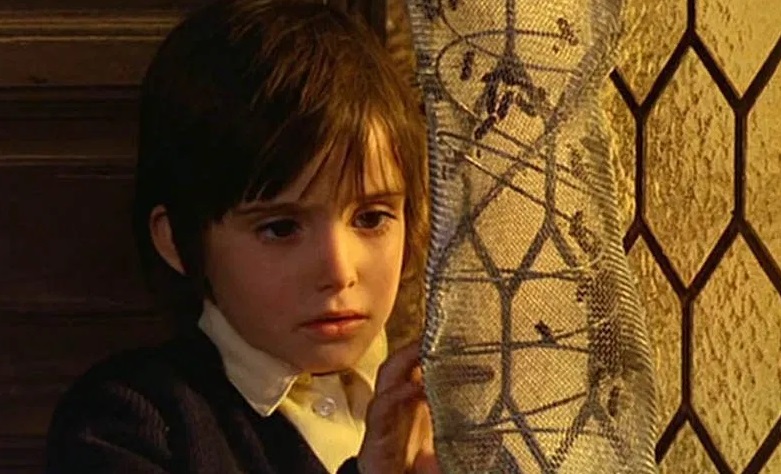 THE first thing you notice about The Spirit of the Beehive is its silence. It has a physical presence. You are always aware of it, because silence is the point: the things we don’t say, the truths we will not utter.

Victor Erice’s 1973 debut begins with the arrival of a traveling cinema in a little town in Spain. It is 1940, and the movie is James Whale’s Frankenstein. Two little girls, Isabel and her wide-eyed little sister, Ana, are in the audience, enraptured.

In their once-grand house, their father tends to his apiary. He writes a letter musing on the frantic activity within the glass beehive — what is it for? Their mother writes to someone she has not seen since the civil war. She rides her bicycle to the station to catch the mail train, whose black-wreathed screams puncture the silence. Their manner is furtive, as if any sudden movement would shatter the inertia.

No one has a conversation, with the exception of the girls, who whisper in their bedroom. Why are they whispering? Who will hear them? I’ve seen Frankenstein’s monster, Isabel claims, in the empty farmhouse with the well. And like many little girls in countless fairy tales, Ana goes to find the monster.

The Spirit of the Beehive is set just after the end of the Spanish Civil War, and the house is paralyzed with sorrow, or fear, or both. Franco the dictator was still alive when the film came out, but maybe it was too enigmatic to incur the ire of the censors. Or else the censors counted on the audience not getting it. Today it is hailed as a masterpiece, its eerie quiet the appropriate soundtrack for a nation traumatized by war.

That trauma would continue long after Franco’s death in 1975, when the leaders of Spain agreed that to make the shift to democracy as smooth as possible, they would simply not talk about the war or prosecute war criminals. It was only in the 1990s, when a new generation demanded to know what had happened to their grandparents, that this “Pact of Oblivion” ended.

Art, especially cinema, was one of the ways the survivors could process the horror of civil war. Erice was expected to be at the forefront of this reckoning, but in the next four and a half decades he made only four more films. Cinematographer Luis Cuadrado, whose images of ruined buildings, empty rooms, dark forests and open fields have the quality of memento mori, went blind.

Without words, it is the images that speak of disorientation, loss, isolation. The characters are rarely in the same frame. They sit down to a meal, but everyone is separate and alone. The geography of the town is as much a mystery to us as it is to Ana. Hidden indoors from an invisible fiend, we recognize ourselves in this solitude. In an arresting scene, townspeople armed with torches search for Ana in the night, like the villagers hunting Frankenstein’s monster.

Guillermo del Toro, whose films The Devil’s Backbone and Pan’s Labyrinth are direct descendants of Erice’s, described it as a film that had seeped into his soul. To watch The Spirit of the Beehive is to return to childhood, when life was a mystery to be investigated, when we dreaded the monsters in the shadows that the world would show us soon enough.

El espíritu de la colmena (The Spirit of the Beehive) is one of the films included in Instituto Cervantes de Manila’s Clásicos contigo / Classics with You, a film cycle of Spanish film classics shown for free through the Instituto Cervantes Vimeo channel during the weekends of July. The five movies — The Spirit of the Beehive (1973) and The South (1983) directed by Víctor Erice; The Holy Innocents (1984) by Mario Camus; La vaquilla (1985) by Luis García Berlanga; and The good star (1997) by Ricardo Franco — will be shown over five weekends, one film per weekend, each title available only for 48 hours. For further information and updates on this film series, check out http://manila.cervantes.es or Instituto Cervantes’ Facebook page: www.facebook.com/InstitutoCervantesManila.