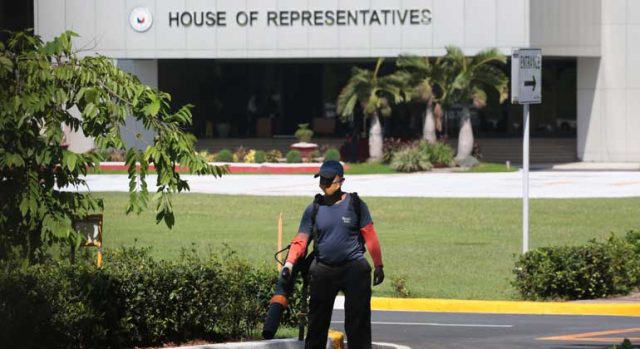 A House of Representatives panel on Friday approved the extension of the Bayanihan to Recover as One Act until Dec. 30, 2021 as the law is set to expire next month.

In a hearing on Friday, the House Committee on Appropriations approved the unnumbered bill that will consolidate House Bills 9196 and 9356 subject to style. The proposed law called for the extension on the release, obligation, and disbursement of funds under the Bayanihan to Recover as One Act, informally known as Bayanihan 2.

The P165-billion economic relief fund was signed by President Rodrigo R. Duterte on Sept. 11, 2020 and was initially set to expire on Dec. 20, 2020. Through the legislation, the appropriations were then extended until June 30, 2021.

“Despite the best efforts to complete each program and initiatives to help the Filipino people rise above the adversity brought about the pandemic, the government finds it difficult to finish the disbursement of the allocated funds to all the beneficiaries until June 30, 2021,” said ACR-CIS Rep. Rowena Niña O. Taduran when she sponsored the measures during the hearing.

The Department of Budget and Management said at the hearing that all the funds under Bayanihan 2 have been remitted to the respective government agencies. Obligation and disbursement of the appropriations are on the part of the government agencies that received the funding.

With the proposed second extension, lawmakers wanted an assurance from all government agencies implementing programs under the Bayanihan 2 that extending the deadline to December 2021 will be long enough for them to finish all of their obligations. The agencies that attended the hearing all said that the December timeline will be sufficient to accomplish this.

APEC Party-list Rep. Sergio C. Dagooc said in the hearing that “the problems in the first extension would not happen in the second extension” once Congress passes the bill. — Gillian M. Cortez

Long-time Marcos aide totally out of his administration