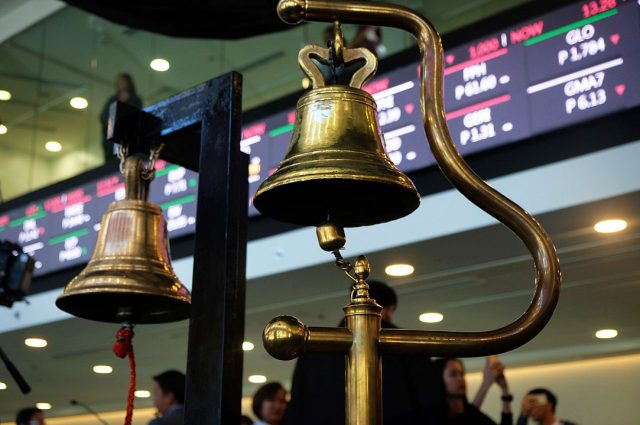 INVESTORS remained cautious as stocks ended lower during the first week of May, driven by the US Federal Reserve’s rate hike, the release of local inflation data, and amid the upcoming national elections.

“The PSEi declined on May 6, 2022, the last trading day before the presidential elections,” Rizal Commercial Banking Corp. Chief Economist Michael L. Ricafort said, adding that the drop is “similar to the recent declines in the US stock markets.”

In an e-mail, he said the market’s movement comes amid the continued increase in interest rates or bond yields that could increase borrowing and financing costs for some listed companies.

Mr. Ricafort added that this development “could also deliberately slow down the US and global economy with potential risk of recession as an unintended consequence in an effort to clamp down elevated inflation, in view of continued aggressive Fed rate hike or monetary tightening signals.”

Diversified Securities, Inc. Equity Trader Aniceto K. Pangan said in a text message, “The market moved in consolidation as the Fed increased policy rate by 50 basis-points (bps) as expected with thin trading with most investors on the sidelines, [and] as the Philippine election nears.”

“This came as interest rates in the US rose with their 10-year bond yield breaching the 3.00% mark,” he added.

Wall Street’s main indexes extended losses on Friday and long-dated US treasury yield surged as investors worried that the Federal Reserve will need to be more aggressive than expected in raising interest rates to combat inflation, Reuters reported.

On Friday, two of the Federal Reserve’s most outspoken policy hawks pushed back on the view that the US central bank missed the boat on the fight against high inflation, citing a tightening of financial conditions that began well before the Fed began raising interest rates in March.

Earlier this week, the Fed raised its policy rate to a range of 0.75% to 1%. Critics say that is far too low to fight inflation running at three times the Fed’s 2% target, Reuters reported.

April’s inflation rose by 4.9% from 4% in March and 4.1% in April a year ago, primarily due to faster pickup in food, utilities, and transport prices.

This was higher than the 4.6% median estimate in a BusinessWorld poll last week and near the upper bound of the 4.2-5% forecast range given by the Bangko Sentral ng Pilipinas for the month.

The stock market also closed on May 3, Tuesday in commemoration of Eid’l Fitr.

Philippine financial markets will be closed on May 9, Monday for the national elections. — Luisa Maria Jacinta C. Jocson with Reuters

How trade sanctions on Russia backfired in Europe