In a previous report by BusinessWorld, the department disclosed that they received 985 complaints from January to March and 8,059 for April and May. During an online forum held on July 14, DTI reported that the month of June brought in 1,782 more cases.

This makes a total of 10,826 for the first six months of the year alone, more than four times of the 2,457 complaints reported during the entirety of 2019.

“From April to June we had 9,841 complaints, because in the new normal, … everything is already online,” said Undersecretary Ruth B. Castelo, who heads the department’s Consumer Protection Group (DTI-CPG).

Of this year’s total complaints, 30.81% were against Lazada and Shopee, lower than its previous tally of 45%. Ms. Castelo credits this to the two e-commerce platforms’ stringent reputation management. “They are foreign companies and they do business around the world. They cannot afford to not resolve the consumer complaints,” she said.

Consequently, more complaints now involve transactions from Facebook and other online platforms due to the number of unregistered businesses operating on these sites.

Price Act-related violations continue to make up the majority of the complaints, tallying 7,395 cases or roughly 75% of the total number. This is higher than its previously reported 51% mark in May.

Most involved overpricing of rubbing alcohol, face masks, and other medical essentials and devices. There were also many complaints regarding defective products, poor customer service, and deceptive sales acts and practices, wherein the seller “provides a misinterpretation in the character and nature of the item sold”.

If any consumer experiences these issues or other concerns of a similar nature, DTI reminds them that they have the right to demand a repair, replacement, or refund of a product, in this order, from the seller. 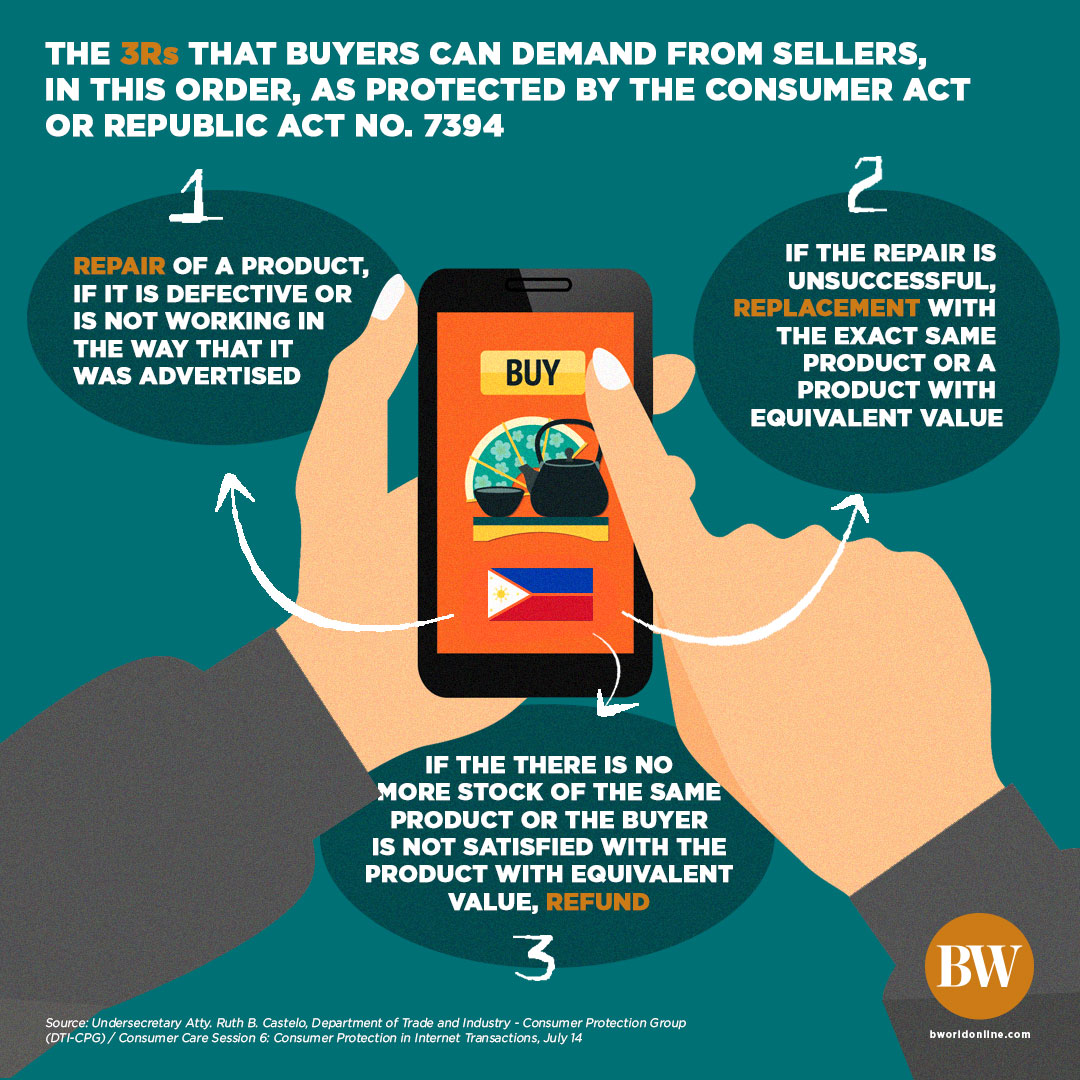 They may also file a complaint through the official channels of the department, whether through their hotline, consumer care email address, snail mail, or SMS. If the complaint is validated, it is resolved through two possible processes.

The two involved parties will first undergo mediation, wherein a DTI mediator will help them resolve the issue amicably. If unsuccessful, the mediation division will issue a certificate to file action, which leads to the process of adjudication.

“This is already a formal charge. You will have to file the complaint, and then the office, FTEB [Fair Trade Enforcement Bureau under DTI], will file a formal charge against the respondent,” explained Ms. Castelo. “It’s a formal hearing but it’s very fast—around two hearing days—and then you will be given time to complete all the documentary requirements. Within 20 days upon completion of all the requirements, the case will have to be resolved.”

However, she also reminds consumers that responsibilities to take action accompany their rights. This includes, for example, speaking out on behalf of a buyer at a physical store who may be too meek to assert themselves to the cashier or management.

“If we see anything wrong that is happening around us, as consumers, please take action… We need to be wise consumers. We need to be responsible,” said Ms. Castelo. 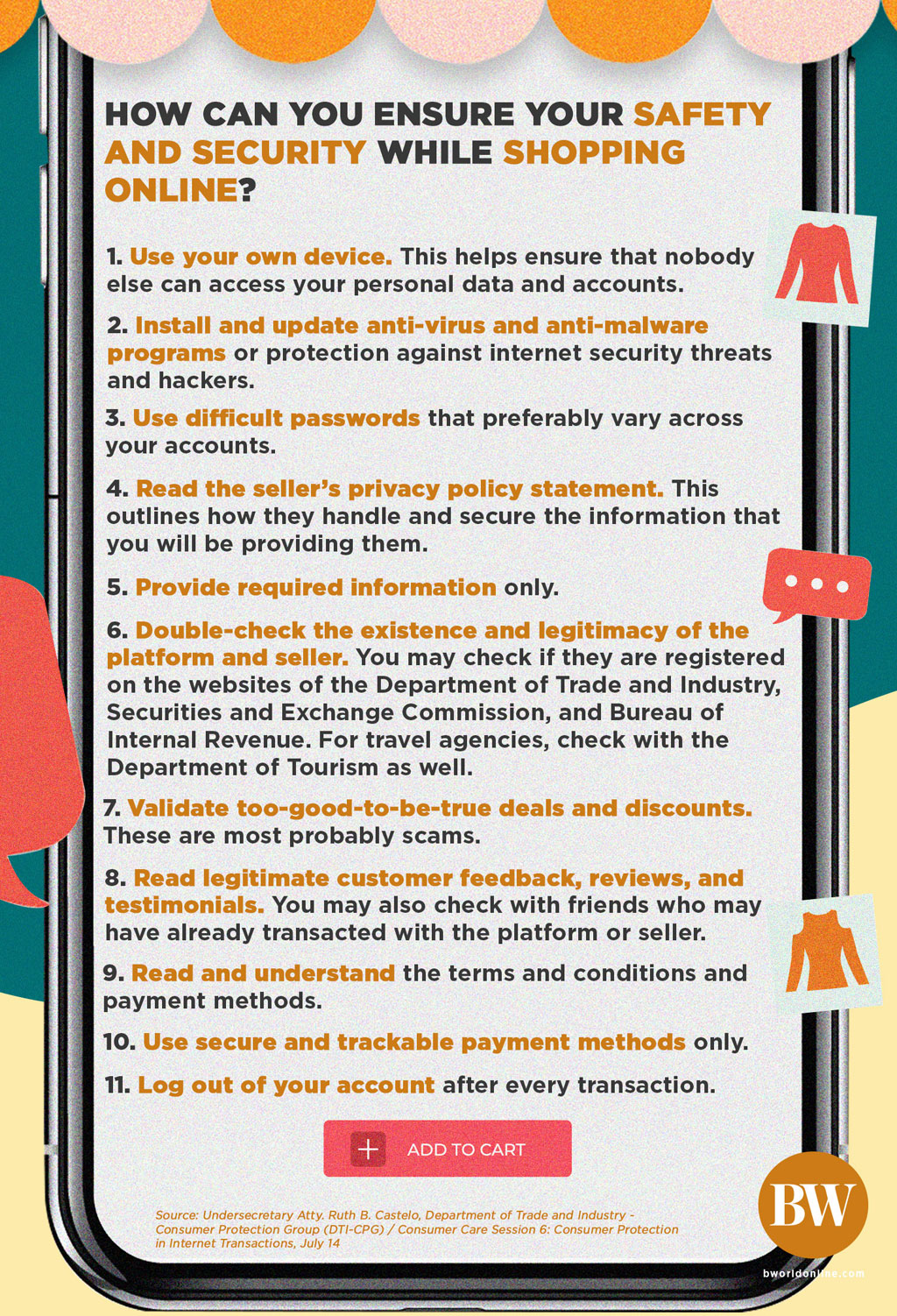