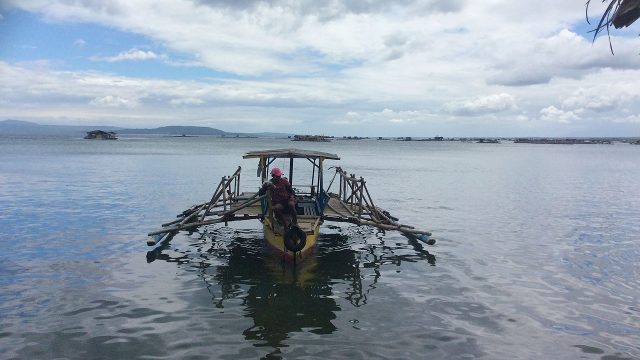 A FISHERS’ group lamented the reported P9.8-billion unused fund under the Agriculture department’s 2020 budget, saying this could have been spent for production subsidies to farmers and fishers amid the coronavirus pandemic.

Pambansang Lakas ng Kilusang Mamamalakaya ng Pilipinas (PAMALAKAYA) said in a statement on Monday that the Agriculture department could have aided at least 653,000 farmers and fishers with a P15,000 subsidy each.

The Commission on Audit, in its 2020 report, said P9.8 billion of the Department of Agriculture’s (DA) P59-billion budget for 2020 was unspent and remitted back to the National Treasury.

PAMALAKAYA National Chairperson Fernando L. Hicap said the subsidy could have boosted the output of the country’s food producers.

“This also means that unstable food supply and prices in the market could have been avoided if only the government heeded the demand of the country’s food security front liners for livelihood subsidy and aid,” Mr. Hicap said.

PAMALAKAYA and other rural-based progressive groups have been calling for a P15,000 subsidy for livelihood and production expenses.

According to the group, the subsidy proposal was filed by the Makabayan bloc in the House of Representatives under House Bill 9192.

“The agricultural production subsidy for fishers will be apportioned mostly for fuel expenses which eat up almost 80% of a regular fishing trip,” the group said.

Meanwhile, PAMALAKAYA reiterated its call for the DA to explain to the public the cited “irregularities” in the budget spending.

The group added that the Agriculture department should maximize its remaining budget for this year to improve production by distributing subsidies.

“Apart from the explanation, the DA is morally and mandatorily compelled to strengthen local food production via support on farmers and fishers to ensure domestic food security amid the public health crisis,” Mr. Hicap said.

Agriculture Secretary William D. Dar recently issued a statement saying that the DA did not commit any irregularities and do not tolerate corruption.

“As per DA Undersecretary for Administration and Finance Roldan G. Gorgonio, we received the CoA report on July 2, 2021. Therefore, we still have until Sept. 2, 2021, to satisfy the CoA’s observations through our categorical replies. Since July, we have been consolidating the respective reports from our concerned DA offices and operating units, and we will submit them promptly to CoA, on or before Sept. 2,” Mr. Dar said.

“We assure our clientele… that we, at the OneDA Family do not and will not tolerate corruption, as we try to comply with all government accounting and auditing procedures and requirements, and continuously pursue aboveboard our planned programs and initiatives to increase the productivity and incomes of farmers and fisherfolk, and attain a food-secure and resilient Philippines,” he added. — Revin Mikhael D. Ochave

Retailers back booster requirement for shoppers