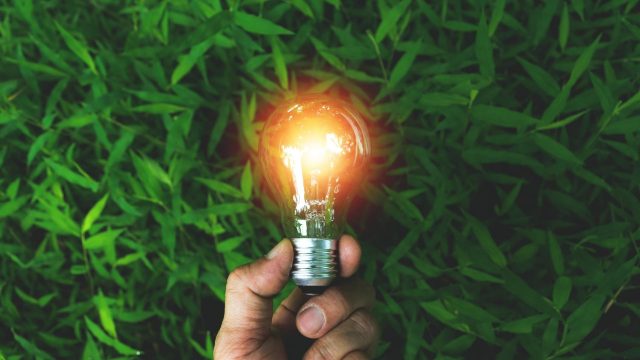 SN Aboitiz Power Group hosted “Making the Switch to a Greener Future,” a virtual talk on renewable energy and the Green Energy Option Program (GEOP) in December as part of its ‘SNAP Conversations’ webinar series.

The online event, which was supported by the Nordic Chamber of Commerce of the Philippines, featured industry experts from the Department of Energy (DOE) and the Energy Regulatory Commission (ERC) who presented the program features and policies of GEOP. 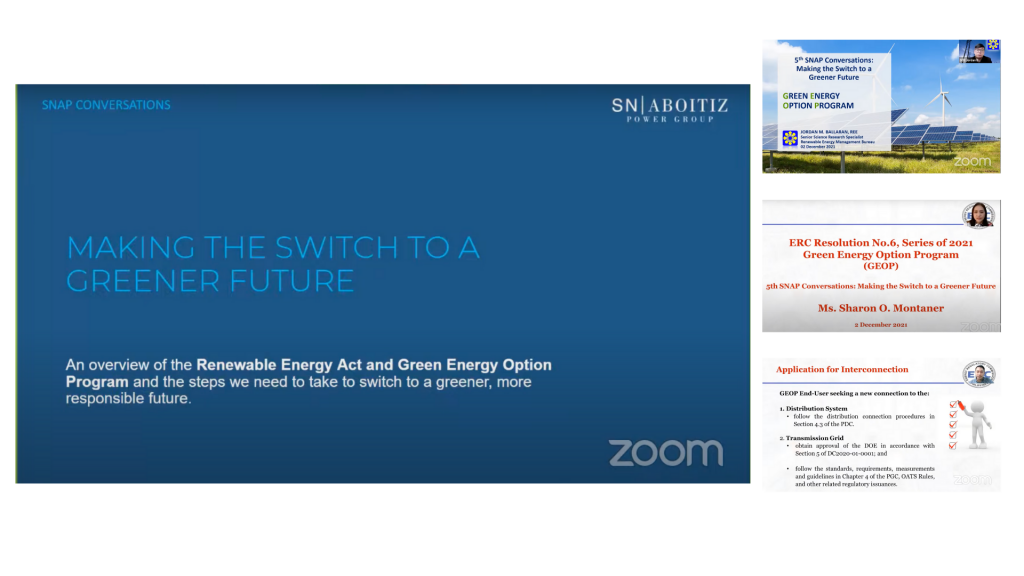 In his opening remarks, SNAP President and CEO Joseph Yu noted that climate action has become a critical issue for the energy sector. “Reducing emissions or getting to zero requires long-term planning on the part of both developers and for consumers, and we’ve seen that both the public and private sectors are increasingly and equally committed to achieving these goals. SNAP is well-positioned to support the steady rise in demand for RE. Our goals are to expand our portfolio to include other forms of renewable energy, and support our customers as they transition to responsible, renewable energy.”

Jordan Ballaran, Senior Science Research from the DOE’s Renewable Energy Management Bureau, discussed the agency’s efforts to attain the objectives of the Renewable Energy Law to accelerate the development of RE resources, achieve energy self-reliance, and mitigate the effects of climate change. “The DOE is studying a lot of policies to support RE [and] to achieve our clean energy scenario,” Ballaran said.

One such initiative is the Green Energy Option Program, a voluntary policy mechanism that provides electricity end-users consuming at least 100 kilowatts of power the option to source their supply from renewables.

The ERC’s Sharon Montañer, Director of Market Operations Service; Jayson Corpuz, Head of the Renewable Energy Division; and Liza Lagman, Head of the Contestable Market Division, presented the details of the GEOP regulatory framework. GEOP rules took effect on September 3, with a transitory period of three months, and full implementation began on December 3.

With the launch of GEOP, Ballaran said they expect commercial and industrial consumers to come in, as well as micro, small and medium enterprises (MSMEs), while Corpuz added that companies with ‘green’ or sustainable advocacies may look to switch to GEOP. Through policy mechanisms and initiatives such as GEOP, consumers can contribute to the country’s energy sustainability goals.