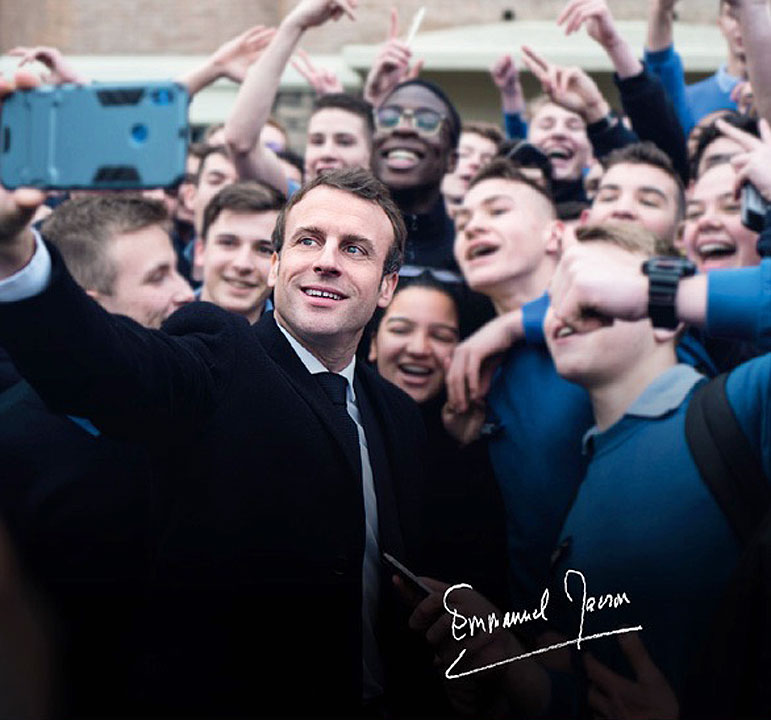 After the first-round elections on April 10, followed by the April 24 runoff, France voted reelectionist Emmanuel Macron as president for another five years against Marine Le Pen, 58.54% against 41.6%. But from all indications, those numbers are ambiguous because French media reported that Macron’s firm support could not have been more than 28%, representing those who voted for him during the runoff. The rest were the beavers “who want to build a dam” against the far-right Le Pen without really supporting him. On the other hand, majority of the 42% who opted for Le Pen wrote her name on the ballot because they wanted to express “anger and resentment” against Macron’s government which failed them.

More interesting is that Le Pen lost the election because many of those who avoided her were not exactly Macron supporters, but she was unacceptable to many French people because of her father, “an unreconstructed far-rightist.” Her weak executive experience also trimmed her votes.

Macron should not get too excited in celebrating his victory. He would be claiming the crown while 28% of the voters actually abstained, the highest number in 50 years. Some 8.6% of those who voted either delivered a blank ballot or spoilt their papers. One in four French people stayed away from the initial polls. Macron would also be challenged by the need to establish a majority in the parliament, with immense threat from the left-wing presidential candidate Jean-Luc Melenchon who finished a strong third during the initial round. Forming a rainbow coalition is unavoidable if Macron is serious about his legislative agenda. In France, that is called cohabitation.

And Macron’s legislative list is long and tough to shepherd through Parlement français.

He will have his hands full with the pension reform which could be divisive. The so-called “yellow vest” movement could form around the issue of inflation in France. He will have to deliver on his campaign promise to overhaul France’s climate policy which involves the green transition and implementation ranging from energy conservation to air pollution and tree planting. Major reforms of the European Union are also in Macron’s agenda as he would need considerable skill in steering France through the Ukraine-Russia war.

We don’t see electoral ambiguity happening in the Philippines on May 9.

What is emerging is the polarization of politics into the color-coded political camps of Vice-President Leni Robredo and former Senator Bongbong Marcos. If there was a runoff (if the Philippine Constitution had allowed for such), it would have been between the two of them who would have gathered the biggest number of votes. It’s not going to be a three or 10-way contest. The other presidential candidates would have failed to win enough votes to join in the final showdown if we were on French soil. Their tiny survey results appear to confirm this weak ability to inspire votes; their rallies are sparse and there is little euphoria on which to build momentum. Unlike Marcos Jr., however, they have never lacked courage to stand for hours and debate before the public in utter respect for the electorate and our democratic process.

But there could be some potential problems.

Unlike in France, the next leaders in the Philippines might be selected based on “soft facts” crafted by paid trolls and bloggers, disinformation if you will, rather than on hard facts. The truth in this country seems to have been devalued such that people from nearly all income classes would rather depend on TikToks and tweets than on actually studying the issues and forming their own judgment. With unprecedented resources behind him, Marcos Jr. has been in this game for the last six years while he was also protesting his loss to VP Leni in 2016.

In a recent interview, he reiterated his reservation with the final decision of the Presidential Electoral Tribunal in declaring Ms. Robredo as the duly-elected vice-president. Yet, it was he who claimed he was cheated, it was he who chose the specific provinces for the recount, and it was he who saw that VP Leni’s margin of over 200,000 votes even increased by around 15,000. Marcos Jr. should be advised that he is casting doubt on the integrity of the same institution that would decide on any dispute that might arise on May 9.

Some NGOs have taken up the cause of fact checking the contents of these social media uploads. By this time, more and more people have come to know the truth behind Marcos Jr.’s academic credentials, his public service record, Marcos Sr.’s plunder of the public treasury and human rights violations, as well as Marcos Jr.’s conviction for tax violations. It’s a question of time before the Filipino people succeed in reversing the tide of the Goebbels-like disinformation campaign. But for many unsuspecting Filipinos, six years of repetition have entrenched these lies in the people’s mind.

Umberto Eco’s book On Literature argues that while truth is powerful, “experience teaches us that truth often takes a long time to prevail, and the acceptance of truth costs blood and tears.”

What could accelerate the emergence of truth?

One is for those who support the truth to realize that survey results may not be conclusive. It is true many commentators have expressed their thoughts on the enormous challenge of consolidating the momentum of VP Leni and converting this to actual votes. For the latest available survey results continue to favor Marcos Jr. even as he loses momentum and VP Leni gains it by a large margin. On the other hand, one analysis using Google Trends and applying this to the French election, assessed Macron and Le Pen to score 57% and 43%, respectively. The actual result last April 24? Macron won 58.5% of the votes while Le Pen ended up with 41.5%.

So far during the week ending April 18, VP Leni garnered 54% of all Google searches. With Marcos Jr. at less than half at 21%, it seems the pinks have it.

Of course, neither survey results nor Google Trends wins election. It is the votes that will be cast on May 9 that do.

There is something in VP Leni’s campaign that is noticeably absent in Marcos Jr.’s. It is momentum. It is the kind of momentum coming from VP Leni herself by inspiring people to think beyond this generation, and the people themselves who are prepared to render volunteer service. They spend their own money and do everything that would help their candidate and her entire ticket. “Hindi kami bayad” (We are not paid off) has been the distinguishing chant of VP Leni’s crowds, numbering in the tens and hundreds of thousands in each major city and province. The snowballing continues to this day.

For beyond the massive support of star entertainers, VP Leni’s campaigns are discourses with substantive political and economic content. She offers an agenda of change in governance, rule of law and justice, public health management, economic growth and jobs, and territorial integrity.

It should not be surprising that the business community is more comfortable with her candidacy; she has a clear-cut platform of government. No guesswork is necessary because she is always engaged in public debates. No trace of corruption could be thrown at her or her family. She is not a product of social media. She is a real person who experiences fatigue — she removes her high-heeled shoes when her feet command her to do so. She has no qualms about taking public transport. She loved to serve even before her foray into politics.

Both leading candidates should realize that the next six years after Duterte (A.D.) would be more difficult than when he assumed the presidency in 2016. Not rosy, but we see more thorns definitely. The world is just recovering from the two years of pandemic lockdowns and another threat looms ahead. Russia has changed the equation in the petroleum and grains industry. Therefore, governance is harder to execute to achieve economic recovery and provide jobs to our people.

It is important that we also remind ourselves of the availability bias. When we navigate, we tend to prefer a wrong map than no map at all. The beauty of VP Leni’s candidacy is that she is offering a map, and it is the right one.

Diwa C. Guinigundo is the former deputy governor for the Monetary and Economics Sector, the Bangko Sentral ng Pilipinas (BSP). He served the BSP for 41 years. In 2001-2003, he was alternate executive director at the International Monetary Fund in Washington, DC. He is the senior pastor of the Fullness of Christ International Ministries in Mandaluyong.