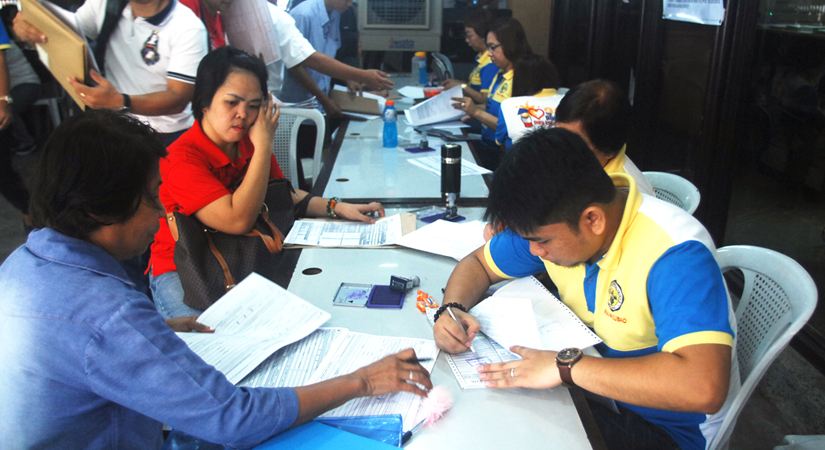 THE Bureau of Internal Revenue (BIR) said it expects lower tax collection for the first two months of the year, as the outbreak of the coronavirus disease 2019 (COVID-19) and the eruption of Taal Volcano last month disrupted company operations.

BIR Deputy Commissioner for Operations Arnel S.D. Guballa said some businesses had reported a decline in sales due to the volcanic eruption and the outbreak.

Mr. Guballa said some hotels had reported their occupancy rates plummeting to as low as 12% due to the virus scare, even after offering discounted rates.

He said the bureau’s regional offices are still assessing the potential impact on their collections, especially those from large taxpayers who account for more than half or P1.6 trillion of the BIR’s collection target of P2.576 trillion for the year.

“Actually nagsesend na ng feelers na don’t expect voluntary payments this coming month. So ’yan ang ginagawan na namin ng remedy on how to still cope (Actually, they are sending feelers not to expect voluntary payments to be good this month. So we are looking at remedies to cope),” Mr. Guballa told reporters on the sidelines of a BIR event on Friday.

The BIR official said they are now looking at alternatives to raise revenues, but they still hope the impact will not be that significant.

The BIR’s target collection this year will account for 78% of the P3.3-trillion goal for the country’s two biggest tax agencies, with the Customs bureau tasked to collect the remaining P731.235 billion.

Bureau of Customs (BoC) Commissioner Leonardo B. Guerrero has said some importers had reported delays in shipments this month, while some failed to ship goods from China to the Philippines due to lack of manpower.

Mr. Guerrero said when the news of the COVID-19 outbreak spread, there were workers in China that extended their vacation after the Chinese New Year, leaving businesses without enough workers to operate.

Even with the virus outbreak and Taal Volcano’s eruption last month expected to dent economic expansion, Finance Secretary Carlos G. Dominguez III has said they are keeping this year’s growth target of 6.5-7.5% as they expect the impact to be minimal.

Collections of the BIR and Customs make up the bulk of the country’s revenues, with other collections coming from the Bureau of the Treasury and nontax revenue from other offices, such as privatization proceeds and fees.

These revenues are meant to fund the government’s P4.1-trillion spending program this year, with other funding to come from local or foreign borrowings, as the country still operates on a budget deficit. — Beatrice M. Laforga