Nearly 10 million people die from cancer all over the world every year. In 2018, in the Philippines, that number was 86,337, with 141,021 recorded new cases that year alone, according to the International Agency for Research on Cancer.

By 2030, the number of global cancer deaths is predicted to rise to 13 million a year. More than a third of which can be prevented.

Every Feb. 4, the Union for International Cancer Control (UICC) leads the initiative in holding World Cancer Day, a global drive to raise awareness, improve education, and dispel prevalent myths about the deadly disease.

The initiative aims to be a catalyst for personal, collective and government action towards reimagining a world where millions of preventable cancer deaths are saved and access to life-saving cancer treatment and care is equal for all — no matter who you are or where you live.

“Created in 2000, World Cancer Day has grown into a positive movement for everyone, everywhere to unite under one voice to face one of our greatest challenges in history,” the organization said on the World Cancer Day’s official web site.

“Each year, hundreds of activities and events take place around the world, gathering communities, organizations and individuals in schools, businesses, hospitals, marketplaces, parks, community halls, places of worship —in the streets and online — acting as a powerful reminder that we all have a role to play in reducing the global impact of cancer.” 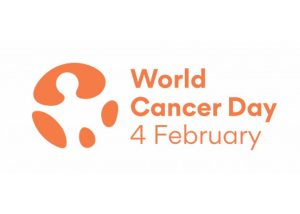 The theme for this year emphasizes one’s individual power in enacting this change. Dubbed, “I Am and I Will”, the theme aims to empower individuals and recognize their commitment to act, seeking to reach a goal of reducing the number of premature deaths from cancer and noncommunicable diseases by one third by 2030.

What can I do to help?

The most dangerous thing about cancer is the fearsome power it holds over people. Once, the mere diagnosis of cancer is akin to a death sentence for any particular person, rich or poor, young or old.

Nowadays, it is not quite the case. While cancer still is a serious disease commanding grave concern, we understand more about it than ever before. The old stigma surrounding cancer is no longer productive, because more than one third of cancer cases can be prevented. Another third can be cured if detected early and treated properly.

By implementing resource-appropriate strategies on prevention, early detection and treatment, up to 3.7 million lives could be saved every year.

Vaccination, for instance, against the human papilloma virus (HPV) and screening for pre-cancer or cancer are key tools to prevent the estimated 530,000 new cervical cancer cases diagnosed every year.

Awareness of the signs and symptoms of the different types of cancer, including breast, cervical, colorectal, skin, oral, and some childhood cancers, can add more to that number. A recent UK study found that for eight common cancers, survival is three times higher when diagnosed early.

This means that early diagnosis can greatly improve one’s chances of survival and quality of life. What’s more, recognizing early warning signs of some cancer is cost-effective and, in many cases, doesn’t require any specialist technologies.

“As an individual, we can teach ourselves, the people we love — including teachers, parents and caregivers and our communities — about the common signs and symptoms,” the World Cancer Day web site writes.

“Health professionals need to understand the signs and symptoms to avoid misdiagnosis and understand and encourage the value of early detection in their patients. Policy makers have a critical role to play. Governments can develop strategies to increase awareness and education and integrate early detection and screening into national health systems.”

Showing support towards public campaigns against harmful substances and activities also play a significant role in the fight against cancer. Tobacco use, alcohol use, unhealthy diets, and physical inactivity are huge contributors to cancer risk, and continuing the pressure to stigmatize such risks will go a long way towards preventing more deaths. Lung cancer, especially, kills more people than any other cancer – a trend that is expected to continue until 2030 unless efforts for global tobacco control are greatly intensified.

Through such efforts, a single person can help contribute to a change much greater than themselves, saving millions of lives and ending the fearsome power cancer holds over the world.

“Our fears can prevent us from seeking early detection, or to delay or avoid treatment and care altogether. Often, by receiving diagnosis at a late stage or not seeking treatment at all, this can result in worse outcomes, which in turn perpetuates the myths and misconception of cancer being incurable or untreatable.” — Bjorn Biel M. Beltran

Reports warn of explosion in cancer deaths among women

Manila International Auto Show 2019: Driving fun and function in the Philippines’ car and...

The legacy of a great man