This column will briefly tackle two discoveries related to the Wuhan/China virus, a.k.a. SARS-CoV-2 which causes coronavirus disease 2019, better known as COVID-19. Take note that global deaths from regular flu, pandemics not included, is between 300,000 to 646,000 per year. 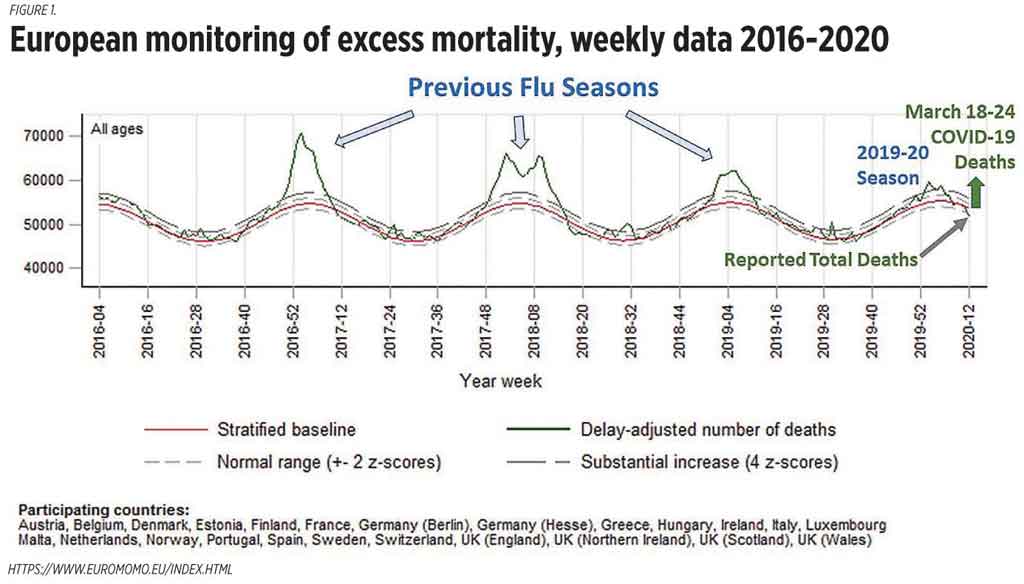 Second, the level of new medicines, new vaccines and new diagnostics to detect whether patients are genuinely infected with the virus or not, are developing at a fast rate. As of mid-March 2020, more than 20 vaccines and antiviral medicines are being developed against this virus, undergoing nearly 80 clinical trials in various phases in various countries, data from the International Federation of Pharmaceutical Manufacturers Association (IFPMA) (see Figure 2). 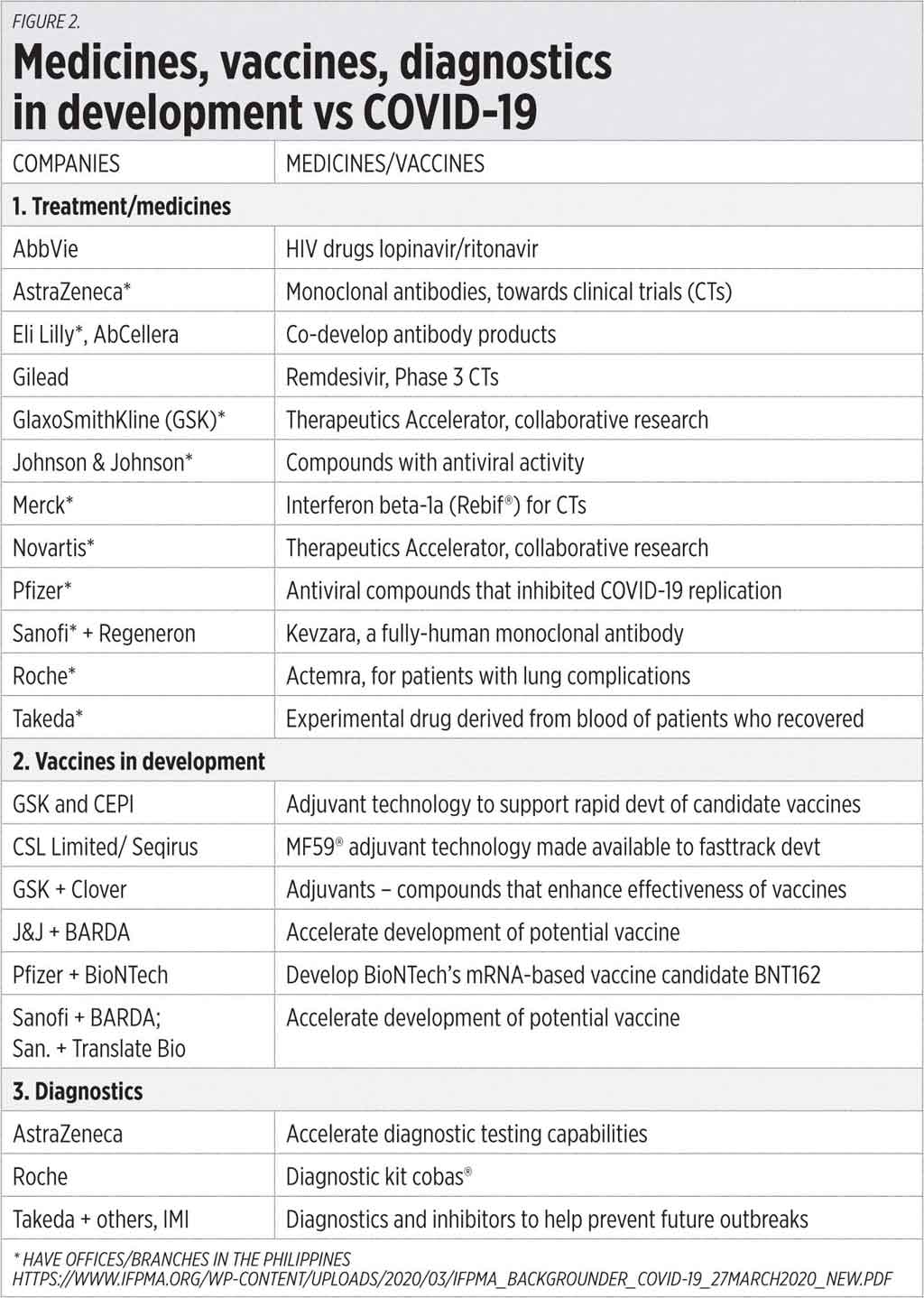 Now the same innovator companies seeking various treatment and inhibitors to this virus are being subjected to political harassment and confiscation of their successful, more disease-killing medicines in the Philippines via Executive Order (EO) 104 signed by President Duterte on Feb. 17. It aims to impose a second round of drug price controls mainly at the maximum wholesale price (MWP), then at maximum retail price (MRP). The first round of price controls was in July 2009, through EO 821 of the Gloria Arroyo administration.

I attended the Department of Health (DoH) Advisory Council meeting on March 6 at Axiaa Hotel, Quezon City, and I questioned certain provisions of EO 104.

One, the four criteria of EO 104 where price control can be imposed are not found in the Cheaper Medicines Act of 2008 (RA 9502) or its Implementing rules and regulations (IRR), they have no legal basis as DoH just invented and legislated new criteria on its own.

Two, the so-called “studies showing PH medicine prices are much higher than Asian neighbors” say as of 2018 or 2019 are actually not available, I searched for them many times online, and not in some DoH hard literature.

Three, DoH’s criteria #4, if medicines are most prescribed by physicians, then it should be price controlled. This is based on envy, penalizing successful, more disease-killing medicines. And perhaps hoping that the manufacturers of these medicines will pull out their products, not selling at a loss, so that the less-prescribed medicines by some local manufacturers will become famous?

The DoH officials in the room responded as follows:

On #1: The DoH can cover any molecules for MRP, they can establish any criteria to have “fair” pricing.

On #2: There are several studies available.

On #3: They are not penalizing success, they just want medicines that are priced “fairly.”

Consider a hypothetical situation where a new medicine or vaccine has been discovered already to be effective and safe vs the China virus and it’s high priced (high costs to develop it, etc.). Do we expect the DoH to impose price control on it?

By the DoH insistence on “fair” pricing based on very subjective criteria, the answer is very likely, “Yes.”

And that is a danger that Philippine patients and health practitioners might face. Effective treatment vs the virus is available in Singapore, Malaysia, Thailand, but not in the Philippines because the government has a political harassment EO waiting for it when it lands in the country.

The government should rethink this EO 104, pull it out without fanfare. Encourage innovators, not scare them.

Energy and elections: The Philippines and Australia