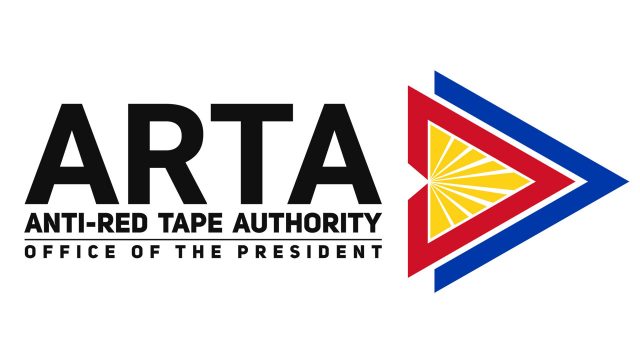 THE Anti-Red Tape Authority (ARTA) said it will propose an additional P40 million in its 2023 budget to support its field offices and to procure vehicles.

ARTA OIC and Deputy Director General Ernesto V. Perez said in a Viber message that the funds will support “the eight cluster regional field offices for the implementation of activities… and additional budget under general management and supervision particularly for the procurement of motor vehicles.”

“Given (the) limited fiscal space, (ARTA’s) full potential to initiate various anti-red tape initiatives to deliver more results is quite constrained. With additional funding, ARTA will be able to launch more programs, projects, and other initiatives to speed up the government’s effort to improve the country’s business climate and deliver the necessary services to Filipinos in the most effective and efficient way,” it said.

As the previous administration was winding down, Mr. Perez said ARTA abandoned its original plan to push for additional funds in its 2022 budget. Instead, the ARTA opted to include the additional budget request in the 2023 budget proposal to the Department of Budget and Management (DBM) for inclusion in the 2023 National Expenditure Program.

“In March 2022, to augment the approved ARTA FY 2022 General Appropriations Act (GAA) budget, the ARTA planned to request a supplemental budget to support the implementation of various programs, activities and projects and ARTA Regional Field Offices amounting to P40 million to the Office of the President (OP) proposed to be sourced from the President’s contingent fund,” Mr. Perez said.

“However, considering that the term of President Rodrigo R. Duterte was about to end on June 30, 2022 and that the election period/ban would put limitations on the release of funds if ever, the ARTA did not go through with the request for supplemental budget to the OP,” he added.

If approved by President Ferdinand R. Marcos, Jr., “we hope to fully operationalize our regional field offices. Further, we are hopeful that (Mr. Marcos) will approve our budget proposal that would facilitate the continuous implementation of the Ease of Doing Business (EoDB) law,” Mr. Perez said.

ARTA said it will also submit a proposal to the OP, through the DBM, to expand staffing to at least 700 workers.

“(ARTA) is tasked to monitor around 10,173 priority government agencies in the country, not counting the 42,046 barangays. By the end of December 2021, the (ARTA) only had a total workforce of 182 personnel. Of this figure, 124 or 60% are regular employees out of the 208 available plantilla positions and 58 are contract of service personnel,” it said.

“ARTA’s current plantilla of 208 is not enough to meet the increasing demand for the ARTA’s programs and services,” it added.

ARTA is also seeking additional powers to subpoena, find in contempt, and order the preventive suspension of officials under investigation, to ensure proper enforcement of the EoDB law. Currently, ARTA’s streamlining efforts are only recommendatory and not mandatory. — Revin Mikhael D. Ochave

New Clark City set for reopening to the public