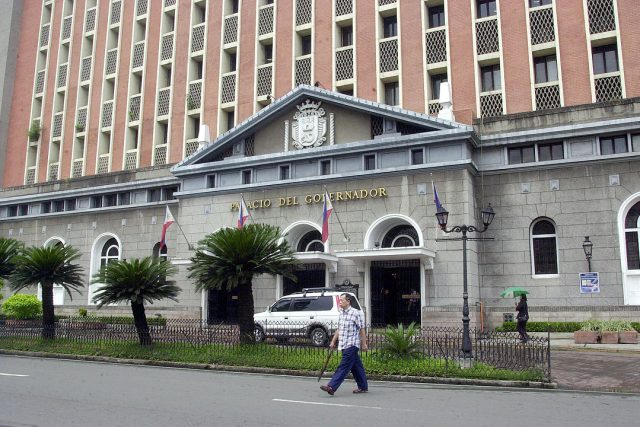 THE COMMISSION on Elections (Comelec) risks losing its credibility after a delayed ruling allowing the son and namesake of the late dictator Ferdinand E. Marcos to run for president this year, political analysts said.

Last week’s delayed decision by the election body’s First Division does not improve people’s confidence about its independence, Maria Ela L. Atienza, a political science professor from the University of the Philippines, said in a Viber message at the weekend.

“The task of Comelec now is to make sure that it can settle internal issues, work swiftly, diligently and fairly, because the campaign period is in full swing and the elections are approaching,” she added.

In the ruling written by Commissioner Aimee P. Ferolino, Comelec said former Senator Ferdinand “Bongbong” R. Marcos, Jr.’s failure to file tax returns in the 1980s, for which he was convicted a decade later for tax evasion, did not involve wicked, deviant behavior.

Commissioner Marlon S. Casquejo, who signed the ruling, also wrote a separate 12-page opinion in which he said Mr. Marcos’s crime did not involve “moral turpitude.”

“We cannot justify such omission necessarily results in injustice; this is an overkill,” he said in his opinion, referring to the presidential bet’s failure to file tax returns. “We cannot link such omission to contravention of morals; this is an exaggerated innuendo.”

“This incident is another massive hit on the independence and integrity of Comelec,” Hansley A. Juliano, a former political science professor studying at Nagoya University’s Graduate School of International Development in Japan, said in a Facebook Messenger chat.

“This becomes far more contentious especially since the composition of Comelec is already subject to scrutiny since most commissioners are Duterte appointees,” he added.

Former First Division Presiding Commissioner Maria Rowena V. Guanzon had accused Ms. Ferolino of delaying the decision to invalidate her vote as the decision was released after she retired.

She released a separate opinion on Jan. 31 in which she voted to disqualify Mr. Marcos, whom she called an ex-convict. She said his repeated failure to file his  tax returns showed a deliberate intent to violate the law.

Ms. Guanzon also alleged that a senator from Davao was meddling in the lawsuit filed by survivors of the dictator’s martial law regime.

Three of Comelec’s members retired last week, leaving it with just four commissioners. It has since reorganized its two divisions.

“Comelec has to be reminded constantly of its accountability to the Filipino people and of its duties to make elections free and fair,” Ms. Atienza added.

“A candidate who was convicted for not paying taxes was allowed to run, while voters are automatically made to pay taxes with the little they earn,” he said in a Viber message in Filipino.

Howard M. Calleja, a lawyer for one of the plaintiffs, earlier said they would seek reconsideration of the ruling this week.

“We will continue to exhaust all remedies available to bring out the truth, to attain justice, and to bring the issue to the proper legal conclusion it deserves,” he said.

“Whether Comelec admits it or not, its attempt to present neutrality in a hyperpolarized election can and will be cast as partiality for the ruling party,” Mr. Juliano said. “The Marcos ruling only helps affirm that.”

Meanwhile, Mr. Marcos kept his lead in Pulse Asia Research’s presidential opinion poll last month, with six of 10 Filipinos likely to vote for him, the polling firm said in a statement on Sunday.

He was followed by Vice-President Maria Leonor “Leni” G. Robredo with 16%, boxing champion and Senator Emmanuel “Manny” D. Pacquiao and Francisco “Isko” M. Domagoso with 8% each and Senator Panfilo “Ping” M. Lacson with 4%.

Among those with a first choice for president, 24% said they would vote for Mr. Domagoso in case their candidate withdraws from the race, Pulse Asia said.