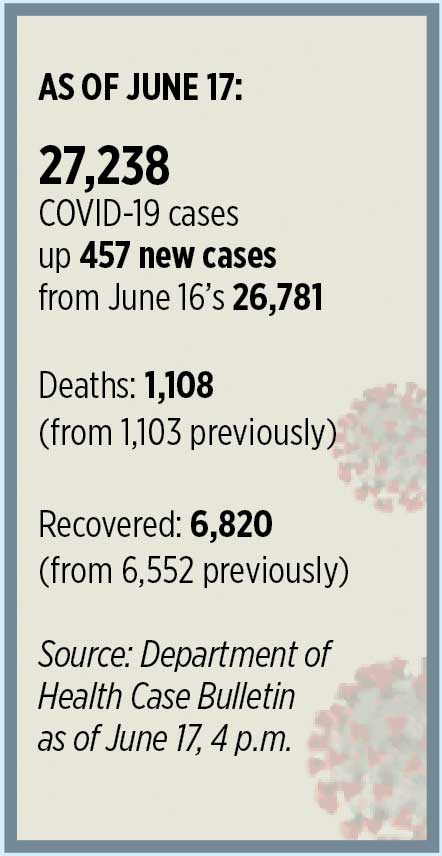 INTERNATIONAL Alert Philippines backs the government’s campaign to register online businesses, saying this is an opportunity to extend a more inclusive assistance program to entrepreneurs in the informal economy as well as a means of protecting consumers. In a statement on June 16, the peacebuilding organization said it “supports the government’s campaign to formalize online businesses, particularly those that emerged from the recent pandemic, to protect consumers and to create a more conducive atmosphere for these businesses to thrive and prosper.” International Alert also said the government must emphasize the benefits of legitimizing businesses rather than “towards generating more taxes… a perception that has unfortunately hampered the public’s understanding of the need to register these enterprises.” It added, “Formalization can open the door to the flow of financial incentives to micro and small informal enterprises that allow them to grow. Formalization can also protect the consumer from defective products. Formalization prevents deadly activities such as money laundering or the sale of illicit drugs and weapons that, according to recent reports, were made possible by shadow online businesses.” The organization noted that in its book Out of the Shadows: Violent Conflict and the Real Economy of Mindanao, co-published by the Ateneo De Manila University Press in 2016, “we made clear that the government must tackle economic informality and shadow economies in a manner that is sensitized to their dual characteristics.” Validating online businesses as part of statebuilding, it said, is closely linked with achieving sustainable peace and development. — Marifi S. Jara

SENATOR RISA N. Hontivero-Baraquel on Wednesday asked the Bureau of Internal Revenue (BIR) to withdraw and review its directive for online sellers to register by July 31 as part of efforts to plug tax leakages. The Department of Finance has clarified that it will not be taxing individuals earning up to P250,000 annually, but Ms. Baraquel said the registration will still cost sellers. “If the circular is still in force and if we’re to strictly follow this government policy, online sellers will have to shell out at least P2,260 just to register,” she said in an online forum. “Isipin natin ‘yan sa konteksto na ilang daan lang o kaunting libo lang sa isang buong buwan ang kinikita (Let’s take that within the context that sellers earn just several hundreds or thousands in a month),” she said. The estimated registration cost would involve certification from the Department of Trade and Industry, BIR registration fee, and printing of official receipts. Majority Leader Juan Miguel F. Zubiri on Sunday said the bureau will unlikely get the support of senators, who slammed the plan to tax online sellers amid the coronavirus disease 2019 crisis. They have recommended that the government instead go after unpaid taxes from Philippine Offshore Gaming Operators. — Charmaine A. Tadalan

RESTAURANT OWNERS in Davao City welcomed the new government policy that now allows dine-in operations at 30% seating capacity. “Well its better than zero dine-in… I understand that cautious approach of the government,” Benjamin Lizada, president of the Restaurant Owners Association of Davao City (RestoDC) Inc., said through viber. Mr. Lizada said income from dine-in customers will help operators who are struggling to cover costs and taxes with just take-out and delivery services. At the same time, RestoDC called on government and delivery service firms to regulate unregistered home-based food providers. “RestoDC is not against unlicensed/unregistered home-based food providers per se. Times are difficult. They are also looking for a living. As far as RestoDC is concerned, they can very well sell in their neighborhoods. But only in their neighborhoods and sell to family and friends,” Mr. Lizada said. He added that these home-based food providers should not be allowed to sell to the entire Davao City market via legitimate food delivery outfits like Grab, Food Panda, and Cinderbel. “If government allows it, what is the message? The legitimate (restaurants) can now go underground, invent a new name, tweak their menus/products and sell online as well. We are equipped to do that with our commissaries and our cooks/chefs. We will decimate these unlicensed/unregistered providers if we also stop paying rent, taxes and huge salaries. We will win but government will lose in the process, which means, we will all lose,” Mr. Lizada said, “That’s just for the restos. Imagine if everyone is allowed to sell other products unregulated like groceries, medicines, apparel, etc. The list is endless. What will happen to fair competition and consumer protection?” — Maya M. Padillo

Long-time Marcos aide totally out of his administration