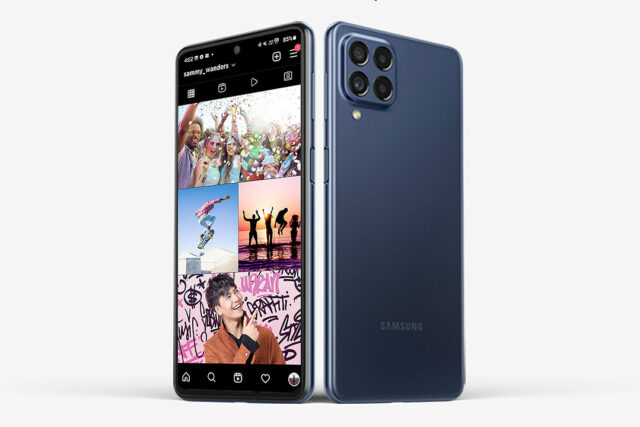 The company said the phone features improved technologies at an affordable price. The Galaxy M53 5G is available for P3,000 off for this month at just P26,990 from the original price of P29,990 on samsung.com/ph and other online platforms. The available color options are blue, green and brown.

“The new device is the creative’ best choice as it balances style with functionality, allowing them to freely express themselves,” Samsung said.

“The new Galaxy M53 5G will help creative buffs capture, curate, and convey the moments that showcase who they are, right to the smallest details,” it added.

The M53 5G is powered by an octa-core processor and 8GB of RAM. It comes with 256GB of internal storage expandable up to 1TB via microSD card.

The phone comes with a 6.7-inch Infinity-O Super AMOLED Plus display and its bezel-less design offers a wider aspect ratio. Its screen has a refresh rate of 120 Hz for less blur and vivid details and contrast.

The M53 5G features a quad-camera rear setup with a 108MP main wide-angle lens, an 8MP ultra-wide camera, and 2MP macro and depth cameras. It also has a 32MP front camera.

The smartphone has a Mic mode feature to customize sounds for your needs. Voice Focus amplifies the caller’s voice with enhanced noise cancellation, while All Sound adds ambient sounds.

It also has a 5,000mAh battery and supports fast charging.

Keeping up with the times through innovation