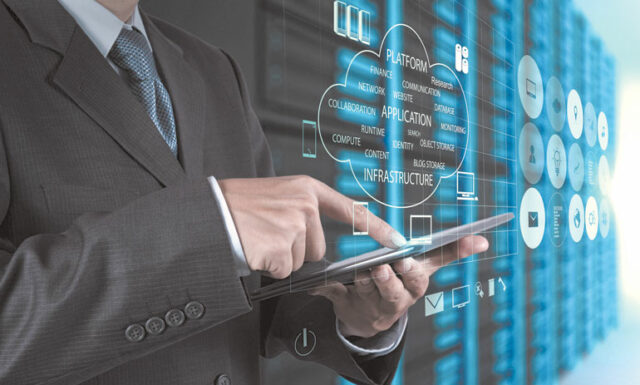 Data centers are becoming a growing opportunity in the Philippines in the past few years, especially as the coronavirus disease 2019 (COVID-19) pandemic further accelerated digital transformation among organizations and individuals. From a few facilities that cater solely to telco players, much more have been emerging and are serving a wider range of demands, creating a more welcoming market for data centers.

According to a report from industry research company ResearchandMarkets.com published last year, the Philippine data center market is projected to witness investments of US$535 million by 2026, growing at a compound annual growth rate of 11.40% during 2021-2026.

In addition to existing centers, more are in the pipeline. These include one from DITO Telecommunity Corp. in Mabalacat, Pampanga; a P1-billion facility from Converge ICT Solutions, Inc. in Cebu; Alibaba Cloud’s first data center in the country, announced to be set up in Manila; and one from YCO Cloud Centers, to be located in Malvar, Batangas.

Reynaldo R. Huergas, president and chief executive officer of local IT solutions provider Bee Information Technology PH, Inc. (Beeinfotech PH), observed that before the company opened its first data center in the Philippines in 2020, the country was hardly seen as a growing destination for data centers.

“Beeinfotech PH went aggressive with the messaging that the Philippines is the perfect new destination for data centers. Suddenly, the market realized that they are missing the potential of the Philippines as the next jurisdiction to set up data centers,” Mr. Huergas said in an e-mail.

The Beeinfotech PH president added that what has driven the demand for data centers in the country was the clamor for a “true neutral facility where all telcos, ISPs (Internet service providers), and global providers is spurring the demand.”

“If you check with the NTC (National Telecommunications Commission), there are hundreds of small to medium ISPs. If you look at their IT setup, they should have a data center facility to handle their equipment and interconnect links,” he observed. “Because Beeinfotech PH is not a telco-based data center and does not compete with them, they are more comfortable and more at ease in setting up their facilities with us.”

Other demand drivers previously noticed to be raising the interest in data centers include, among others, the government’s push to develop infrastructure and digitize many processes, the talent pool of engineering and IT professionals, and the uptick in e-commerce.

Moreover, real estate services firm Jones Lang LaSalle (JLL) shared in a recent webinar that while the market is “still at its early stages” and dominated by telco providers, data centers are gearing up for hyperscalers, or companies that process huge amounts of data they use in their day-to-day operations.

“Data localization is requiring data collected from a population to be physically stored within the borders of the country. As it stands, majority of the Filipinos’ data are stored in data centers overseas,” Carl Dizon, a senior analyst in JLL Philippines, was quoted as saying in a statement.

This is what Mr. Huergas of Beeinfotech PH sees data centers, including their company’s hyperscale facility, are addressing now — enhancing data access.

“Because of how dense we access data now (Netflix, YouTube, online games, Zoom/Teams), even if you have a fast Internet, because of the voluminous traffic that a person consumes, it is very important then to bring the data closer to the user,” he stressed.

“With the aid of faster Internet, it becomes the repository of all apps and data, and when it is nearer to the one who consumes the data, then the service delivery is faster and the service quality is much better — which then translates to services that cost less,” he further explained.

This is why the company did not initially build a massive facility and instead started one with an optimal size of a data center, named The Hive and consisting of more than 2,800 racks.

“In this way, data is decentralized, clients can spread their resources across a larger area and availability is maximized. Plus, if the natural growth is building smaller edge data centers, then we can spread the load across multiple locations, which then removes any power load pressure in a single location,” Mr. Huergas said.

Alongside the increasing demand for data centers, intentions are emerging from regional and global data centers to set up local instances, which Mr. Huergas welcomes. “Through our facility, they can set up one without the arduous and lengthy process of building or legal-driven [joint-venture] agreements,” he said.

Another trend for the country’s data centers to look at is the growing preference for hybrid work environment, which brings the question of where the servers and computers need to be housed.

“The data center is the perfect place to set up these servers, because the truth is, there are certain business operations and business equipment,” Mr. Huergas added.

ResearchandMarkets.com also noted in its report that data from the Internet of things (IoT) is likely to offer new opportunities for data center providers.

“IoT expects to bring applications and workloads that demand near real-time responsiveness, which is expected to promote the deployment of edge data centers,” the firm said in a statement.

Fostering unity in a time of great challenge

A good start for Philippine real estate this year