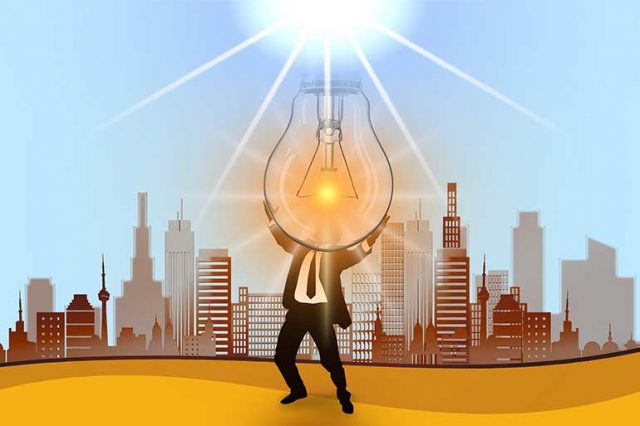 For more than a century now, the idea of economic growth has been inextricably linked with the use of fossil fuels, and therefore the emission of greenhouse gases. The industrial revolution was built on the use of coal in steam engines, and likewise the use of oil and natural gas have accelerated the growth of the modern world. Fossil fuels, in a way, have become synonymous with economic prosperity.

Yet in a time when climate change is starting to dominate popular conversation, and renewable energy sources like solar and wind power are becoming ever more affordable, this notion is being put into question. It is becoming increasingly easier to imagine a world of economic prosperity without endangering the environment.

The question is: How can the world of today transition into that world of tomorrow?

According to the International Energy Agency (IEA), the intergovernmental organization established under the Organization for Economic Co-operation and Development (OECD), CO2 emissions will increase by almost 5% this year to 33 billion tons, based on the latest national data from around the world as well as real-time analysis of economic growth trends and new energy projects that are set to come online.

This reverses much of the decline in emissions in 2020 due to the COVID-19 pandemic and the ensuing government lockdowns it caused all over the world. Coal demand is set to rebound by 4.5%, surpassing its 2019 level and approaching its all-time peak from 2014, with the electricity sector accounting for three-quarters of this increase.

Emerging markets and developing economies are the key drivers of this demand. Global energy demand, the organization said, is set to increase by 4.6% in 2021, pushing it above its 2019 level. Moreover, demand for all fossil fuels is on course to grow significantly in 2021, with both coal and gas set to rise above their 2019 levels. Oil is also rebounding strongly but is expected to stay below its 2019 peak, as the aviation sector remains under pressure.

“The expected rise in coal use dwarfs that of renewables by almost 60%, despite accelerating demand for renewables. More than 80% of the projected growth in coal demand in 2021 is set to come from Asia, led by China. Coal use in the United States and the European Union is also on course to increase but will remain well below pre-crisis levels,” the IEA said in a statement.

In contrast, electricity generation from renewables is set to leap by over 8% in 2021, accounting for more than half of the increase in overall electricity supply worldwide. Solar and wind power account for most of that rise, both of which are on track for their largest annual rise in history.

“This is a dire warning that the economic recovery from the Covid crisis is currently anything but sustainable for our climate,” said Fatih Birol, IEA executive director. “Unless governments around the world move rapidly to start cutting emissions, we are likely to face an even worse situation in 2022.”

The energy sector is a key contributor to climate change, accounting for more than two-thirds of global greenhouse gas emissions. The consensus among climate experts is that the world must reduce its greenhouse gas emissions to a net zero by 2050 or sooner, or otherwise prepare for severe, if not outright catastrophic, social, economic, and environmental damage.

Many countries, including the Philippines, have already embraced that goal. But as Ken Gillingham from the International Monetary Fund’s Finance and Development, puts it, “it will require a vast transformation of the energy sources used to power the global economy, and it would mean going far beyond business-as-usual technological progress”.

“Is it possible to decarbonize deeply enough to come within striking distance of net-zero greenhouse gas emissions by 2050? Yes, it is feasible even today — the technologies exist. Yet such a vast transformation of the energy system will be costly and challenging if attempted all at once, especially considering the large short-term costs of the transition for fossil-fuel-reliant developing nations,” Mr. Gillingham said.

“There are certainly inexpensive measures that can be implemented today, including energy conservation, efficiency nudges, and the replacement of retiring fossil-fuel powered electricity generation with renewables. The costs of these measures are already lower than the damage from climate change they would avert, based on estimates of carbon’s social cost. But many other approaches are quite costly in the short term, especially efforts to promote new low-carbon technologies. However, when the policies have strong potential to spur innovation, they may lead to much lower total costs over the longer term,” he added.

Yet, as made clear by the recent IEA data, many developing countries continue to drive the use of fossil fuels, which in turn accelerates the rate of climate change. Unless the notion of economic growth is decoupled from the use of fossil fuels, or policymakers worldwide make a united effort to implement sweeping changes to the global energy industry, the world is heading towards a future that is far from prosperous. — Bjorn Biel M. Beltran

Laying the groundwork for an emerging EV industry