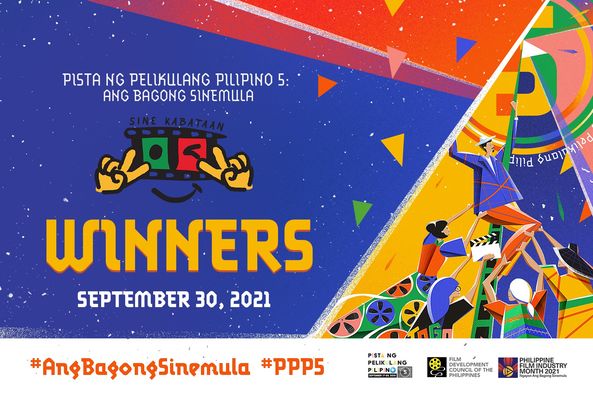 The event was held online on the Film Development Council of the Philippines (FDCP) Channel with a simulcast on Facebook.

The 5th edition of the PPP had two categories: Sine Kabataan, which had 10 five-minute short films targeted at children; and Sine Isla: LuzViMinda, which had 15  short films from the regions. This year’s festival ran from Sept. 17 to 26 on the FDCP Channel website.

Ang Bunga sa Tiyan ni Adam, directed by Ella Louise B. Salomon, won the Sine Kabataan Best Short Film for its “impressive direction, great control over the script, and cinematography, and impeccable performance from the regional talents. Its strong distinctive and absurdist style makes for a very admirable film.” Tacking the issue of women’s rights, the film is about a teenage boy who tells his girlfriend he is pregnant after taking a pregnancy test. 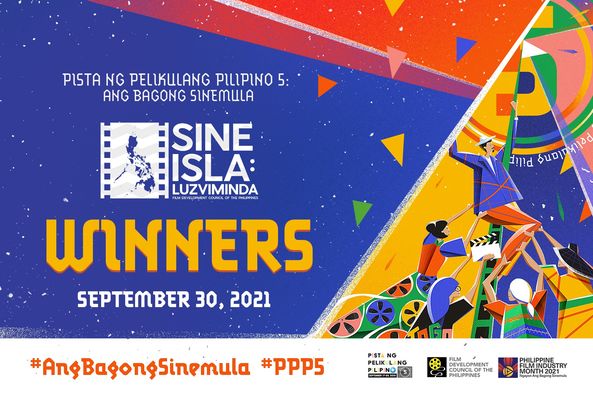 Palabas, directed by Arjanmar H. Rebeta, was named the Sine Isla Best Short Film “for its powerful depiction of the Philippine social realities through human interaction.” The film follows a Filipina student who converses with a middle-aged foreigner about various social issues in the Philippines.

The Sine Kabataan and Sine Isla: LuzViMinda short films can still be viewed for free and on-demand from Oct. 1 to 8 at www.fdcpchannel.ph.  — Michelle Anne P. Soliman

The winners of the 5th Pista ng Pelikulang Pilipino are:

• Sine Isla Special Mention Award: The Man Who Isn’t There and other Stories of Longing by Trishtan Perez

The MET is now The M

Here’s to the ladies who lunch: One of Sondheim’s greatest achievements was writing complex women

After 2 years of renovation, Ayala Museum and Filipinas Heritage Library to reopen partially

Despite the pandemic, the cultural show must go on

Rom-com between boys is now a series