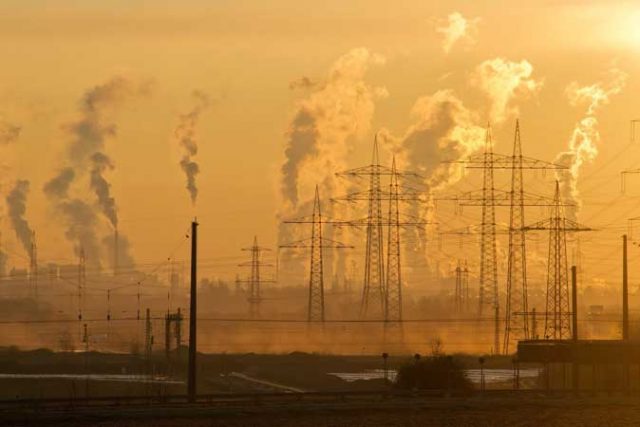 SMC GLOBAL Power Holdings Corp. will no longer be pursuing three planned coal-fired projects with a total capacity of 1,500 megawatts (MW), the Department of Energy (DoE) said in a letter released by non-government organizations.

The July 1 letter was sent to an environmental think tank, the Center for Energy, Ecology and Development (CEED), in which it identified the proposed projects as SMC Global Power’s circulating fluidized bed coal-fired plants in Pagbilao and Sariaya, Quezon with capacity of 600 MW each; and the company’s 300-MW Looc Malabuyoc coal-fired power plant in Cebu. It described these projects as “discontinued.”

CEED had sought information on seven coal plants which were removed from the department’s list of proposed coal plants in October.

The letter was released by the Power for People Coalition (P4P) over the weekend. It was signed by Mario C. Marasigan, the director of the department’s Electric Power Industry Management Bureau.

In October, the DoE announced that it was enforcing a moratorium on greenfield coal plants to facilitate a shift to a more flexible power generation mix.

BusinessWorld asked SMC Global Power to comment but it had not replied at deadline time.

In its reply to CEED, the DoE also gave updates on coal plants which it has delisted in October. These were identified as the 300-MW SMC Malita power plant project phase II expansion in Malita, Davao Oriental; the 600-MW Merbau coal-fired thermal power plant in Pinamukan Ibaba, Batangas City; and the 300-MW Ozamiz coal-fired power plant in Ozamiz City, Misamis Occidental.

“The DoE has delisted these… projects due to non-submission of the required monthly power project updates,” it explained.

Meanwhile, Orion Pacific Prime Energy, Inc.’s 1,200-MW Quezon coal-fired thermal plant project in Tagkawayan, Quezon is still undergoing review, with the authorities considering whether it should be exempted from the coal moratorium.

The DoE also gave an update on Meralco PowerGen Corp.’s 1,336-MW coal-fired power project in Atimonan, Quezon, saying that the company is in talks with lenders to extend the loan facility “due to challenges encountered in securing power supply agreements.”

‘COAL PIPELINE NEARING ITS END’
In a statement over the weekend, P4P said that the discontinuation of the proposed coal projects in Quezon and Cebu marked the “nearing end of the shrinking coal pipeline.”

“We welcome the good news from DoE officially confirming that the plan to construct new coal plants in Sariaya and Pagbilao is discontinued. We hope this will lead to the cancellation of other ongoing dirty energy projects in the province of Quezon, especially in Atimonan,” Monsignor Noel Villareal, one of the leaders who campaigned against coal plants in Quezon, was quoted as saying.

P4P said both Quezon and Cebu have had a long history with coal.

“As more coal projects get out of the way, we need not and should not make our abundant renewable energy potential wait to be tapped any longer,” Gerry C. Arances, P4P convenor, said.

Meanwhile, National Coordinator of the Philippine Movement for Climate Justice Ian Rivera said: “This huge cancellation of coal also signals that Philippine energy is now at a crossroads. This is a challenge to the government to review the Philippine Energy Plan towards an immediate shift to renewable energy and prevention of another supply instability by 2024.” — Angelica Y. Yang