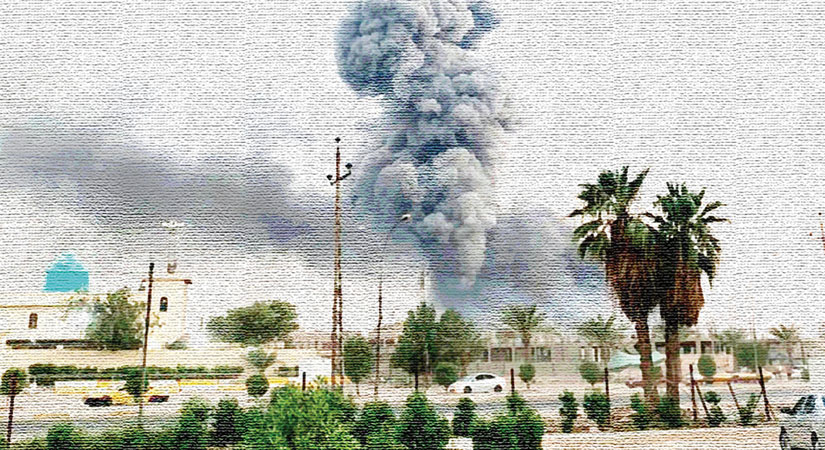 As irresponsible and as criminal as United States President Donald Trump’s decision to have Iran’s General Qasem Soleimani assassinated may appear to be, there were at least two reasons of a sort in its madness.

The first was personal, and driven by domestic politics. It was obviously meant to divert the American public’s attention from Trump’s upcoming impeachment trial before the US Senate, reenergize his white nationalist, anti-immigrant, racist base, and build added support for his election to a second term. It was cynical, manipulative, and completely indifferent to the possible consequences on the Middle East, the US itself, and the rest of the world. But it was also calculated to be to his benefit.

The second reason was strategic and economic. Whether Democratic or Republican, every US administration has regarded Iran as an important element of its Middle East policy of ensuring access to, and exploiting that region’s vast oil reserves. After the Second World War, a client state of US and British oil interests, Iran committed the unpardonable offense of having chosen Mohammed Mossadegh for its prime minister in the 1950s. Mossadegh nationalized his country’s oil resources and drove the British and US oil companies out of Iran. He was consequently overthrown in a coup orchestrated by the US Central Intelligence Agency (CIA) and British intelligence.

The coup returned to power one of the Western countries’ favorite US-compliant tyrants, Shah Reza Pahlavi, whose murderous rule the Imam-led Iranian revolution overthrew in 1979. The occupation by Iranian militants of US Embassy premises in Tehran and the hostage-taking of its personnel followed the Imams’ seizure of State power. It made it clear that under the new leadership, Iran would no longer be a US neo-colony.

Iran has since then been a thorn in the US side because of its insistence in maintaining its independence and, in anticipation of a possible reprise of the US invasion of Iraq, its nuclear weapons development program. The US’ 2003 attack on Iraq and the execution of Saddam Hussein, which it carried out without a declaration of war, has warned the countries it despises that the same fate may befall them and their leaders. It explains Iran and North Korea’s determination to develop the means, including nuclear arms, to defend themselves. Even the CIA has acknowledged the logic in North Korea’s, and by extension, Iran’s, and any other similarly threatened country’s development of nuclear weapons.

The members of the Republican Party have rallied behind Trump and have bought into his unproven claim that Soleimani was planning to launch an attack on US personnel and installations and was an “imminent threat.” The Democratic Party’s House of Representatives majority has been leery of the timing and basis of the Soleimani assassination. But no one in US ruling circles has questioned the assumption that the US has the right to intervene in any country in the world that it chooses. It’s a mindset shared by much of the US population, who regard their country as the rightful ruler of the planet. They think it only reasonable that Iran, or any country for that matter, bend to US wishes, because it knows best what’s good for them.

They applaud the use of force, including programmed assassinations and “regime change,” as totally justified against those countries and their leaders who defy US power. Hence the Trump decision to take the extreme option of assassinating Soleimani on the assumption that it would boost his popularity and approval ratings and help win him a second term during the November 2020 elections.

If there were reasons in the Trump madness that are rooted in both his personal interests as well as those of US ruling circles, one strives in vain to find something similar in the Duterte regime’s response to the US-fomented crisis.

Almost immediately reacting to the possibility of another war in the Middle East, President Rodrigo Duterte declared that the Philippines “will side” with the US in such an eventuality. Although he amended that declaration later by saying that the country would do so only if Iran harmed Filipino workers, his spokesperson Salvador Panelo, in explaining and elaborating on Mr. Duterte’s earlier statement, had already made it clear that the Philippines “will not be neutral” in the event of a US-Iran war. Panelo even made a veiled threat against Iran should some harm come to OFWs.

What possible benefit to either Mr. Duterte’s or the Philippines’ interests were served by those statements? The answer is none, zero, nil, nada. Their impact is in fact likely to be the exact opposite.

Mr. Duterte has often described his foreign policy as independent, meaning no longer tied to US interests. But far from being a departure from the Philippines’s long history of dependency on its former colonizer, Mr. Duterte’s declaration validated the argument that his administration is best described by the “US-Duterte dictatorship” tag rather than the widely proposed “China-Duterte regime” epithet. Beyond that, however, is the critical harm to which those statements could expose the country’s OFWs in Iran and the rest of the Middle East, where their number is estimated at some two million.

What is even more curious is that through the Department of Labor and Employment (DoLE) — incidentally without the evident participation of the Department of Foreign Affairs (DFA) — the regime has focused on repatriating OFWs in apparent anticipation of the possible harm they can come to if the crisis intensifies. As expected, absent in the pronouncements of regime bureaucrats was any recognition of the fact that Mr. Duterte and company’s statements about taking sides would at least be partly responsible for whatever dangers Filipino workers already face and could still face in the region.

The supposed plans for worker repatriation are at the same time less than encouraging. The conflicting statements from regime bureaucrats haven’t helped mask how pathetically incapable the government is in carrying out the large-scale forced repatriation it is saying has to take place despite the seeming de-escalation of tensions in the region. Given the number of OFWs involved, the regime’s transportation options — one ship and two cargo planes — will hardly make a dent on those numbers, and neither will its booking OFWs on commercial flights.

Some OFWs, however, are saying they won’t heed the government’s forced repatriation program because they don’t want to lose the jobs that are keeping their families in food, clothing, and shelter in the Philippines. Assuming that the regime does somehow manage to transport at least several hundred thousand OFWs back to their Philippine homeland, how will the returnees and their families survive? DoLE says it can provide them jobs — the rarity and even absence of which is in the first place driving the continuing exodus of Filipinos from this country even to such war zones as Afghanistan and Iraq.

As appalling as this state of affairs is, the possible threat to Filipino lives in the Middle East could have been partly mitigated if the regime had relied on diplomacy rather than threats — if it had taken a less partisan, less pro-US stance, declared Philippine neutrality in any US war in the region, and appealed to the governments of Iran, Iraq, and other countries to respect Philippine neutrality and to protect the OFWs within their territories. As it is, the Philippine government, thanks to Mr. Duterte and company, created its own problems to which it hardly has any credible solution. There is no reason in this madness.