Home Infographics How minimum wages compared across regions in August

This infographic compares the current daily minimum wages set by the country’s Regional Tripartite Wages and Productivity Board and the inﬂation-adjusted minimum wages as of August based on latest preliminary data from the Philippine Statistics Authority (PSA). While the current minimum wages are determined at the regional level to account for factors such as companies’ capacity to pay and costs of living, real wages are obtained after factoring in the general price increases (i.e. inﬂation rates). Inﬂation-adjusted wages were 11%-17.4% lower in August than their respective current salaries. 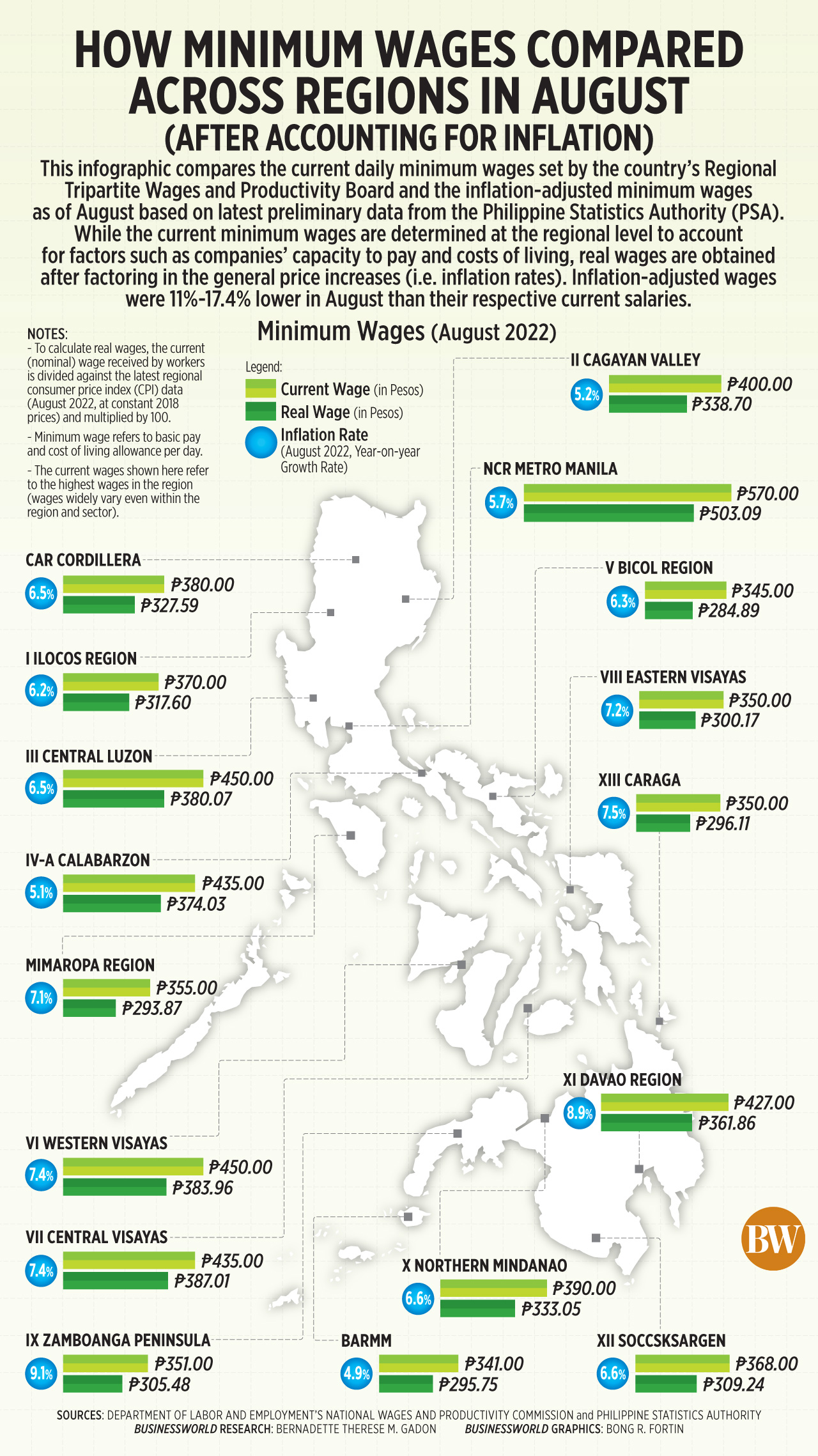