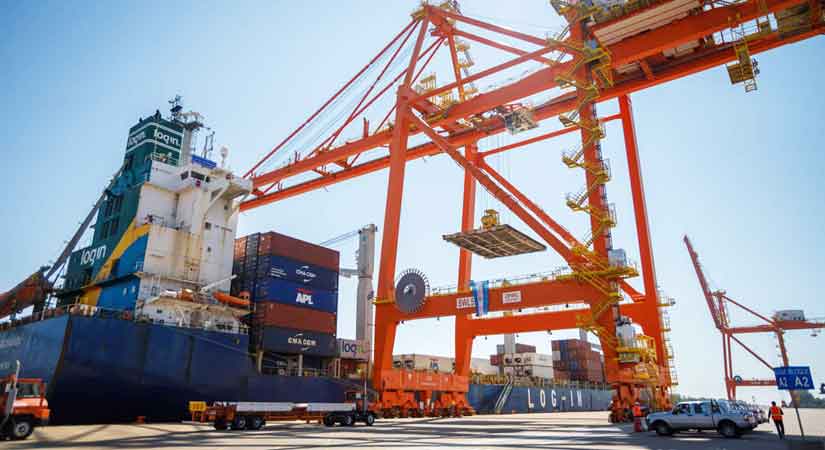 THE Philippine economy may now contract by as much as 3.2% this year, the government said on Wednesday, as the coronavirus disease 2019 (COVID-19) outbreak pummels investments and domestic demand.

The Development Budget Coordination Committee (DBCC) said in a statement that gross domestic product (GDP) is expected to shrink by 2 to 3.4% this year, lower than the -1% to zero growth forecast made in late March.

If realized, the worst-case 3.4% contraction would be a steep decline from the six percent growth recorded in 2019 and would be the first full-year contraction since 1998 and the lowest since the -6.9% recorded in 1985.

The National Economic and Development Authority (NEDA) estimated the pandemic’s potential economic impact may hit P2 trillion or 9.4% of GDP this year.

NEDA Acting Secretary Karl Kendrick T. Chua is optimistic the economy can post growth in the last two quarters, marking a “gradual recovery” from the 0.2% decline in January-March and the widely expected deeper contraction in the second quarter.

“Hopefully, [GDP growth will be] positive in the second half,” Mr. Chua told BusinessWorld in a Viber message yesterday.

The DBCC expects the economy to make a strong recovery next year with a 7.1-8.1% growth.

“Timely implementation of a well-targeted recovery program, alongside efforts of the private sector, will mitigate the impact of the COVID-19 pandemic. Such a program will help the country regain confidence, attain higher economic growth, and restore employment rates to pre-crisis levels,” the DBCC said.

Nicholas Antonio T. Mapa, senior economist at ING Bank Philippines, said in a note yesterday that the expected sharp bounce back to 7% level next year is “due presumably via base effects.”

“In times of economic hardship, the economy generally turns to the government to provide a stimulus to get the sluggish economy up and running… Whether it be via supplemental budget or via presidential decree by way of the President’s newfound special emergency powers, the fiscal rescue package must look to arrest the development of falling GDP and plug the numerous holes left in the Philippine growth engine,” Mr. Mapa said.

REVISED TARGETS
The interagency DBCC met late Tuesday to revise its macroeconomic assumptions and fiscal program for this year and next year, which will “allow the government to operate with a more realistic and prudent fiscal stance as it flags the downside risks to the economy and the fiscal program for the rest of the year.”

The budget deficit is seen to balloon to P1.56 trillion or 8.1% of GDP this year, amid massive spending and a slump in tax collections.

The revised deficit ceiling is 2.8 percentage points wider than the deficit-to-GDP ratio of 5.3% adopted in March, and the original 3.2% deficit cap.

The debt level “remains manageable,” the DBCC said, adding that the Philippines posted its lowest-recorded debt-to-GDP ratio of 39.6% last year.

“Despite increased deficit spending, the national government’s deficit-to-GDP ratio will remain in the median of comparable countries in ASEAN and in East Asia… as long as the ratio does not exceed 9.0%. Below this threshold, the debt-to-GDP ratio will be around 50%, which is far lower than the most recent peak of 71.6% in 2004,” the DBCC said.

Budget Undersecretary Laura B. Pascua told BusinessWorld the deficit-to-GDP ratio over the medium term is expected to decline to 6% in 2021 and further down to 5% in 2022.

The DBCC slashed the full-year revenue collection target by 17.7% to P2.61 trillion from the P3.17-trillion program approved in March. Disbursements will also be slightly higher at P4.18 trillion or 21.7% of GDP this year.

“The emerging disbursement program takes into account the releases for COVID-19 initiatives charged to savings coming from austerity measures, among others,” it said.

“The DBCC noted that the Philippines has strong economic fundamentals and sound fiscal health. At the same time, the DBCC reiterated its commitment to work with the whole of government in responding to challenges brought about by COVID-19 while helping drive a rapid economic recovery for the country,” it said.

The Bangko Sentral ng Pilipinas (BSP) also recommended a lower price assumption for Dubai crude between $23 to $38 per barrel, as global oil prices plunged. The previous estimate was $35-50 per barrel.

The central bank also expects the foreign exchange rate to settle within P50-54 against the greenback this year until 2022, a slightly wider range compared to P51-54 per dollar range adopted in December.

DOUBLE-DIGIT Q2 CONTRACTION
Meanwhile, the Philippines is expected to be the hardest-hit economy in the emerging Asia region, as the government extended its lockdown for Metro Manila and two other cities while neighboring countries began relaxing lockdown measures.

“For the year as a whole, we think the economy will contract by 6%, which would be the biggest drop since 1985. It would also make the Philippines the worst-hit country in the region relative to its 2019 performance,” Capital Economics said in a note published late Tuesday.

After the slump in the first quarter, Capital Economics Senior Asia Economist Gareth Leather said the Philippines is bracing for a more severe impact this quarter as the lockdown will now last until end-May.

“We have pencilled in a 17% y/y decline in activity for the second quarter,” he said.

Capital Economics said the Philippine recovery should “begin to take shape” once lockdown restrictions are relaxed and external demand gradually picks up.

Think tank Oxford Economics also expects the Philippines to lag behind its peers in the Asia-Pacific countries.

“Malaysia and the Philippines have also made progress with containment, but not yet decisively. With less room to ease restrictions, we expect their economic recovery to lag that of the other three (Australia, Thailand and Vietnam),” it said in a note published Tuesday.

Oxford Economics noted the Philippines, even as its lockdown was considered the most stringent, is among the countries where containment measures “appears not to be decisive [and] workplace mobility remains much lower.

“This portends a deeper and longer-lasting impact on their domestic economies,” it said.