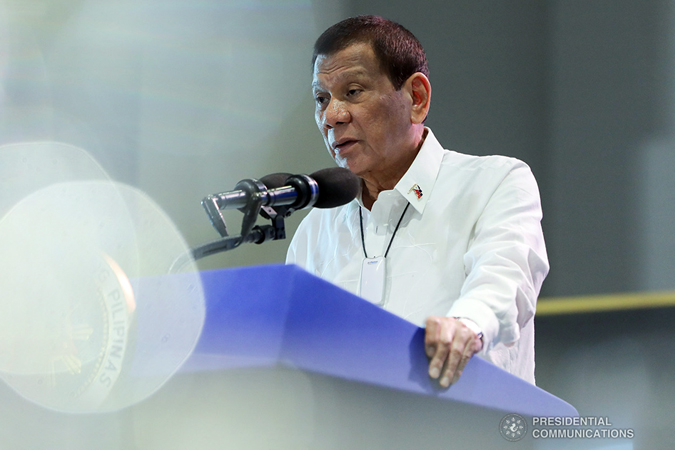 A CONGRESSMAN wants all Filipinos except for the richest — 10% of the population — to get at least P1,000 each in cash aid during the month-long Luzon-wide lockdown that has been extended by two more weeks until April 30.

In a statement, Albay Rep. Jose Maria Clemente S. Salceda on Tuesday said he had asked President Rodrigo R. Duterte to include the middle class in the state’s financial assistance program.

“As long as you’re a Filipino and you’re not rich, you will receive assistance,” he said.

In his letter dated March 25, the congressman said his proposal would be “for ease of administration, ease of accountability and to avoid arbitrariness in selecting eligible beneficiaries and sectors.”

Mr. Duterte extended the so-called enhanced community quarantine for the main Luzon island to contain the coronavirus disease 2019 that has sickened almost 4,000, with 177 deaths.

Health Secretary Francisco T. Duque III said about 80% of the confirmed COVID-19 cases in the country are in Metro Manila.

The Davao Region has the highest number of COVID-19 cases outside Luzon with 79 cases, followed by Central Visayas with 39, he said.

Mr. Duque said there were now 11 testing laboratories in the country — nine government and two private facilities — and seven other hospitals are undergoing certification to be allowed to test samples.

The government targets to increase its testing capacity to as many as 10,000 daily by the end of April, he said.

Meanwhile, presidential Spokesman Salvador S. Panelo said the government was studying the feasibility of house-to-house mass testing for COVID-19. But Spokesman and Cabinet Secretary Karlo Alexei B. Nograles said the tests would prioritize patients who have severe symptoms, people with mild symptoms with contact of travel history, and those who don’t show symptoms but have travel or contact history.

In his letter to Mr. Duterte, Mr. Salceda said the costs of basic income approximate the P200 billion being projected for the emergency subsidy program. “In fact, it may be cheaper. To cover 90% of the population would require P198.2 billion. To cover 80% would require P176.2 billion.”

The lawmaker said an “open application system” for the cash aid would be much simpler to enforce.

“As an entitlement earned by simple virtue of citizenship and income, it would be depoliticized,” Mr. Salceda said.

“It also does away with overlaps where households qualify under two or more bases for entitlement.”

Local governments are expected to get almost P31 billion each in cash aid from the National Government during the lockdown.

The Budget department will release the amount that is equivalent to a month of local governments’ internal revenue allotment worth P30.82 billion, President Duterte said in his second weekly report to Congress.

The financial aid will come from the 2020 budget of the Public Works department for discontinued infrastructure projects.

“The discontinuance and reallocation of appropriated projects in the General Appropriations Act in order to generate forced or contrived savings have been outlawed by the Supreme Court,” Mr. Lagman said.

Party-list Rep. Rowena Niña O. Taduran said the government should give tax credits to middle-income earners during the lockdown.

“I call on the government to extend financial assistance to middle-income earners via a tax credit equivalent to the amount distributed to poor families under the social amelioration program,” she said in a statement.

The tax credits would boost their purchasing power and help stimulate the economy, which has been brought to a standstill by the COVID-19 pandemic, Ms. Taduran said.

Also on Tuesday, the government approved P5 billion more in aid to workers who lost their jobs amid a Luzon-wide lockdown to contain COVID-19.

An inter-agency task force made up of Cabinet secretaries approved the extra budget for the Labor department, Secretary Nograles told a news briefing on Tuesday.

The Labor department earlier said it needed P5 billion more aside from the P2 billion allotted for its job assistance program.

About 600,000 workers have been displaced during the lockdown; the President suspended classes, work and public transportation, ordering people to stay in their homes. — Genshen L. Espedido and Gillian M. Cortez