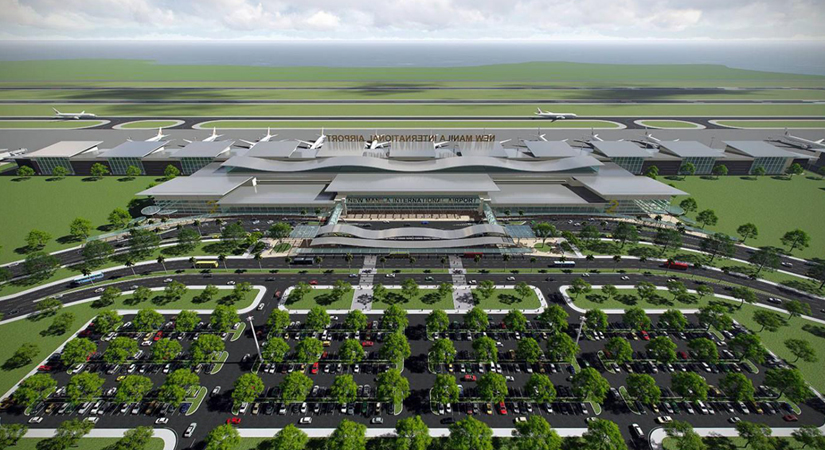 THE P734-billion Bulacan international airport project is now one step closer to implementation, after securing the go signal from the Office of the Solicitor General (OSG) and the Department of Justice (DoJ), according to an official of the Department of Transportation (DoTr).

Transportation Undersecretary for Planning & Project Development Ruben S. Reinoso, Jr. said that while project proponent San Miguel Holdings Corp. (SMHC) is free to proceed with groundbreaking for the Bulacan airport, the company still has to respond to the Finance department’s request for clarification.

“It was raised to the OP (Office of the President), DoJ, and, as a matter of fact, the SolGen (Solicitor General) already confirmed that it complies with the law. There are opinions from the Office of the Solicitor General that say it complies with the law. Even the DoJ says that there is no issue, but they just need to clarify (the issues raised by the DoF),” Mr. Reinoso told reporters on Monday.

To recall, SMHC and the DoTr signed the concession agreement for the airport in September 2019. Under the concession deal, SMHC will build, operate and maintain the New Manila International Airport for 50 years.

Mr. Reinoso said the DoF is seeking clarification on the language of the “Joint and Several Liability Agreement” between the project proponent SMHC and its parent firm SMC. SMC was asked to undertake the agreement with SMHC, after the DoF questioned the proponent’s capacity to finance the airport project.

Transportation Secretary Arthur P. Tugade said the delays in the airport project’s implementation are not due to the DoF’s request for clarification.

“The DoF is just trying to clarify certain provisions [to ensure] that the interest of the government is protected,” Mr. Tugade said, noting that the originally scheduled January groundbreaking for the airport project did not materialize due to “private issues” of SMC President and Chief Operating Officer Ramon S. Ang.

Mr. Reinoso said the government is hoping that the groundbreaking of the Bulacan airport will happen “in the next few days or weeks.”

The OP did not give a deadline for San Miguel to respond to the concerns raised by the DoF.

“We want a quick response. Ang problema kasi dito they may have to go back to the (SMC) board… I don’t really know how much time [it will take for them] to convene,” Mr. Reinoso said.

The project also includes the construction of an 8.4-kilometer toll road which will link the gateway to the North Luzon Expressway.

The conglomerate said it would tap foreign banks for project financing, with 70% eyed from bank loans and 30% from equity.

The airport is targeted to have an annual capacity of 100 million travelers, which the government hopes will help decongest Ninoy Aquino International Airport in Pasay City.

The first two runways are expected to be finished in three years at the earliest, while the rest will be completed in four to five years. — Arjay L. Balinbin