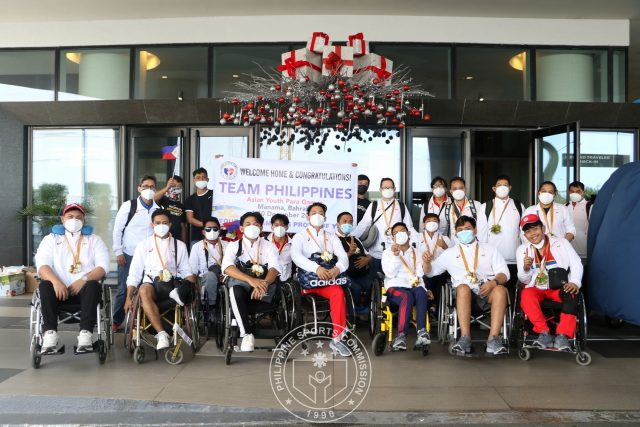 PHILIPPINE athletes won nine medals in the 4th Asian Youth Paralympic Games 2021 held from Dec. 2 to 6 in the Kingdom of Bahrain, the Department of Foreign Affairs announced on Thursday.

The country was represented by 20 athletes who competed in basketball, badminton, table tennis, bocce, and swimming, bringing home one gold, six silver, and two bronze medals.

Ariel Joseph M. Alegarbes won gold in swimming for the 100 meter butterfly S14 and silver for the 100m breaststroke S14.

The games were held under a “bubble system” to ensure the health and safety of all the athletes and other attendees. During the closing ceremony, Asian Paralympic Committee President Majid Rashed said there were zero cases of coronavirus during the holding of the event. — Alyssa Nicole O. Tan