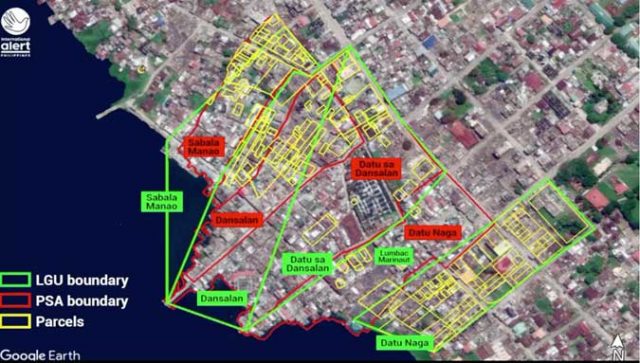 A PROSECUTOR of the Justice department has accused the government of land grabbing in four villages within the central area of Marawi City after discovering that private properties have been designated for the construction of public infrastructure.

“I will just say in plain language, that is land grabbing,” said lawyer Ibrahim M. Mimbalawag, whose family’s four properties are among the more than 11,000  affected.

“These private owners have their own certificate of land title,” he said during Friday’s Bangsamoro Alerto program aired over local radio DXMS Radyo Bida.

The land dispute stems partly from varying maps used by the city government and the National Housing Authority, according to Jorge Golle, senior officer on digital information and mapping of non-government organization International Alert Philippines, one of the radio program’s anchors.

Mr. Mimbalawag said the problem also arises from lack of consultation and communication by Task Force Bangon Marawi, which is overseeing the war-torn city’s rehabilitation.

He cited that they only learned about the “sequestration” of their properties when they went to the local treasury to pay real estate tax.

Marawi Mayor Majul U. Gandamra, in a briefing Thursday hosted by the task force, denied the accusation saying the government is building public facilities only in parts of the four barangays.

The four barangays — Sabala Manao, Dansalan, Datu sa Dansalan, and Datu Naga — are part of the 24 villages within the so-called ground zero of the Marawi siege.

The mayor also said discussions are continuously being held by the land dispute arbitration committee to address concerns.

“We resolve these issues before the proper forum,” he said.

Saripada Pacasum, Jr. of Marawi Reconstruction Conflict Watch, a group formed by residents, said the matter should be taken up in Congress.

“This must be resolved immediately, it should be raised in Congress so Task Force Bangon Marawi can clear how they reached this point that they are building despite these issues,” Mr. Pacasum said in a mix of English and Filipino.

Secretary Eduardo D. Del Rosario, who heads the task force and the Department of Human Settlements and Urban Development, said on Thursday that the 56 implementing agencies are “strictly abiding by its methodology in carrying out the rebuilding process.”

He said residents in parts of the central area will be allowed to start rebuilding their homes by September upon the completion of road networks.

“Contrary to what is being peddled by critics, much has been accomplished one year after the actual reconstruction of public infrastructures, particularly in the former ground zero… By this time, the completion rate is about 68%,” he said. — MSJ