Personalities took to social media and their respective platforms to express their grief over the death of former President Benigno S.C. Aquino III on Thursday. — Kyle Aristophere T. Atienza

Like his parents, Ninoy and Cory, Noy dedicated his life to the ideals of democracy and the well-being of Filipinos, giving hope and moral courage when the country needed it most.

He made the six years of his presidency count.

He was a champion for clean and honest governance, which was key to sustaining the remarkable economic growth under his watch.

He was also well-respected as a statesman and fought enormous battles for our national sovereignty. His strong stand led to our historic win at The Hague in 2016, leaving behind a legacy of hope and justice for generations to come.

His remarkable focus on the hallmarks of democracy and public service are solid foundations that our leaders can build upon. To honor his legacy is to continue the fight against corruption and reaffirm our fundamental freedoms and human rights.

President Aquino demonstrated principled leadership in realizing those hopes for our country in the six years he was in office. The turnaround story of the Philippines — from Asia’s sick man to Asia’s bright star — is without doubt one of his greatest legacies. He left office with a Philippines more optimistic about its future, having ended the vicious cycle of doubt and having entered a virtuous cycle of confidence.

His six years in office was proof of his fundamental thesis: that good governance delivers great economics.

I recall with pride, how we raced past our peers and even outpaced China at times to post economic growth figures that were among the world’s fastest. Indeed, the six-year growth average of 6.2% during his administration was the Philippines’ highest in four decades. 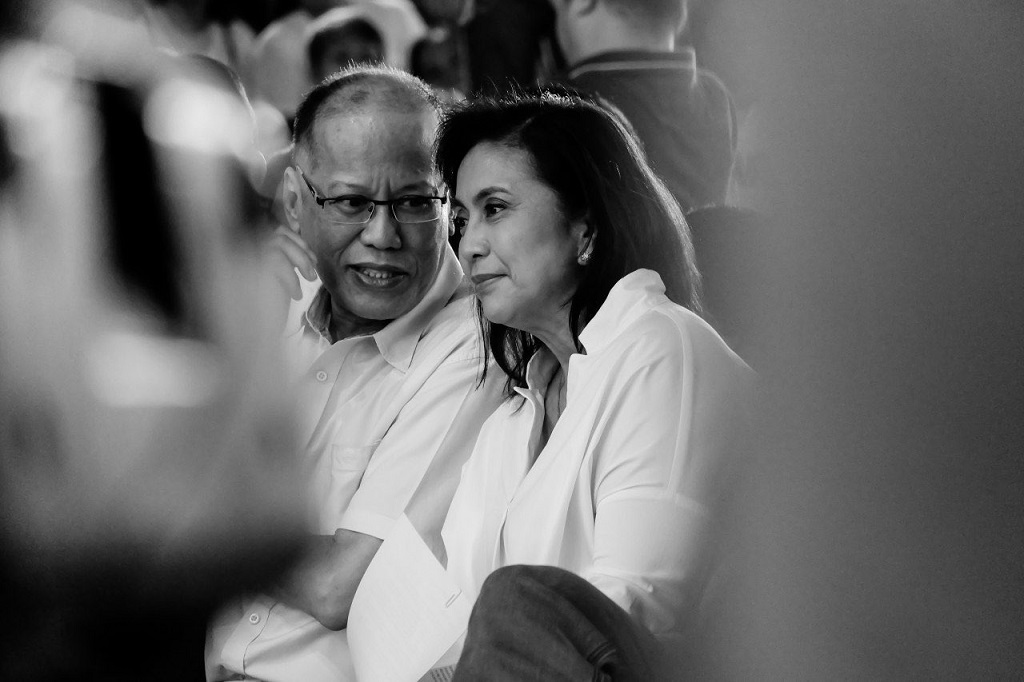 Nakakadurog ng puso ang balitang wala na si PNoy. Mabuti siyang kaibigan at tapat na Pangulo. He tried to do what was right, even when it was not popular. Tahimik at walang pagod siyang nagtrabaho para makatulong sa marami. He will be missed. Nakikiramay ako sa kanyang pamilya. pic.twitter.com/mqzrPKA6dr

I grieve and mourn the passing of former President Benigno Simeon C. Aquino III. I have lost a dear friend and the nation has lost a gentleman who served his country well — with all honesty and sincerity and with the purest of intentions. I am thankful for the opportunity of having worked with PNoy during his Presidency. He meant well and wanted the best for the country and for all of us. We have lost an honest man. I join the Aquino family in their mourning and offer them my sympathies and prayers.

I join the nation in mourning the passing of former President Noynoy Aquino. The news of his death was a shock to all of us. We all grieve for losing him so early — a man of integrity, a Filipino leader who made it his primary mission to institutionalize good governance reforms.

We extend our condolences to his family and loved ones. May you find peace in knowing that he is now back to the loving embrace of our Father.

My heartfelt condolences and prayers to the family of Pres Noynoy Aquino. As a colleague in the 11th congress and as a friend, Pres Noy and I have  shared fond memories. While our lives are enmeshed in politics and there may have been differences at certain periods of time , we have remained good friends throughout the years. He is too young to die and today is a day of mourning. May he rest in peace.

The City Government of Davao is one with the nation in praying for the eternal repose of the soul of former President Benigno Aquino III.

The Philippine flag in the entire Davao City shall be flown at half-mast until his burial.

We join the nation in mourning the passing of our former President Benigno “Noynoy” Aquino III. Continuing the legacy of his esteemed parents Ninoy and Cory, PNoy introduced widespread reforms and espoused a strong anti-corruption policy during his presidency.

“Walang wang-wang, walang counterflow, walang tong.” “Walang tongpats.” “Kayo ang boss ko.” These are just some of the quotes of PNoy that are forever etched in the hearts and minds of every Filipino and aptly captures his stance against the abuse of power by the people in power.

President Noy, who was a colleague of mine from 2004 to 2007 at the House of Representatives, played a major role in my entry into the Senate in the 2013 mid-term elections where I was part of the Team PNoy coalition. He truly loved his country and helped so many Filipinos during his time in office.

Rest well knowing that in time your own legacy will be remembered as it should be, from a perspective that is objective. You have earned your place in the annals of Philippine history. May the Lord bring comfort to PNoy’s siblings and rest of the Aquino clan.”

Noynoy and I may have had political differences during the last few years of his term, but that will not diminish the many years of friendship between our families.

My deepest condolences to the family. Godspeed, Pareng Noy.

He was a good man. And he brought out the best in so many of us.

Thank you, Mr. President. You will be missed.#RIPPNoy

1/2 Heavenly Father, Thank You for sharing #Pnoy with us and giving us the opportunity to help him in his mission. Thank you for loving him and for giving him grace and compassion. We are humbled by the strength you gave him especially knowing how #ph #benignosimeonaquino

2/2 how difficult his life’s path has been. We now pray that you give him eternal rest and to give his loved ones strength in this difficult time, we pray in Jesus name, #AMEN #philippinepresident #Pnoy

My sincerest condolences to the family and loved ones of former President Noynoy Aquino. You will be missed my friend… rest in peace… 🙏🙏🙏

Rest in peace President Benigno Aquino III and my deepest condolences to his bereaved loved ones.

I offer my condolences to the family of former President Benigno “Noynoy” Simeon Cojuangco Aquino III. My heart goes out to you in your time of sorrow.

As the leader of our nation, we knew him as “PNoy.” He championed good governance reforms that promoted efficiency and reduced opportunities for corruption. The Philippines was cited as the fastest-growing economy in Asia during his administration.

PNoy was a pragmatic man who did the best with the cards that life had dealt him. He inspired us with his unexpected humility. May his legacy continue to lead others to the right path.

I am deeply saddened to hear about the sudden passing of former President Noynoy Aquino. Thank you for your firm leadership, hard work & integrity. More than these attributes, I will remember him as a kind, thoughtful childhood friend. RIP, PNoy. Prayers for the Aquino family🙏🏼

You can rest in peace now PNoy. You served our country well.

You served our country well, uplifted the lives of many Filipinos, and gave us a reason to dream of a better future. Rest In Peace and enjoy heavenly bliss, which you richly deserve.

Curtis S. Chin, United States Ambassador to and member of the Board of Directors of the Asian Development Bank

Saddened & shocked to share this news. Former #Philippine 🇵🇭 President Benigno “Noynoy” Aquino has died at the age of 61 https://t.co/rCyUeYubRv

My condolences to his family, his friends & to the people of the #Philippines.

I’m out of Twitter from grief over the death of a sea-green incorruptible, brave under armed attack, wounded in crossfire, indifferent to power and its trappings, and ruled our country with a puzzling coldness but only because he hid his feelings so well it was thought he had

none; it was the way he and his siblings were raised by a great woman—their mother and of our restored democracy (without her none in power yesterday and today would be). She created the democratic space that made it possible. She believed that one must never let oneself go

no matter the occasion or provocation; showing feelings was vulgar which I too believe but am guilty of. It is a hard ethic. Blood always shows. I beg his sisters to allow me the honor to share their grief. He wasn’t fond of me but I could not bring myself not to admire him.

Gov’t keeps Alert Level 1 for NCR and most areas

Aquino, others charged over Corona impeachment

A look back at the PNoy administration