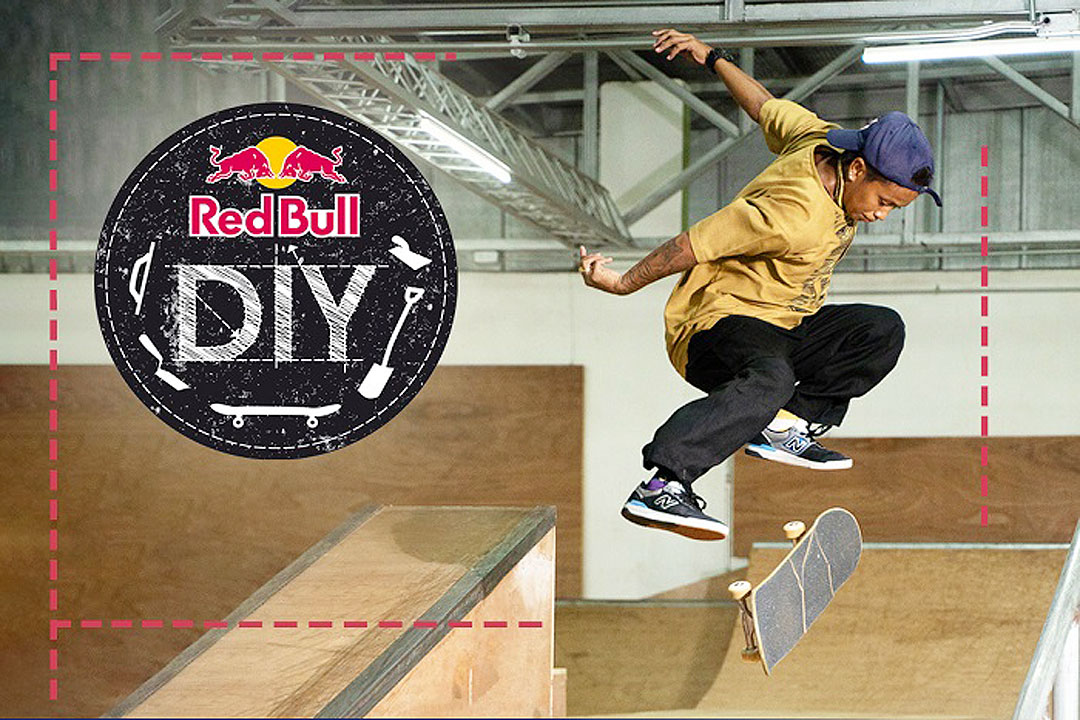 RED BULL DIY is back for its second edition of the community-based do-it-yourself (DIY) online skateboard video competition for passionate Filipino skateboarders to showcase their creativity, skill, and passion for the sport.

In light of Margielyn Didal’s history-making Olympic run, the popularity of skateboarding in the Philippines is higher than ever as more and more Filipino youths develop their interest and skill in skateboarding. This year, Red Bull DIY continues to support both beginner and experienced skateboarders by helping them construct their dream skate spots.

DEVELOPING FUTURE SKATE PARKS
The first phase of this year’s Red Bull DIY is a team competition for skate crews and skate shops to showcase their design and building skills. Each participating team must submit a design for a DIY skate spot. The 15 best proposals will be given 18 days to execute their plans.

From the finished DIY projects, five teams will be selected by Margielyn Didal herself and other members of Skate Pilipinas to advance to the final round of judging, where the top three will be determined by skateboarding legend, Jamie Foy.

Following the DIY team event, individual skaters will get their turn to showcase their skills and passion for skateboarding through an online contest. Participants are tasked to upload a 30-second edited video on Instagram and TikTok, performing tricks on DIY spots. Each video must include the DIY digital sticker to be counted as an official entry.

The Top 10 skaters will be determined based on the number of likes collected from the public on both social media platforms, after which the second phase of the contest will begin. Each of the Top 10 must submit a second video with a DIY infusion obstacle to be evaluated by a team of panelists led by Margielyn Didal.

Registration for the solo competition begins on April 27 and submissions may be posted online until May 8.