LUKA Dončić had 20 points, 11 rebounds and 12 assists as the Dallas Mavericks held on for a 104-102 win over the visiting Oklahoma City Thunder on Monday.

Dončić struggled from the field, making just 4 of 17 shots, his worst shooting night of the season in both percentage and made shots. However, he still managed to record his fifth triple-double of the season.

The Thunder, who trailed by 22 points in the third quarter, had a chance to tie or take the lead in the final seconds after the Mavericks’ Josh Green missed two free throws with 2.6 seconds left. 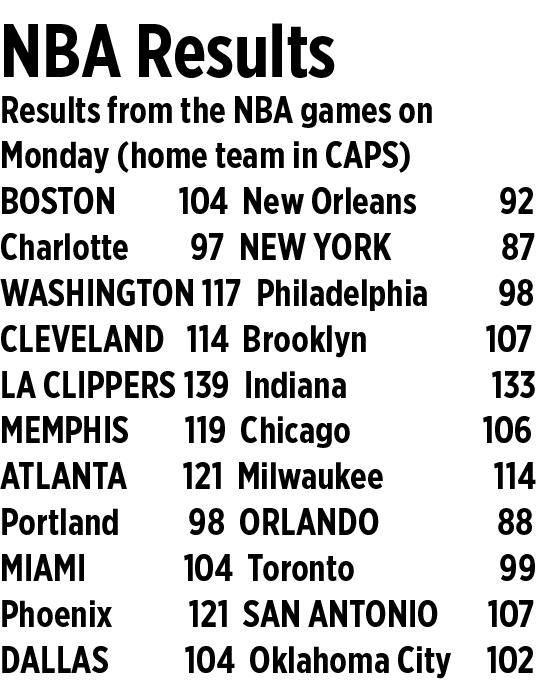 However, Dallas’ Tim Hardaway, Jr. wrestled the inbounds pass away from Mike Muscala, giving the Mavericks the win.

The Thunder lost for the seventh time in eight games. Dallas extended its winning streak to three and won for the ninth time in its last 10 games.

The victory wasn’t easy for the Mavericks, though.

Dallas turned ice cold from the floor in the middle of the third quarter, letting Oklahoma City get back into the game with a 22-2 run that trimmed the deficit to 72-70 in the final minute of the period.

The Mavericks were just 1 of 11 from the field during that span before Trey Burke’s 3-pointer helped Dallas steady itself a bit heading into the fourth.

The Thunder had been struggling on offense before the stretch that saw them make 7 of 8 from the floor, including four 3-pointers, to close the gap.

With 20 seconds left in the third, Oklahoma City had the ball down by three. However, the Thunder committed a turnover, and Green’s layup extended the lead to five.

Dorian Finney-Smith added 17 points and 10 rebounds for the Mavericks. Jalen Brunson had 14 points, eight in the fourth quarter, and eight assists.

Dallas’ Reggie Bullock missed the game with right knee soreness, and Maxi Kleber left the game early in the third quarter after injuring his left knee on an alley-oop dunk. — Reuters

Royce O’Neale gives Jazz a boost in win over Knicks