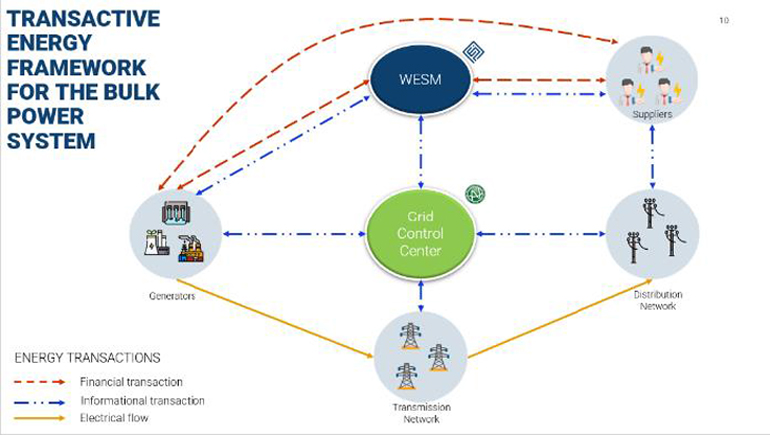 We are currently witnessing the transformation of the energy landscape.

The shift towards sustainable development and prevalence of technological advancements has led to widespread adoption of intermittent renewable generation, penetration of distributed energy resources (DERs) like small-scale solar and wind farms, local energy storage, electric vehicles and charging facilities, and the birth of ‘prosumers’ — consumers that are producing electricity to meet their own energy needs.

These changes both contribute to and complicate solving the energy trilemma — energy security, energy affordability, and environmental sustainability. For instance, rooftop solar installations help reduce carbon emissions and allow consumers to lessen their dependence on expensive grid power. However, they pose a threat to system security due to their unpredictability. Similarly, DERs have the potential to both improve and risk system security by providing alternative sources of energy close to loads while also introducing variability and ramping challenges which the grid may not be fully equipped for.

In 2021, the Philippines ranked #70 out of 127 countries in the World Energy Trilemma Index, prepared annually by the World Energy Council to rate nations’ performance in addressing the three dimensions of the energy trilemma. The ranking implies that the Philippines has a lot of catching up to do with other countries in terms of providing reliable, affordable, accessible and clean energy to its citizens.

In the United States, the US Department of Energy formed the GridWise Architecture Council (GWAC) to promote and enable interoperability among the many entities interacting with the electric power system. Cognizant of the challenges and opportunities brought about by the new power environment, the US GWAC developed the Transactive Energy Framework. The Transactive Energy Framework is intended as a starting point to guide industry stakeholders toward further development and application of transactive energy principles to actual power systems. The said framework defined Transactive Energy as “a system of economic and control mechanisms that allows a dynamic balance of supply and demand across the entire electrical infrastructure using value as a key operational parameter.” 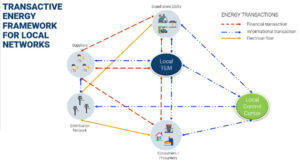 In the changing energy landscape, where low-voltage networks have become increasingly active and end-users have become more involved in securing their electricity requirements, the establishment of a localized market mechanism that adheres to Transactive Energy principles — or a local Transactive Energy Market (TEM) — may just be the appropriate solution. Local TEMs provide a venue for the trading of electricity among distribution system users, including end-users, DERs and electricity retailers, whereby these TEM participants minimize their cost of electricity through optimal matching of supply and demand. In theory, they can help to facilitate efficient use of resources in the distribution network and to assign economic value to electricity traded between market participants. In addition, a well-established local TEM can facilitate active end-user participation and encourage appropriate investments through timely price signals.

Real-life applications of local TEMs have mostly been observed in developed economies. For example, companies such as Piclo in the United Kingdom, Our Energy in New Zealand, Vanderbron in the Netherlands, and LO3 Energy in the United States have capitalized on offering energy-sharing platforms to empower consumers to choose and source local electricity from other households and small power producers.

The same concepts are already being employed in our very own Wholesale Electricity Spot Market (WESM) and other wholesale electricity markets around the world, wherein the total system energy requirement is balanced with available generation capacities to produce optimal schedules and prices of bulk electricity. Thus, the framework for energy transactions currently implemented in the bulk power system can also be applied to local networks.

Establishing local TEMs is a complex task requiring a holistic approach that encompasses policy, regulatory and infrastructure initiatives and involves the participation of decision-makers and electric power industry participants. Thus, to operate local TEMs successfully, the inclusion of local TEM policies in power development roadmaps, formulation of pricing mechanisms, updating of technical codes and standards and large-scale deployment of smart grid technologies, among others, are needed.

In summary, Transactive Energy may be a new energy term but not a novel concept as it is already being implemented in bulk systems through wholesale electricity markets. Local TEMs, however, have yet to be fully realized. Creating local TEMs require modernization of the power system infrastructure coupled with appropriate policy and regulatory support.

With the continuous evolution of the power industry, the future energy era may come sooner than we think, and preparations must be done as early as now. For its part, IEMOP is constantly on the lookout for emerging electricity market trends and developments that may be adopted for the betterment of the Philippine power industry.

A pioneer in construction and engineering

Latest look into the country’s oil and gas industry