Home Editors' Picks 2050 take me there 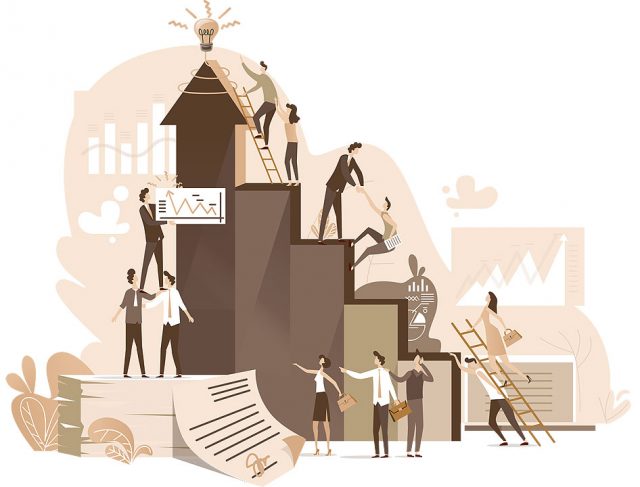 The National Economic and Development Authority (NEDA) dropped a bombshell when it released the result of a six-month study estimating the economic cost of COVID-19 for the next four decades to reach P41 trillion and that the economy is expected to return to the pre-pandemic growth trend only after 10 years. The primary assumption is that consumption and investments will likely remain sluggish for some time to come. As Socioeconomic Planning Secretary Karl Kendrick T. Chua said in the presentation: “Consumption and investment will be lower in the next 10 years due to lower demand in sectors that require social distancing (e.g., amusement, tourism, restaurants, public transportation). Consequently, tax revenues will be lower.”

I appreciate this attempt of our NEDA economists to use the scientific methods of long-term forecasting and present value analysis to demonstrate the catastrophic results of the very poor judgment of the President and his Inter-Agency Task Force for the Management of Emerging Infectious Diseases (IATF) advisers to give exaggerated emphasis to the health issues during the pandemic in almost complete contempt for what was happening to the economy by imposing the longest and most frequent lockdowns in the region. It is well known that NEDA has always taken what I consider the right position, that the long lockdowns, the school closures, and other measures that hurt the economy were unwarranted. The conclusions of their study have, to my mind, a clear purpose of changing the mindset of our government decision makers, if not immediately, at least of the ones who will be elected in May 2022. Voters should make the ineffective response to the pandemic of this present Administration a major issue in the next elections.

I, however, would like to present an alternative scenario based on a more optimistic assumption of what will happen to consumption and investment starting at least the second semester of 2022.

I maintain that social distancing and the other extreme measures related to lockdowns will be things of the past by the second semester of next year. Filipinos will treat the pandemic as endemic and will learn how to live with it in the same way they have lived with the common flu for decades. They will not tolerate the misguided policies of this present Administration such as lockdowns and school closures. Because of the strong fundamentals that have not be erased by the pandemic (what I referred to in the series of articles entitled “Aspiring for High Income Status,” as demographic, geographic and temporal dividends), investors and foreign investors will quickly recover their entrepreneurial spirit and make up for the big decline in capital accumulation in 2020 and 2021.

In fact, it was a happy coincidence that as the news on the NEDA projections were appearing in the news, Megaworld was announcing that it would be investing about P40 billion to develop beachfront and inland properties spanning 462 hectares in San Vicente, Palawan into an “eco-tourism” township. This is only one example of the bullish outlook of investors as they consider the long-term potentials of the Philippine economy, despite the pandemic. The pandemic has not taken away from Palawan the potential of being one of the most visited set of islands in the world in the years to come. It was rated by an international magazine on leisure and tourism as the best island resort in the world, besting such other tourist destinations as Bali and Hawaii.

I would like to present an alternative long-term economic scenario for the Philippines. I still think that the Philippines can attain advanced economy status by 2050, despite the temporary scars that the pandemic has left on consumption, investment, health and education in particular.

In the five-part series of articles entitled “Aspiring for High Income Status,” we saw that the longest-term forecast made by economists about the Philippine economy was that of the Hongkong and Shanghai Banking Corporation (HSBC) which, in 2012, projected that by 2050, the Philippines will have the 16th largest economy in the world. We also saw that a good number of independent think tanks, financial and economic development institutions, and international agencies like the World Bank and Asian Development Bank started to think positive about the future of the Philippine economy at the beginning of the Third Millennium.

We also saw that it is one thing to reach middle income status and another thing to actually be part of the First World. It took South Korea all of 60 years (1960 to 2021) to be promoted by the United Nations Conference on Trade and Development (UNCTAD) to be part of the club of advanced countries. Despite incomes that already exceeded $25,000, the country continued to be considered as an emerging market. It must also be pointed out that despite the recent upgrading of South Korea to the status of an advanced (First World) economy, the country still faces the problem of a very inequitable distribution of income and wealth. In a recent article that appeared in the Financial Times (Sept. 8), Prime Minister Kim Boo-Kyum lamented over the plight of the country’s poverty-stricken elderly population, the very generation that rebuilt the country after the Korean war. Despite “advanced economy” status, there exist unparalleled elderly poverty, high youth unemployment, rising property prices, spiraling household debt, and soaring education costs. Poverty now affects more than 40% of over 65s, the highest percentage among OECD members, while nearly one in 10 young South Koreans is jobless. No one country today should have any illusion that if and when it transitions to a high-income status, it will run out of problems of poverty and inequity.

There are skeptics, however, who do not believe in long-term projections such as the one that was made by the HSBC in 2012. They say that so many unforeseen events and seismic shocks can affect both the domestic and global scenarios of any given economy. The case of South Korea, however, should dispel this doubt. There were many earthshaking events between 1960 and 2021 (among them, the Sept. 11, 2001 terrorist attack against the US, the Arab Spring, numerous regional wars in the Middle East, the oil shocks of the 1970s, etc.). Because South Korean leaders focused on institution building throughout these six decades, it succeeded in taking its place among the First World economies.

In fact, in an ADB Working Paper 571, written by Jong-Wha Lee, the long-term trek of South Korea towards high-income status was very well documented. The paper showed that, despite unforeseeable events that seem to militate against long-term development, the Republic of Korea showed impressive growth over the past half-century. The country attained an average annual GDP growth rate surpassing 7.1%, raising the level of real income per capita GDP in international prices almost 26 times. Average GDP growth rates accelerated to 7.5% in the 1960s, 8.8% in the 1970s, and 9.3% in the 1980s.

The road to development was not without serious obstacles. In the East Asian Financial Crisis of 1997 to 1998, South Korea suffered a 7% decline in its GDP due to the huge, sudden reversal of short-term capital flows triggered by international investor panic. Structural problems underlying the economy, including under-supervised financial systems and an overleveraged corporate sector, also led to the accumulation of vulnerabilities that set the stage for the crisis, applying the shock to the economy. This financial crisis slowed down growth in the first decade of the New Millennium to an annual 4.1%. Then, exactly a decade later, in 2008 to 2009, South Korea suffered another shock. The global financial meltdown, which resulted from the US subprime mortgage crisis, adversely affected the economy of South Korea through spillovers from global trade and financial markets. The country’s GDP growth rate slowed down to 0.3% in 2009.

These crises illustrate the fact that long-term projections for an economy can still be valid, despite unforeseen shocks and crises as long as a country has strong institutions. It can also be pointed out that South Korea had to overcome serious political shocks. President Park Chung Hee was assassinated after nearly 20 years of rule; Chun Doo-hwan was sentenced to life imprisonment for his role in the Gwangju Massacre; and Roh Tae-woo was jailed on the same count as Chun; Lee Myung-bak was sentenced to 15 years for embezzling $22 billion; Park Geun-hye was sentenced for 25 years for various charges of corruption.

As long as a country can count on strong fundamentals based on sound market-oriented institutions, an educated population, a minimum of good governance practices, and long-term political stability, its economy can transition from a low-income status to at least an upper-middle income one, if not fully an advanced economy.

In the case of South Korea, the economy avoided falling into the Middle Income trap by implementing the following strategic moves over the last 50 or so years. Its first major step was to focus on improving its rural infrastructures and agricultural productivity, especially through the Saemaul Undung movement. It emphasized export-oriented, labor-intensive industrialization at the start of its industrialization strategy. The highest priority was given to investment in quality education and scientific research. It capitalized on its demographic dividend while it lasted. Its leaders were able to minimize crony capitalism by choosing the entrepreneurs on which to lavish state subsidies and assistance on the basis of actual business acumen and proven success rather than on personal ties. The whole society capitalized on the strong patriotism and work ethics of its citizens, which characteristics also accounted for a high domestic savings rate during the crucial stage of its development process.

Bernardo M. Villegas has a Ph.D. in Economics from Harvard, is Professor Emeritus at the University of Asia and the Pacific, and a Visiting Professor at the IESE Business School in Barcelona, Spain. He was a member of the 1986 Constitutional Commission.