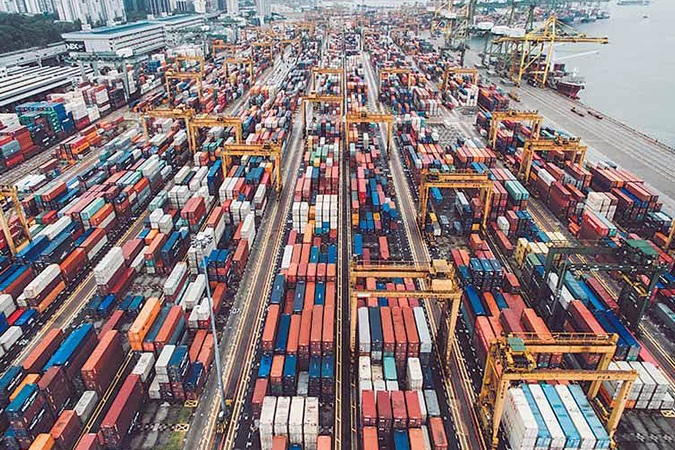 MOODY’S Investors Service said it maintained its growth outlook for the Philippines after trimming its forecasts for other economies to factor in the impact of the coronavirus (Covid-19) outbreak.

In its Global Macro Outlook March 2020 Update report, Moody’s said that global consumer and business activity could be dampened due to contagion fears.

“The longer it takes for households and businesses to resume normal activity, the greater the economic impact,” Moody’s said in its report on Monday.

Moody’s has reduced its Gross Domestic Product (GDP) growth forecast for China to 4.8% from the previous estimate of 5.2%.

It also reduced forecasts for Japan and South Korea to 0 and 1.4% from previous estimates of 0.3% and 1.9% issued in February.

Asked whether it has updated its forecast for the Philippines, Moody’s maintained its February estimate, in which it had downgraded the GDP growth forecast to 6.1% from the 6.2% estimate last year.

On Monday, National Economic and Development Authority (NEDA) Undersecretary Rosemarie G. Edillon said in a Senate hearing that NEDA’s estimate points to an economic growth range target of 5.5% to 6.5% under a prolonged-outbreak scenario.

Socioeconomic Planning Secretary Ernesto M. Pernia said that last week that the outbreak could dent GDP growth by up to one percentage point if it persists until year’s end. This incorporates a scenario where Chinese tourist arrivals fall to zero and other foreign arrivals decline by 10%.

In its report, Moody’s said that global recession risks have risen with its baseline forecasts considering scenarios assuming disruption in the first half of 2020 followed by some recovery in global factory production and consumer demand in the second half; and warmer weather in the Northern Hemisphere that could minimize the spread of the virus.

It also said that fiscal and monetary policy measures could be of help to curtail possible damage to economies.

international organizations so far suggest that policy response is likely to be strong in affected countries,” Moody’s said.

“The Federal Reserve’s decision to cut the Federal funds rate by 50 basis points (bps) and the announcements from the European Central Bank and the Bank of Japan assuring policy support will limit global financial market volatility and partly counter the tightening of financial conditions,” it added.

The Bangko Sentral ng Pilipinas cut rates by 25 bps on Feb. 6 as a preemptive measure against an economic slowdown that could be triggered by the virus.

Overnight deposit, overnight reverse repurchase, and overnight lending facilities have been reduced to 3.25%, 3.75% and 4.25%, respectively.

The Monetary Board will have another policy-setting meeting on March 19.

Governor Benjamin E. Diokno has said that Covid-19, the surprise cut by the Fed, as well as lower-than-expected 2.6% February inflation will be considered in the next monetary policy decision.

In a separate note, ING Bank-NV Manila Senior Economist Nicholas Antonio T. Mapa said that the tourism industry may have to bear the brunt of the virus more than other sectors.

“One area that will likely be affected would be the job security of Filipinos in the tourism sector with the government readying measures to support the industry,” Mr. Mapa said, noting that the Department of Tourism is looking to tap domestic tourism to take up the slack in foreign arrivals.

The Asian Development Bank has said that the Philippine may lose up to $2.25 billion or 0.68% of GDP in tourism revenues.

In February, NEDA released an estimate of potential losses of about P22.7 billion per month in tourism revenues. Meanwhile, the Department of Tourism’s estimates are at P42.9 billion worth of lost business from February to April from flight cancellations and event postponements.

Mr. Mapa also noted how the peso continued to be resilient despite the projected losses in foreign currency inflows and based on assessments that the country has relatively lower exposure to China, the ground zero for the virus, in terms of tourism and trade.

“The peso continues to outperform regional peers given analysts’ expectation that the Philippines will be the least impacted by Covid-19 given its relatively lower exposure to China in terms of tourism and trade,” Mr. Mapa said.

“The answer could be that the projected loss of tourist receipts will be offset by the expected foreign exchange outflows from Filipino jetsetters,” he added.

The peso closed at P50.58 to the dollar on Monday, against a P50.64 trading close Friday, according to the Bankers’ Association of the Philippines. Analysts said the peso’s strength is fueled by the dramatic drop in oil prices due to declining demand arising from the outbreak. — Luz Wendy T. Noble