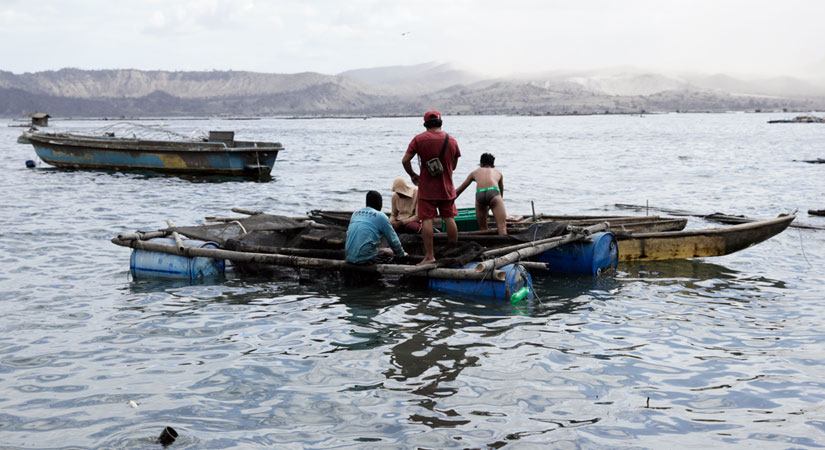 FOREGONE income from Taal Volcano’s eruption could hit as much as P4.314 billion, equivalent to 0.17% of the region’s economic output in 2018 according to the National Economic and Development Authority (NEDA).

The agriculture and fishery sector could account for almost three-quarters or P3.167 billion of the unrealized income, NEDA said in an e-mailed report.

The foregone income from agriculture is equivalent to 2.32% of the gross value added (GVA) in agriculture, fishery and forestry of the Calabarzon Region, made up of the provinces of Cavite, Laguna, Batangas, Rizal and Quezon.

Taal Volcano in Batangas province forced thousands of residents to flee after it emitted a thick ash column on Jan. 12. The ashfall covered cities near the capital, forcing financial markets to suspend trading and the Manila airport to close.

The nation’s top seismologist on Monday warned of a sudden explosive eruption as gas continued to build up beneath Taal Volcano, one of the world’s smallest and deadliest.

In their report, Socioeconomic Planning officials said foregone income in the service sector could hit P789.1 million, while that of industries could reach P357.3 million.

The estimates could rise to P2.778 billion and P711.9 million, respectively if foregone income within Taal’s 17-kilometer radius was taken into account, NEDA said.

Socioeconomic Planning Secretary Ernesto M. Pernia told reporters on Monday the estimates were based on foregone income only, excluding actual damage on infrastructure, public and private properties because of the volcanic eruption.

He said the disaster could affect poverty in the short term.

NEDA does not expect Taal Volcano’s eruption to have a major effect on the economy, “unless there will be a violent eruption and then we have to do our recalculations,” Socioeconomic Planning Undersecretary Adoracion M. Navarro said at the same briefing.

CROP DAMAGE
Also on Monday, the Agriculture department said damage from the eruption of Taal Volcano has reached P3.22 billion, with the fishery sector accounting for half of the devastation.

The eruption has affected 16,150 hectares of farmlands and killed 55,881 animals including chickens, carabaos, cattle, horses, swine and goats, the agency said in a report.

Cassava plantations covering 1,208 hectares in the provinces of Batangas, Cavite and Laguna worth P48.18 million had been damaged, it said.

The second-highest alert level remained hoisted over the volcano and a 14-kilometer danger zone was off limits because an explosive eruption was possible “within hours to days,” the local volcanology agency said.