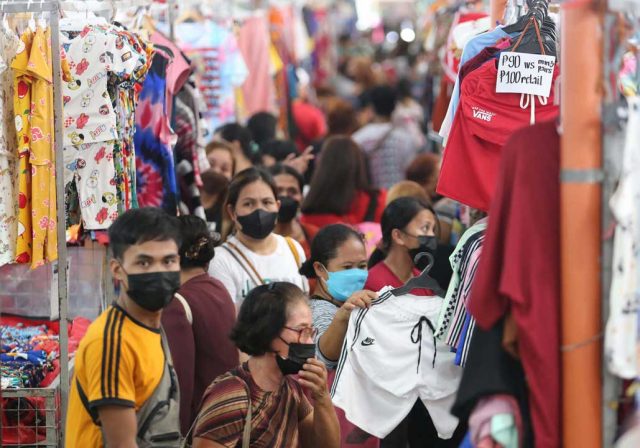 THE DEPARTMENT of Health (DOH) reported 289 coronavirus infections on Thursday, bringing the total to 2.84 million.

The agency said 89% of the reported cases occurred from Dec. 3 to 16. The top regions with cases in the past two weeks were Metro Manila with 70, Calabarzon with 27 and Central Visayas with 26.

It added that 11% of the reported deaths occurred in December, 9% in November, 53% in October and 21% in September.

DoH said nine duplicates had been removed from the tally, nine of which were reclassified as recoveries, while 40 recoveries were relisted as deaths.

It added that 179 patients had tested negative and were removed from the tally. Four laboratories did not operate on Dec. 14, while three failed to submit data.

The agency said 22% of intensive care units in the Philippines were occupied, while the rate for Metro Manila was 23%.

The government has fully vaccinated 42.6 million Filipinos, while 55.6 million have received their first dose as Dec. 15, according to DOH data.

He issued the statement after the Philippines reported its first two cases of the Omicron variant on Dec. 15. A Filipino who came home from Japan and a visiting Nigerian had tested positive for the highly mutated coronavirus variant.

The FDA earlier allowed the use of Sinovac, AstraZeneca, Moderna, and Pfizer as COVID-19 booster shots for people who got their second dose six months earlier, and three months earlier for those who got infected with the Janssen vaccine.

The government took delivery on Wednesday of more than a million coronavirus vaccines it bought.

Earlier in the day, about four million vaccines, donated by the United Kingdom, Germany and the Netherlands also arrived.

The deliveries are more than the usual 7 million doses that the state gets in a week.

The shipments include vaccines bought by the government and donated by various countries, he told a taped Cabinet meeting on Monday night.

He said about 52 million vaccine doses would arrive this month.

The Philippines on Monday night received 1.53 million doses of the single-dose vaccine made by Janssen Biotech Inc.

The latest shipment of Janssen vaccines was donated by The Netherlands. Two more batches from Amsterdam are set to arrive this month.