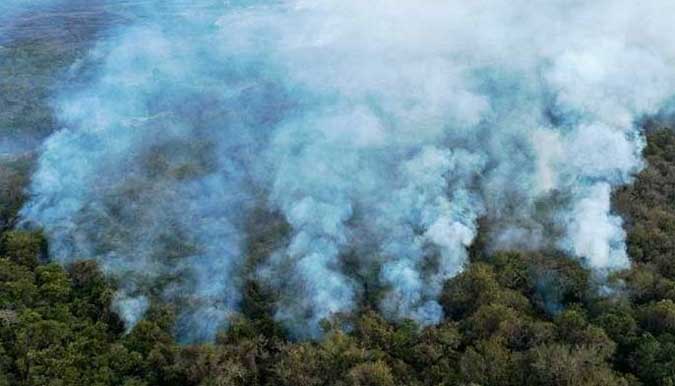 The World Bank said the degradation of the environment in the Philippines could result in $12.2 billion worth of lost output by 2030 in industries that depend on nature, making it among the world’s most vulnerable.

In a report, The Economic Case for Nature, the bank forecast that the collapse of selected ecosystem processes, such as wild pollination, marine fisheries, and timber growth in native forests will reduce output of industries that depend on such services provided by nature by 18% over the decade.

The industries deemed to be highly dependent on nature services include agriculture, livestock, forestry, and fisheries.

Philippines fisheries output is expected to decline 22% or $3.5 billion by 2030.

“Environmental degradation can push an ecosystem to a ‘tipping point’ beyond which it will shift to a new state or collapse entirely. Such a collapse would lead to a large-scale, abrupt decline in ecosystem services,” the World Bank said.

“Low-income and lower-middle-income countries stand to lose the most in relative terms if ecosystem services collapse,” it added.

The report noted that nature is a “critical asset” for these economies since it accounts for a significant share of their national wealth, while many low-income households rely on agriculture for income and as their safety net.

The World Bank estimated that biodiversity and ecosystem services degradation could slash global economic output by $2.7 trillion, equivalent to 2.3% of gross domestic product (GDP) each year, by 2030.

It said traditional economic models do not account for the worsening trend in ecosystem services, which produce “overly optimistic” estimates of economic growth.

The World Bank urged policymakers to adopt a coordinated policy response to prevent ecosystem services from degrading further and address biodiversity loss. The response needs to have elements like incentives for conservation, such as carbon payment schemes, in which landowners are compensated for maintaining forests.

It said sustainable agriculture can also help preserve nature, as can increased public investment in agricultural research to allow farmers to boost their output on land already being cultivated without encroaching into forested areas.