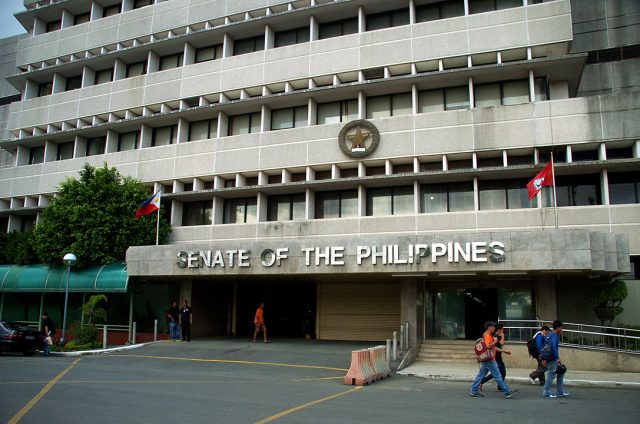 A BILL simplifying the adoption process was approved by the Senate on third and final reading on Tuesday.

The Domestic Administrative Adoption and Alternative Child Care Act of 2021 or Senate Bill 1933 was passed unanimously with 22 affirmative votes.

The measure is a consolidation of two bills originally authored by Senator Mary Grace S. Poe-Llamanzares and Senator Ramon B. Revilla, Jr.

Senator Ana Theresia N. Hontiveros-Baraquel, author and sponsor of the consolidated version, said the measure seeks to dispense with the “lengthy process associated with judicial adoption by allowing domestic adoptions via an administrative process.”

Under the bill, the waiting time of adoptive parents would be cut from years to six to nine months.

Ms. Hontiveros-Baraquel, who chairs the Senate Committee on Women, Children, Family Relations and Gender Equality, said in a statement that previously, “only 60% of adoption cases in the country are finalized within one year to three years. Some cases take up to four years or longer. Families end up spending hundreds of thousands of pesos in these lengthy proceedings.”

The provision also mandates a simpler, less-costly administrative process of adoption to be managed by a new government body, the National Authority for Child Care (NACC).

“There are thousands of children who have been voluntarily or involuntarily given up by their parents due to poverty, negligence, abuse, a death in the family, or many other reasons. But thank God that there are others who wish to step up, adopt children, and provide them with a loving home,” said Ms. Poe-Llamanzares in a manifestation on Tuesday.

Procedural safeguards are included in the bill to protect the child’s welfare, such as the requirement of a home study and case study by a social worker for each application for adoption. The bill also penalizes abuse and exploitation of children as well as simulation of birth or the fictitious registration of the birth of a child under a person not their biological parent.

Ms. Poe said the bill, if passed into law, may encourage adults to pursue adoption. The bill will “minimize costs, declog the courts and help the 4,943 Filipino children under the care of the Department of Social Welfare and Development who are still waiting for a permanent home,” she said. — Alyssa Nicole O. Tan