DeRozan set the tone against his former team, shooting 8 of 14 in the first half as the Bulls built a 67-50 lead by intermission.

Chicago leveraged a 68-46 scoring advantage in the paint to lead most of the way, but Toronto battled back to pull ahead 103-102 with 3:11 remaining. 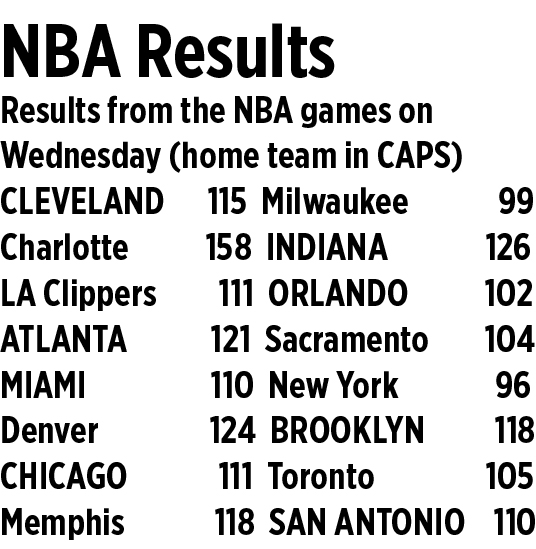 Gary Trent, Jr. scored 32 points for a second consecutive game to lead Toronto. He shot 6 of 10 from the 3-point arc.

On the last attempt of his 11-of-22 shooting night, Trent pulled the Raptors to within 107-105 with 2:03 to play, but he was ejected when he received his second technical foul of the night.

LaVine made the ensuing technical-foul free throw, and after Nikola Vučević grabbed his game-high 15th rebound, Vučević hit a 3-pointer to put the game away. He finished with 17 points and eight assists.

Javonte Green added 12 points on 6-of-9 shooting and grabbed six rebounds for the Bulls, and Coby White finished with nine points off the bench. Reserve Troy Brown, Jr. chipped in another eight, hitting 2 of 3 3-point attempts.

Wednesday marked Chicago’s 24th game this season in which both DeRozan and LaVine scored at least 20 points.

OG Anunoby scored 23 points on 10-of-15 shooting from the floor for Toronto, making 3 of 7 from beyond the arc. Scottie Barnes added 16 points, seven assists and five rebounds.