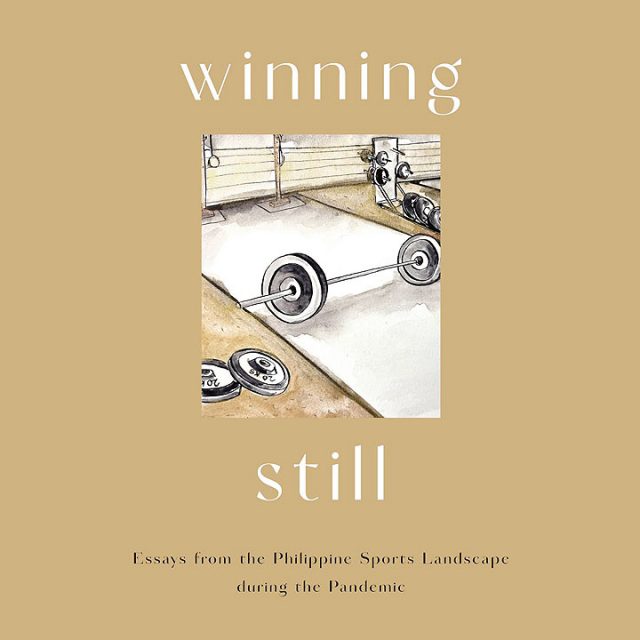 SPORTS is one of the hardest-hit sectors by the coronavirus disease 2019 (COVID-19) pandemic, but it is also a source of inspiration for one to weave through the prevailing challenging conditions.

That is the motor behind the recently published book Winning Still: Essays from the Philippine Sports Landscape during the Pandemic, which is an anthology of essays written by accomplished Filipino sports stakeholders and personalities.

It aims to inspire individuals to forge ahead and use these difficult times to be shaped, or reshaped, to be better versions of themselves.

“Obviously, the pandemic hit us hard. If you look around, every facet of life has been affected by it. I cannot think of any affairs not affected, and it’s not only in sports,” said Noli Ayo, project coordinator for the book and athletics director of Ateneo de Davao, in a Zoom Meetings interview.

Winning Still is a product of the thrice-a-week (Mondays, Wednesdays and Fridays) sessions which Mr. Ayo spearheaded last year just as the pandemic was starting to grip the country, with a group of athletes and coaches and sports personalities.

In the online sessions, which are still ongoing, they talk about their different experiences during this time of the pandemic, how it has affected them at various levels, and how they are moving forward, among other things.

“It started with a small group then it attracted more and more individuals not only here in the country, but also from abroad. When that happened, we said to ourselves that maybe there was something in what we were doing,” shared Mr. Ayo, who is the convenor and one of the founders of the Mindanao Peace Games, one of the biggest independently running sports organizations in Mindanao.

MAKING THE BOOK
Mr. Ayo said in making the book it was important for everybody to take note of the lesson of having a common compelling goal.

“Here we like gathering people, but sometimes we operate in silos. And for this book, we did not want that to happen,” he said.

Mr. Ayo said initially they thought of assigning writers for specific topics, but eventually reconsidered it, allowing them instead to write anything they want, but following the lines set for the book.

“We said to them, “If you can express it, you can write it.” And we took it from there.”

And the result is Winning Still, which is composed of seven chapters, namely, Overcoming Struggles, Mind over Matter, Relearning Endurance, Change or Pivot, The Anatomy of Champions, Inside Out, and Winning Still.

“This book is a tangible proof that great things can happen if you have the right people coming together. I’m so proud of this book and all of these writers,” Mr. Ayo said.

He went on to say that the reception for the book has been overwhelming, recently being sold out and is set for reprinting, something they are excited about. Volume 2 is also being planned.

“In this pandemic, you either sink or adapt. The book is about adapting, evolving amid the prevailing conditions,” Mr. Ayo said.

“The pandemic has affected us, but it also gave the invitation to change. Many are still struggling, but there are also others who have moved forward. [Things may look impossible right now], but the thing about impossibility is it only takes one person [or moment] to remove the impossible.”

Winning Still is sold for P750 and is available over the Winning Still Facebook page and online bookstore Crazy About Paper.