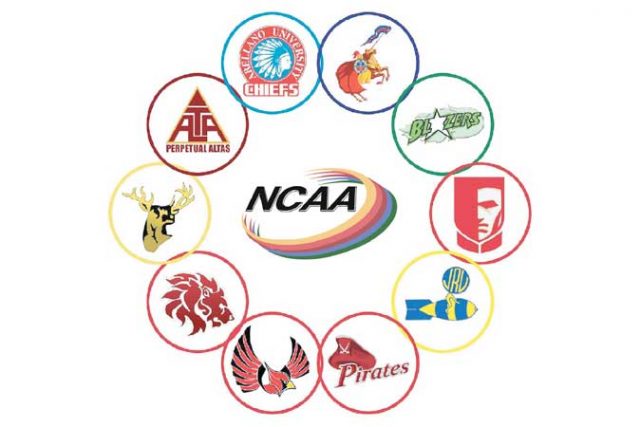 SEASON 96 of the National Collegiate Athletic Association (NCAA) conducted in extraordinary circumstances because of the pandemic officially kicked off on Sunday with a virtual opening ceremony.

Playing under the theme “Rise Up Stronger: NCAA Season 96,” the new season of the country’s oldest collegiate league serves to start the move towards the return of varsity sports in the Philippines, which was effectively halted by the health crisis.

Season 96 is being done under strict health and safety protocols but still bent on showcasing the world-class talent of young Filipino student-athletes from the 10-member schools of the NCAA, led by this season’s host, Colegio de San Juan de Letran.

“Since the COVID-19 pandemic shut us down last year, the NCAA has resolved to move forward and to carry the good fight, for our love of the game,” shared Season 96 Policy Board President Fr. Rector Clarence Victor C. Marquez, OP of Letran, of the league’s drive to push through with its new season.

“NCAA would like to show the creativity and resilience of the Filipinos, especially in the pandemic. We don’t give up — that’s the message we want to deliver. We have to adjust to the situation and make the most of it,” NCAA Season 96 Management Committee Chairman Rev. Fr. Victor Calvo, Jr., OP, also of Letran, for his part, said.

To make the staging of Season 96 a reality, the NCAA actively worked with its new television partner GMA Network.

The two groups have put in place some tweaks on how the season will be presented so as to adapt with the current situation with the pandemic.

For now, the league will be staging virtual competitions which include those for chess and taekwondo (poomsae and speed kicking).

Later on, after further clarification from government authorities and other league stakeholders, virtual basketball and volleyball skills challenges will be staged.

“We are grateful to the NCAA for their confidence in GMA Network as their new home and to our student-athletes for keeping the passion for sports alive,” said GMA Regional TV and Synergy First Vice-President and Head Oliver Victor Amoroso.

NCAA Season 96 competition will be aired on GTV while fans abroad can catch all the action via GMA Pinoy TV and GMA News TV. Action can also be seen on the NCAA Philippines mobile app.

Beginning Monday, June 14, sports fans can catch the Taekwondo Poomsae in the Men’s and Women’s Divisions to be followed by a Speed Kicking tournament, a new competition designed by the Philippine Taekwondo Association for NCAA Season 96.

Sports commentator Anton Roxas will give the blow-by-blow account of every game as well as highlights.