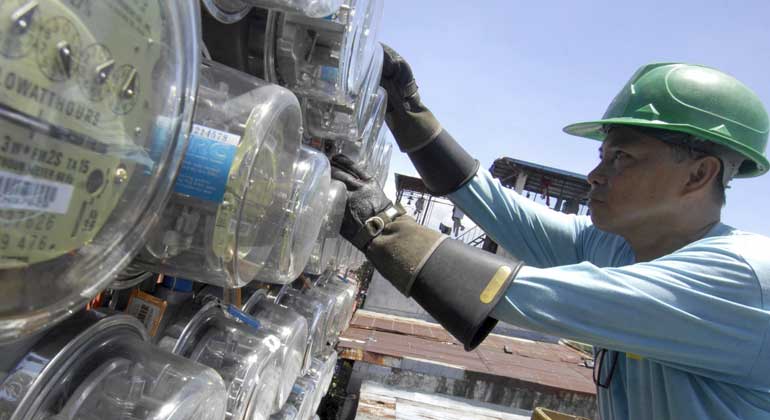 A SENIOR senator on Thursday called on the Energy Regulatory Commission (ERC) and distribution utilities like the Manila Electric Co. (Meralco) to extend the “no-disconnection” policy for low-income consumers until the end of the general community quarantine (GCQ).

In a statement Thursday, Senator Sherwin T. Gatchalian, who chairs the Senate committee on energy, said that this is “not the time to collect payments since there were many poor consumers who spent for Christmas.”

Two weeks earlier, Meralco’s Vice-President and Head of Corporate Communications Joe R. Zaldarriaga said the company has started to issue disconnection notices to users falling behind on their payments. He said Meralco will be asking households consuming 201 kilowatt-hours (kWh) or more to settle their unpaid obligations this month, while those consuming 200 kWh and below were given until the end of January to pay.

Meralco’s no-disconnection policy on households with typical consumption was supposed to end on Dec. 31, but was extended until the end of January.

“It’s not the time to collect payments from low-income consumers. Christmas has just ended, and many Filipinos celebrated and spent what they could for it. It’s better to loosen the ‘no disconnection policy’ until the quarantine ends,” Mr. Gatchalian said in Filipino.

He also asked for “humanitarian consideration” for users with outstanding power bills.

Meralco’s Mr. Zaldarriaga has said the grace period has been in force for some time and that there was “no recourse on the firm’s part but to collect the overdue payments and consider the viability of their operations.”

BusinessWorld asked the ERC and Meralco to comment specifically on Mr. Gatchalian’s statement, but they had not replied at deadline time.

Meralco has said that it plans to increase its power rates by P0.2744 per kWh this month compared to December levels. Residential customers consuming 200 kWh are expected to pay an additional P55.