Home Infographics How much does each commodity group contribute to October inflation?

Headline inﬂation picked up to 7.7% in October from 6.9% in September and 4% in October 2021, reaching a 14-year high since the 7.8% reading in December 2008 during the global ﬁnancial crisis. This is near the high end of the Bangko Sentral ng Pilipinas’ 7.1-7.9% forecast range for that month, and marked the seventh straight month that inﬂation breached the central bank’s 2-4% target range for the year. Likewise, inﬂation among the bottom 30% of income households climbed to 7.3% from 6.7% in September, and 4.8% in October last year. This infographic shows how much each major commodity contributed to the inﬂation for both groups in October. For all income households, food and non-alcoholic beverages continued to contribute the most with 3.5 percentage points (ppts), followed by the utilities basket with 1.5 ppts. Similarly in the poor households, food and utilities remained the major contributor with 4.3 ppts, and 1.2 ppts, respectively. 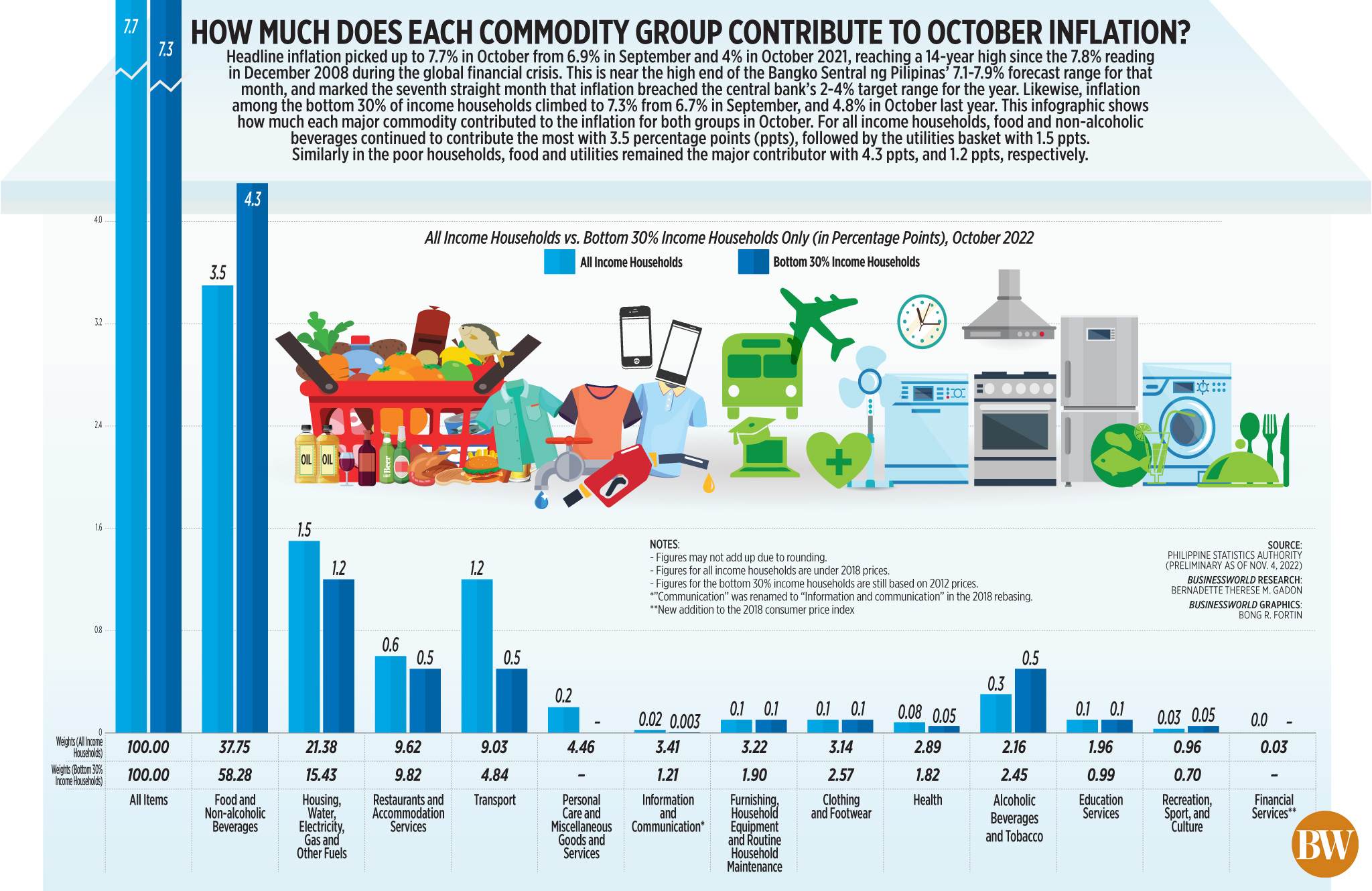 Inflation rates in the Philippines

How much did each commodity group contribute to January 2023 inflation?

Which commodities stood out in terms of contribution to Sept. inflation?

Philippines lags behind regional neighbors in public spending on health, social protection in 2020