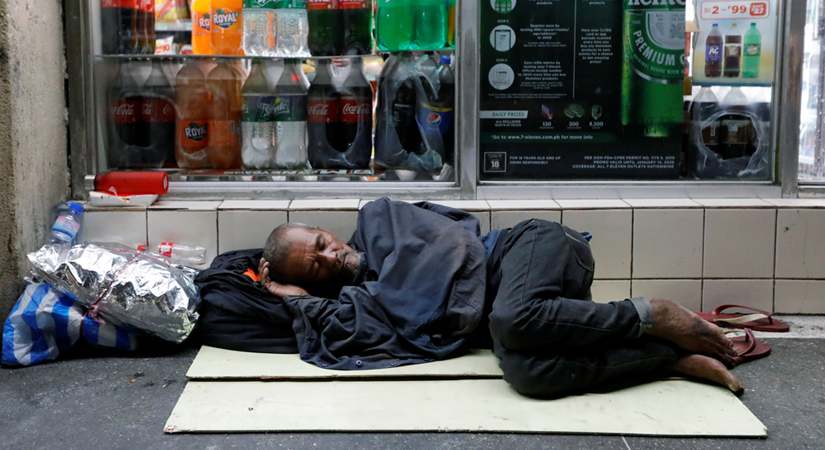 INFLATION, as experienced by low-income families, picked up to its fastest pace in six months in January, the Philippine Statistics Authority (PSA) reported on Thursday.

The inflation rate for the country’s bottom 30% income households clocked in at 2.3% in January, faster than the year-on-year inflation rate of 1.9% in December 2019, but slower compared to 5.2% in January 2019.

The latest reading, which was revised from the earlier-reported 2.6% last Feb. 5, marked the fastest clip in six months or since July 2019’s 2.7%.

This compares with the 2.9% headline inflation experienced by the average Filipino household in January that was faster than 2.5% in December, but slower compared to 4.4% in January last year.

The consumer price index (CPI) for the bottom 30% reconfigures the model basket of goods in order to reflect the spending patterns of the poor. This compared with the headline CPI which measures inflation as experienced by the average household.

Indices that remained unchanged during the month were clothing and footwear (2.8%); furnishing, household equipment and routine maintenance of the house (1.8%); and health (2.9%).

Bucking the trend was the restaurant and miscellaneous goods and services index, whose inflation inched down to 2.6% from 2.7% previously.

Poor households’ inflation in Metro Manila went down to 2.1% in January from 2.9% in December. On the other hand, those living outside the capital experienced inflation of 2.3% in January, higher than 1.9% the previous month.

“Clearly, the uptick may have come from the recent Taal Volcano eruption where there was a temporary increase in food prices coming from the areas immediately surrounding the volcano,” UnionBank of the Philippines, Inc. Chief Economist Ruben Carlo O. Asuncion said in an e-mail yesterday.

Taal Volcano spewed a giant ash column on Jan. 12, covering large parts of Southern Luzon and cities near Metro Manila. The volcano is the country’s second-most active volcano and has been under Alert Level 2 since Feb. 14.

“We have also seen the increase in fuel prices due to the TRAIN law implementation last January. Most of all, there has been a diminished base effect since we have already seen much lower levels of annual increments last 2019,” Mr. Asuncion added, referring to the Tax Reform for Acceleration and Inclusion law.

The economist was referring to the implementation of excise taxes on petroleum products that took effect at the start of the year under the third and final tranche of the TRAIN Law. Under this tranche, additional excise taxes of P1 per liter for gasoline, P1.50 per liter for diesel, and P1 per kilogram for household liquefied petroleum gas (LPG) will be imposed.

Moreover, there will be an additional 12% value-added tax, bringing the total to P1.12 per liter for gasoline and per kilogram for LPG, and P1.68 per liter for diesel. On the other hand, stocks that are part of oil companies’ Dec. 31, 2019 inventories are not subjected to the additional excise taxes.

Looking forward, Mr. Asuncion said inflation in February is expected to be lower with the decline in global oil prices.

“Knee-jerk reactions of fear due to the COVID-19 (coronavirus disease 2019) outbreak may also have caused the slight dampening of consumption demand across food products,” Mr. Asuncion added.