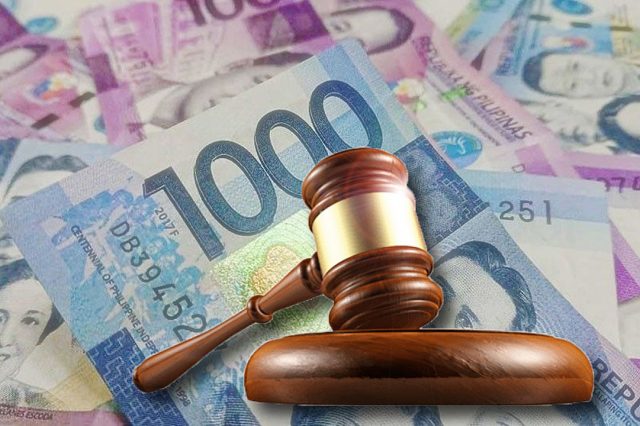 THE HOUSE of Representatives sent the proposed P5.024-trillion budget for next year to the Senate on Monday, two days ahead of schedule, according to the chairman of the House appropriations committee.

The Senate received copies of House Bill 10135 or the 2022 General Appropriations Bill on Oct. 25, according to a copy of a House letter to the upper chamber that House appropriations chairman Eric G. Yap sent to reporters via Viber on Wednesday.

The House approved the measure on third and final reading on Sept. 30. Congressmen had realigned P65.5 billion of the proposed spending plan on Oct. 14 by allotting funds for coronavirus vaccine booster shots, displaced workers and health workers’ risk allowance, as well as for the downpayment for the military’s C-130 planes.

Speaker Lord Allan Jay Q. Velasco said the early transmittal would help Congress approve the budget as soon as possible and pave the way for its enactment by President Rodrigo R. Duterte by December.

“We hope to give our senators reasonable time to scrutinize and pass their own version of the General Appropriations Bill as we look forward to the bicameral conference,” he said in a statement.

Mr. Velasco also said the government could not afford a reenacted budget that could hamper the country’s economic recovery from a coronavirus pandemic.

Senator Juan Edgardo M. Angara, who heads the finance committee, said in a Viber message they had received copies of the House-approved budget bill.

He said the measure would be discussed once Congress resumes sessions on Nov. 8.

Pandemic response, funds for the task force against communist insurgency and devolution would be among the issues to be discussed during plenary debates, he added.

Senators earlier said they seek to approve their version of the proposed 2022 budget by the end of November. — Russell Louis C. Ku

CoA suspends special audit, release of reports on candidates for 2022 polls to avoid...