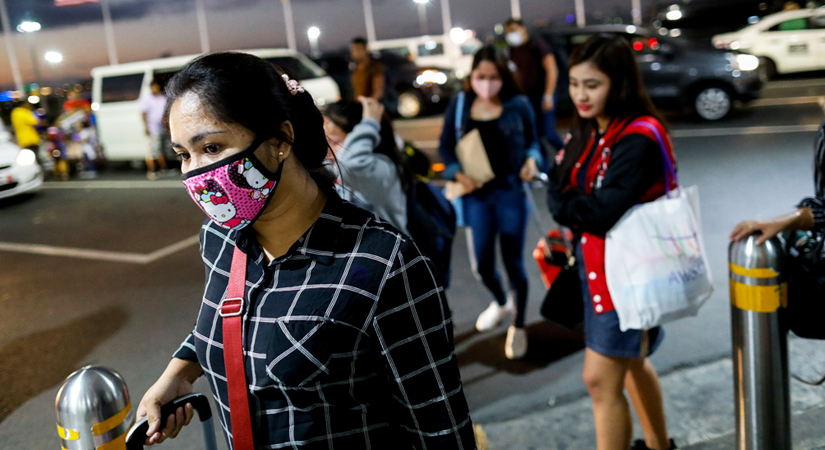 THE government has lifted the ban on Filipino deployment for jobs overseas as part of easing the lockdown imposed on key cities and regions.

Land- and sea-based Filipino workers may seek employment abroad as long as they sign a waiver about the risks of getting infected with the coronavirus, presidential spokesman Harry L. Roque told a news briefing on Thursday.

The Department of Health reported 258 new infections yesterday, bringing the total to 11,876.

The death toll rose to 790 after 18 more patients died, it said in a bulletin. Eighty-six more patients have gotten well, bringing the total recoveries to 2,337, it added.

Meanwhile, the government was on track to boost its testing capacity for COVID-19 to 30,000 samples daily from 8,700 by the end of the month, Vince Dizon, deputy chief enforcer of the national policy against COVID-19, said at a news briefing.

He said they expect 66 laboratories to open by May 30, lower than the initial target of 78.

Meanwhile, Mr. Roque said workers were still barred from going to countries where there’s a ban by the Philippine Overseas Employment Administration.

Metro Manila will remain under a so-called modified enhanced community quarantine, where some businesses will be allowed to reopen from May 16 to 30.

More than half of the country’s coronavirus disease 2019 infections and deaths are in the capital and nearby cities.

The government also barred health workers without job contracts as of March 8 from leaving the country amid the pandemic. That ban remains in force, Mr. Roque said.

He said job recruiters may resume operations in areas under both enhanced and general lockdowns.

The Philippine government has repatriated more than 20,000 Filipino workers during the health crisis, mostly seafarers displaced by the pandemic, according to the Foreign Affairs department.

More than 89,000 Filipinos overseas had either been displaced or were on a no-work, no-pay status due to lockdowns and slowdown of businesses in host countries, according to the Philippines’ Department of Labor and Employment.

The government calls them “modern heroes” because remittances they send home provide a steady stream of foreign exchange to help offset the widening trade gap and limit the current account deficit.

Personal remittances — whether in cash or in kind and capital transfers between households — hit a record $33.5 billion last year, a 3.9% increase from a year earlier and accounting for almost a tenth of the Philippine economy, data showed.

The data only counted money sent home by 2.3 million overseas Filipinos through official channels such as banks and remittance centers.

Global job losses that the International Labour Organisation (ILO) had estimated to reach 25 million this year is turning the $715 billion global remittance industry upside down.

Global remittances are expected to fall by 20% this year due to the economic crisis induced by the COVID-19 pandemic and shutdown, according to the World Bank.

The projected decline, which would be the sharpest in history, is largely due to a fall in the wages and employment of migrant workers, who tend to be more vulnerable to loss of employment and wages during an economic crisis in a host country, it said in a report last month.

Remittance flows to the East Asia and Pacific region, which includes the Philippines, are expected to fall by 13% this year from $147 billion in 2019. — Gillian M. Cortez and Charmaine A. Tadalan