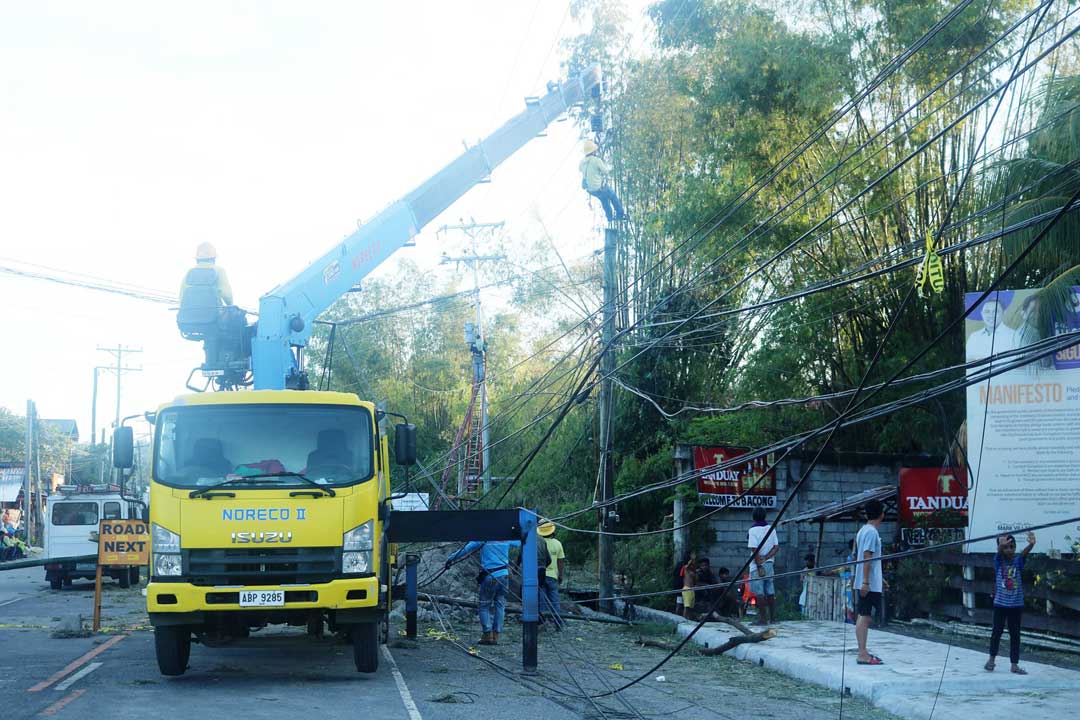 A party-list representative is urging the government to include underground cables as part of its disaster resiliency plan, to prevent massive blackouts during calamities like typhoon Odette (international name: Rai).

“As far as I know, they (private energy firms) are considering that direction,” Department of Energy Assistant Secretary Gerardo D. Erguiza, Jr. told BusinessWorld in a text message.

Ms. Herrera, who was a principal author of HB 5845 also known as the Nationwide Cable System Act, has proposed to make investments in energy resiliency and sourcing funds from bonds issued to investors. She estimates that the initial funding would amount to P25 billion per year for about 20 years.

The Nationwide Underground Cable System Act requires companies that use wires including those that supply power, internet services, telephone, cables to the public, to relocate their wires underground within 10 years of its implementation. The measure is still pending with Committee on Information and Communications Technology since 2019.

The congresswoman noted that having multi-phased programs would make it easier to make huge energy investments. Areas often struck by disasters must be prioritized and later phases could include places surrounding those areas. She suggested that in a few months, a feasibility and sustainability study could be done in those locations. The research funding could come from technological grants from other countries.

Kelly shoots for a more convincing win over Lee