The Philippines remains among the more mildly affected countries by the China virus, a.k.a. SARS-Cov-2 which causes COVID-19, compared to many countries in Europe and North America.

In Table 1, I divided selected countries into four groups: Group A, top 10 with the largest ratio of deaths per 1 million population, they happen to have old and ageing population; Group B, also with an old population but low death ratio; Groups C and D, low death ratio and young population, Asia and Africa, respectively.

Two, African countries known to have more malaria cases have more immunity from this virus, they also have very young population.

These extended lockdowns, March 15 to April 30, should end as scheduled and not be extended. A modified quarantine can still be implemented, the oldies and those with existing or underlying diseases should remain at home but the young and healthy should be allowed to work.

In previous pandemics, many oldies and those with weak immune system died soon while the rest of the population developed herd immunity, natural immunity after some time. Notice that in pandemics from 1900s, they lasted only two years on average despite having no modern medicines, no vaccines. The big recent pandemics and their estimated global deaths are:

Of these, perhaps only H1N1, which is a variant of the Spanish flu, was partly controlled by vaccines and modern medicines. For the previous ones, herd immunity mostly among the young/healthy controlled the viruses, and human population expanded again.

The lockdown hysteria has created its own fiscal hysteria. I summarize below three proposals on huge government spending to be financed by huge borrowings and to be paid by huge taxes later on. 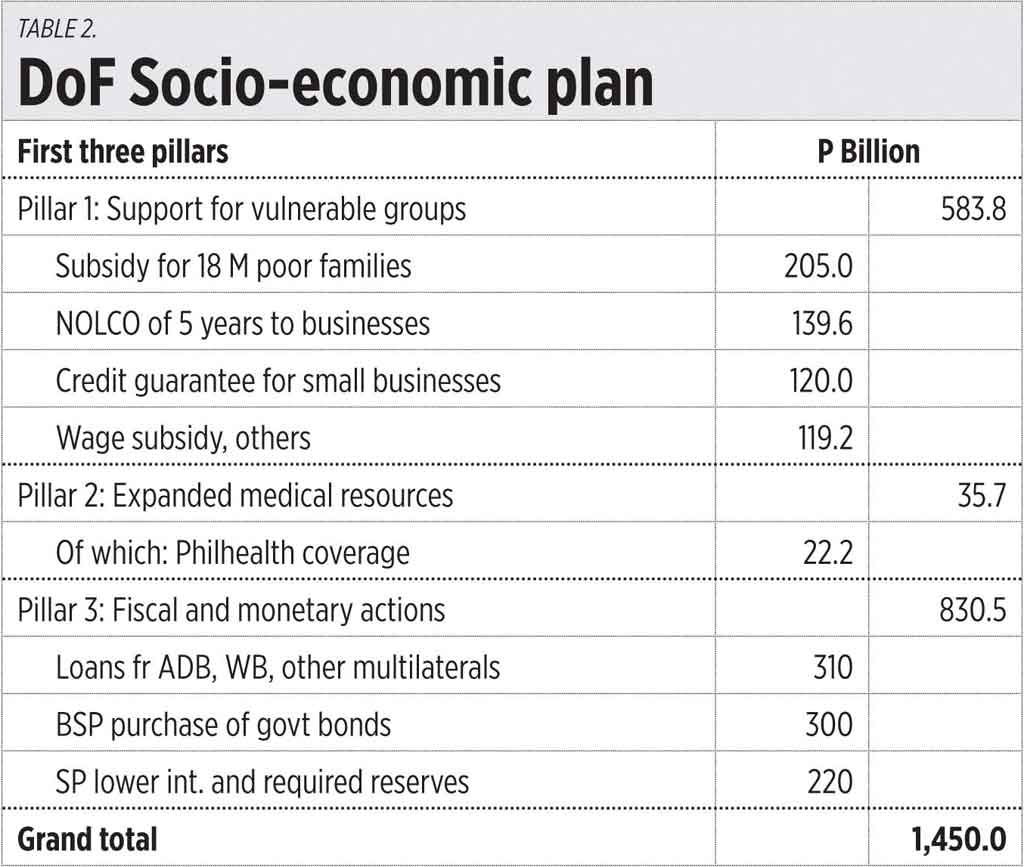 The Chairman of the House Committee on Ways and Means, Congressman Joey Salceda has his own central planning that is much larger than the DoF plan (see Table 3). 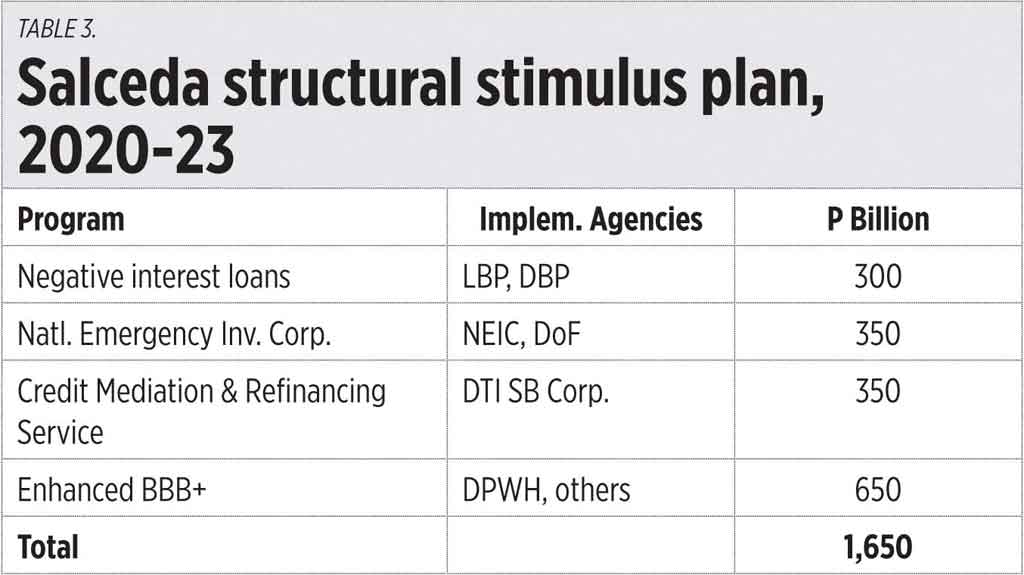 Then Congwoman Stella Quimbo, head of the House Sub-Committee on Economic Stimulus Package, made a more modest stimulus plan, assuming a fiscal multiplier of 1.53 and proposed an amount just one-half of the DoF plan (see Table 4). 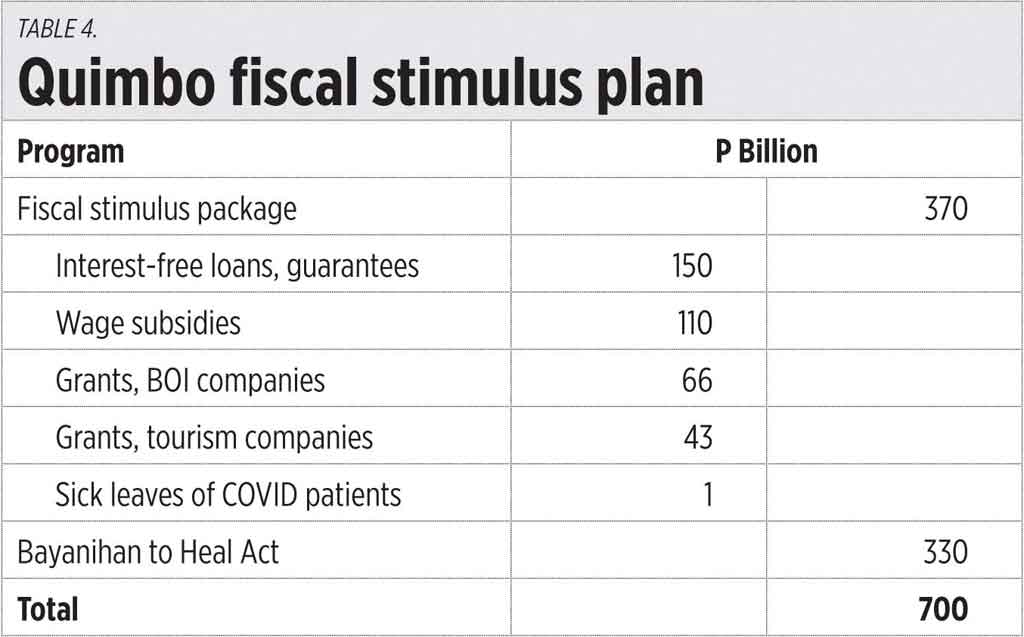 The longer the lockdown — where even the young and healthy are forced to stay home — lasts, the bigger the economic damage. Which will require even bigger government spending and must be paid later by bigger, higher taxes, regulatory fees, fines and penalties.

The lockdown should end April 30 as scheduled, no more extensions. People have the freedom and right to work and be productive, hysteria and paranoia should not prevail over economic needs and realities.