Home Editors' Picks Why PSALM and NEA should go

Recently there was a story on the huge debt of the Power Sector Assets and Liabilities Management Corp. (PSALM) because it could not collect P59 billion from independent power producers (IPPs) and electric cooperatives (ECs). That is a big amount and PSALM continues to collect various universal charges (UC) for the various stranded costs and debts of the National Power Corp. (NPC).

The UC and PSALM were created by the EPIRA law of 2001. PSALM has three core functions: (a) privatize NPC generation and Transco transmission assets, (b) manage liabilities of NPC debts, obligations of electric coops to NEA and other agencies, and (c) administer the collection and disbursement of UC funds.

The current UC rate of nearly 38 centavos/kWh is big and UC remittances received by PSALM are big, and it petitions the ERC to avail of huge funds (see Table 1). 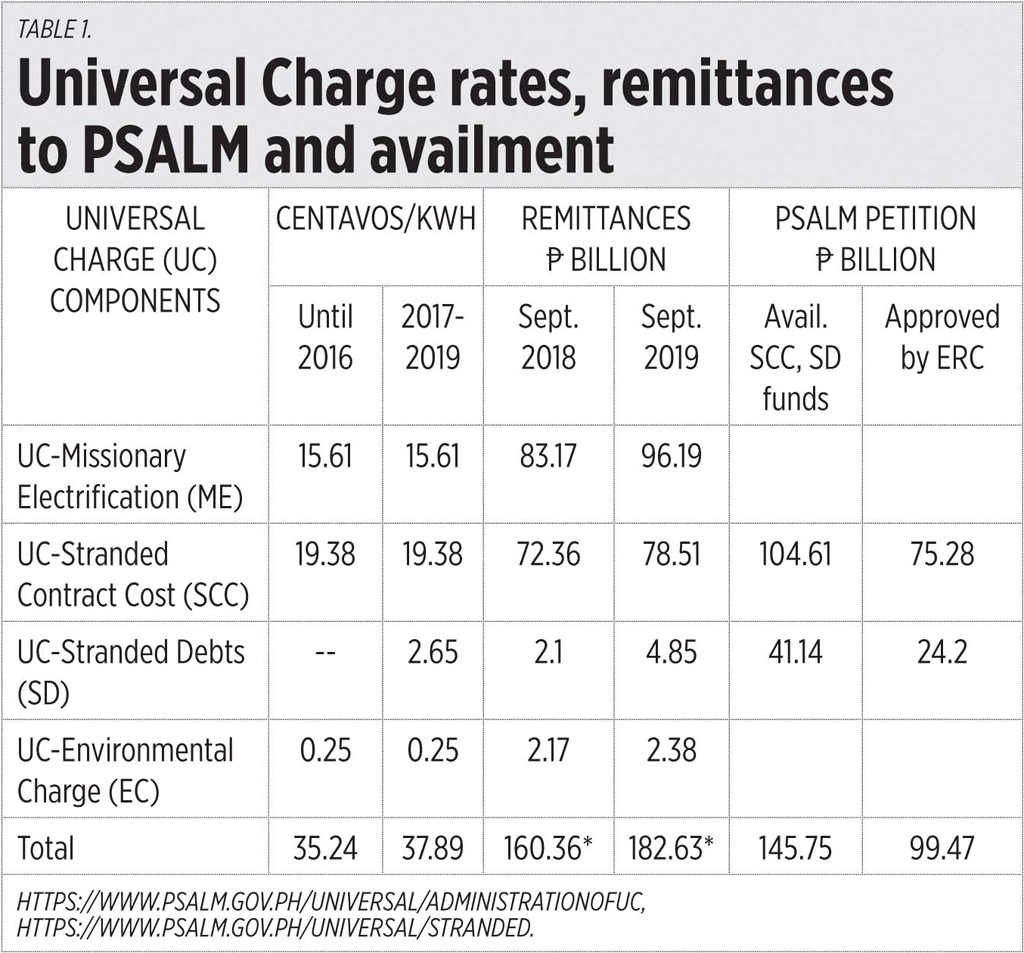 The four UCs components are as follows:

1. ME — a subsidy for electricity supply in small island provinces and far-flung areas.

2. SCC — excess of the contracted cost of electricity by NPC over actual selling price.

4. EC — for watershed rehabilitation and management.

PSALM is administering a huge pile of cash from us electricity consumers — P183 billion as of September 2019. Two sore thumbs sticking out here.

One, the ME subsidy for small island provinces and far away areas seem like they will go on forever when they should have been eliminated. Debureaucratize the construction of their own baseload, 24/7 power plants and just augment with big gensets running on diesel during peak hours. Then NPC-SPUG (small power utility group) can be privatized and/or eliminated as well.

Two, those old SCCs and SDs by NPC have been there since the early 1990s, and after nearly three decades they are still there and the UC rates do not seem to decline through time — Wow! PSALM, being a generation player managing and operating unprivatized NPC plants, can “sell low” power at a loss then raid the UC funds to recover its losses and appear to be financially healthy. This is lousy and creates a moral hazards problem. PSALM will have little or no incentive to hasten the privatization of the remaining NPC plants. It can become a forever bureaucracy funded by forever UC subsidies, and it can distort competition in the Philippines electricity market. PSALM should go.

On ECs, they are created by politics via Congressional franchising, monitored and even pampered by politics via the National Electrification Administration (NEA). With such high political backing, many ECs are either mismanaged and/or remain inefficient, with persistent blackouts for their franchise areas. Some also do not pay their gencos. ECs run to the NEA for loans instead of commercial banks. There are huge taxpayers subsidies given to NEA annually, mostly for sitio electrification program (SEP, see Table 2).

All ECs should become corporations and depoliticized, and be registered with the Securities and Exchange Commission and not with NEA. We now have one-person corporations, so how come these big ECs cannot be corporatized? NEA as regulator-bureaucracy should go, at least its monitoring function of ECs.

Fake news. There is no such thing as a “monopoly of power,” whether by MPIC or San Miguel or Ayala, etc., whether in power generation, in power distribution, or retail supply. See the list of players at the Wholesale Electricity Spot Market (WESM) for the Luzon and Visayas grids only (see Table 3). 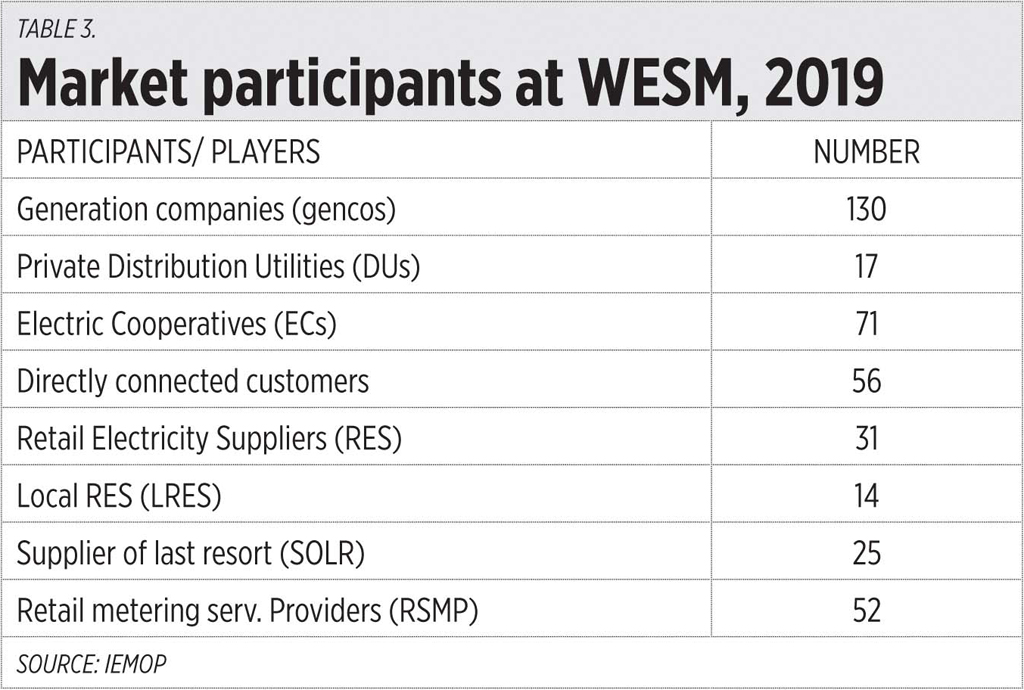 Nationwide, including the Mindanao grid, there are a total of 155 electricity distributors: 21 DUs, 11 Ecozones, and 123 ECs. And to say there is a “monopoly of water supply” is also fake news. There are 584 water distributors nationwide.

Henchman of Bin Laden family to be deported — BI