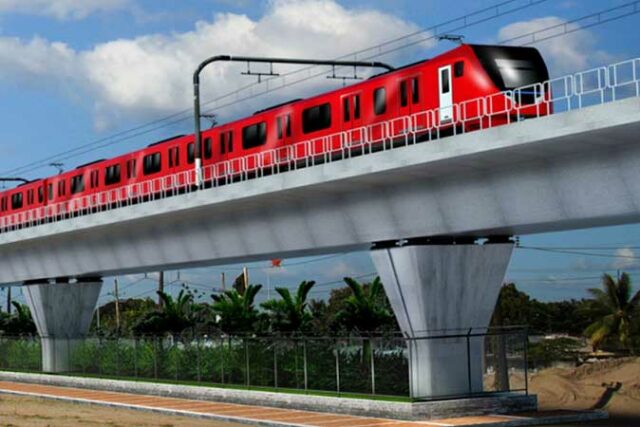 The major projects still pending at the time of the handover to the new administration include the Light Rail Transit-1 (LRT-1) Cavite Extension and the North-South Commuter Railway, the Department of Transportation (DoTr) said on Wednesday.

The DoTr issued the list of projects in a statement after Transportation Secretary Arthur P. Tugade briefed his successor, the new administration’s nominee for the top transport job, Jaime J. Bautista, on Tuesday.

“(It was a) transition briefing (on) completed and ongoing projects and some other issues concerning DoTr matters for turnover, including (projects) for implementation and those that can be continued by the incoming (Secretary),” Civil Aviation Authority of the Philippines Chief of Staff Danjun G. Lucas said in a phone message to BusinessWorld when asked about the meeting.

It added that Metro Rail Transit (MRT) Line 7 and the Common Station are near completion.

Other projects in the pipeline are the PNR Bicol line, the Mindanao Railway Phase 1, the LRT-2 West Extension Project, the MRT-4 Project, and the Subic Clark Railway Project.

In a statement on his Facebook page, Mr. Tugade said of the recent meeting: “We hope for continuity of projects in the new administration and looking forward to more game-changing projects and programs in the transportation sector that will make the lives of the Filipino convenient and comfortable.”

The department said it recently started work on reviving the PNR San Pablo-Lucena Line, and started underground construction on the Metro Manila Subway.

“We have also completed the LRT-2 East Extension and the massive rehabilitation of the DoTr MRT-3 rail lines,” the department said. — Arjay L. Balinbin