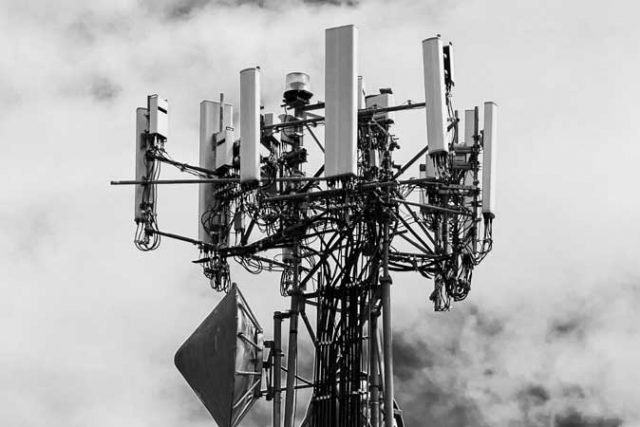 Globe was the tenth most actively traded stock last week with P649.91 million worth of 333,720 shares traded from July 5 to 9, according to data from the Philippine Stock Exchange.

“A possible rotation from reopening plays into COVID-proof stocks likely supported Globe’s share price last week. The index as a whole was sold down but Globe managed to maintain a stable consolidation range,” Luis A. Limlingan, head of sales at Regina Capital Development Corp., said in an e-mail.

He added that investors turned to Globe, seeing that its operations are “relatively less affected by the pandemic.”

“There remains strong demand for data-related services in the country, particularly home broadband — a segment that Globe is still aggressively expanding,” he said.

“Market participants may have opted to position themselves in the company after its aggressive management guidance reports,” he said in a Viber message.

It also expects P70 billion in capital expenditures this year to support its network modernization, and 5G and fiber technology expansion nationwide.

The company said last month that it had at least 88% 5G outdoor coverage in the National Capital Region, with Bonifacio Global City central business district (CBD) and Ortigas CBD having the highest coverage at 97%, followed by Makati CBD with 96% and Pateros with 92%.

Globe announced further expansion of its roster of 5G-ready international partner companies ahead of the travel industry’s gradual recovery from the COVID-19 pandemic.

The telco partnered with Bulgaria’s Vivacom, Vietnam’s Viettel, and China’s China Mobile to provide customers traveling in these locations with 5G roaming services. By August, it will also partner with Tele2 of Sweden and Vivo of Brazil.

During the first three months of the year, Globe’s revenues went up by 2.5% year on year to P37.31 billion. Its attributable net income jumped by 11% to P7.31 billion in the same period.

Data accounted for nearly 60% of Globe’s service revenues during the first quarter, while broadband had almost 20% share.

“Total service revenue growth could hit the high single-digits this year if everything is at optimal level,” Mr. Limlingan said.

Mr. Limlingan placed the stock’s support and resistance levels this week at P1,920 and P2,000, respectively.

“With Globe rallying briefly from its base above the P1,000 area, the stock seems to have consolidated for a few days above the P1,930 level, with P1,970 being the closest resistance area,” Mr. Pangan said.