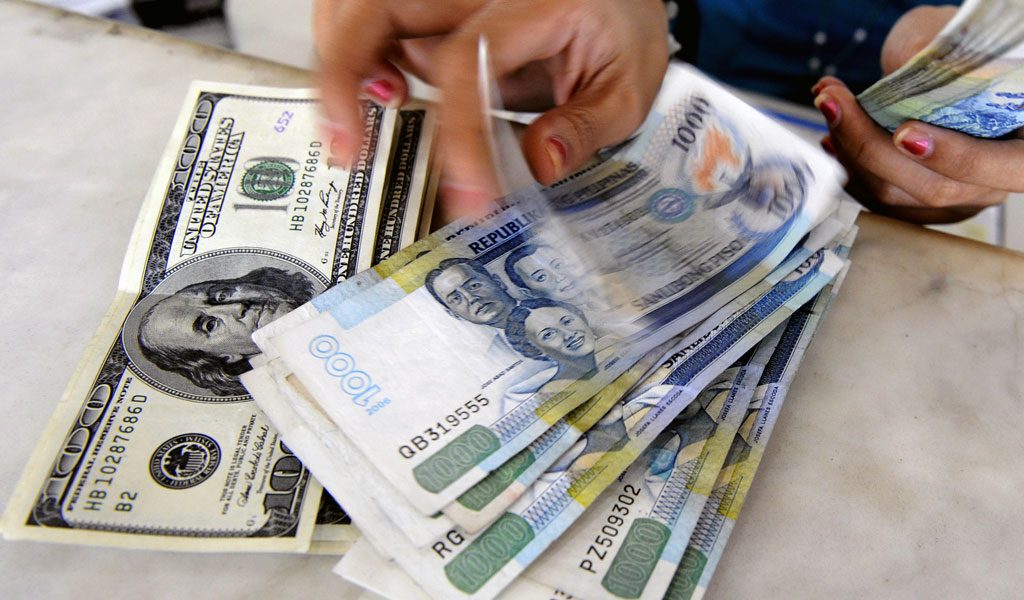 THE PESO inched up against the dollar on Friday on the back of strong remittance inflows amid the holidays.

The local currency closed at P50.04 per dollar on Friday, inching up from its P50.045 finish on Thursday, data from the Bankers Association of the Philippines’ website showed.

The peso opened at P50.05 versus the dollar. Its weakest showing was at P50.09, while its intraday best was at P49.95 against the greenback.

“Peso (was) also slightly stronger amid continued improvement in global market risk appetite with the US S&P 500 closing at new record highs, amid mostly better US economic data recently and some easing concerns over the Omicron variant with less risk of hospitalization based on recent studies,” Mr. Ricafort said in a Viber message.

“The peso moved sideways from thin market activity and some caution over potential developments related to the Omicron variant over the holidays,” a trader said via email.

Wall Street’s main stock market indices went up for the third consecutive session on Thursday after studies showed that the Omicron variant of the coronavirus disease 2019 led to less hospitalization risk, Reuters reported.

Early and preliminary studies from the United Kingdom and South Africa suggest that the Omicron variant is likely milder than other variants. A study from Scotland showed that most people infected with the Omicron variant were less likely to be hospitalized than those with the Delta variant.

Authors of an Imperial College London study also reported fewer hospital visits among patients with the Omicron variant compared with those with the Delta variant. – Jenina P. Ibañez with Reuters

Extending lockdown beyond April could be ‘difficult’ — Pernia