Home The Nation Typhoon Rai may make landfall in Palawan 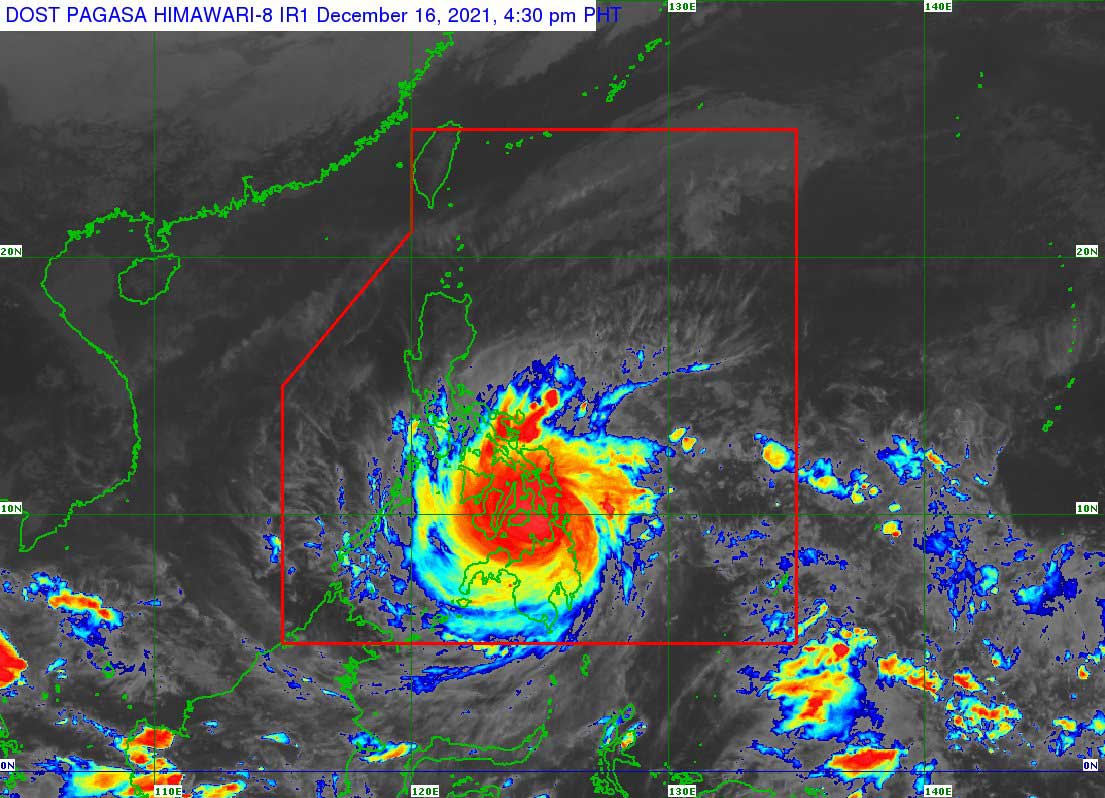 The northern portion of Palawan province was placed under signal No. 3 on Friday as Typhoon Rai, known locally as Odette, was projected to make another landfall there.

Covered by the typhoon signal were the towns of El Nido, Taytay, Araceli, Dumaran, Roxas, San Vicente and Puerto Princesa City, as well as Cagayancillo and Cuyo Islands, according to the local weather bureau.

The eye of the typhoon was spotted 130 kilometers southwest of Cuyo, Palawan, it said in a 2 p.m. bulletin posted on its website.

The storm was packing maximum sustained winds of 155 kilometers per hour near the center and gustiness of 215 kph. It was to cross the South China Sea toward the Spratly Islands before leaving the Philippine area of responsibility by Saturday morning or afternoon, the agency said.

The Agriculture department said it would provide relief goods to farmers and fishermen, including 42,823 bags of rice seeds, 12, 484 bags of corn seeds and 11,132 kilos of assorted vegetables.

The Bureau of Fisheries and Aquatic Resources will provide P1.64 million worth of fingerlings and assistance to affected fisherfolk, while the Agricultural Credit Policy Council will give P100 million in survival and recovery assistance.

“We reiterate our call to the public to continue to remain vigilant, stay safe and dry and cooperate with local authorities to ensure everybody’s safety,” acting presidential spokesman Karlo Alexei B. Nograles said in a statement on Friday.

LANDBANK signs agreement with CPFP on loans for agriculture sector